The Enigma that is Tony Romo

Larry Rankin is a sports analyst with an especially strong penchant for statistical breakdowns.

As a fan of the NFL and a bit of a football historian, I find Tony Romo to be one of the most baffling athletes to have ever played the game. On one hand, he is right up there with the most efficient quarterbacks in history. On the other, he is despised by many Dallas Cowboy fans and viewed as a “Choker.” Strangely, regardless of which camp you’re in, viewing Tony Romo as a choke-artist or one of the most efficient signal callers to ever play the game, you are correct. Thus the enigma that is Tony Romo.

In this article we will be exploring the walking contradiction that is Tony Romo. We will be analyzing his career from both statistical and subjective criteria to try to get a grasp on the identity and legacy of this Dallas Cowboys quarterback. 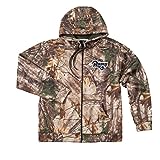 Much of Tony Romo’s early story is quite inspiring. Out of high school he was a moderately recruited quarterback who eventually settled on playing for the Division I-AA Eastern Illinois Panthers. While there he had a stellar career, generating some NFL buzz by winning many accolades, most notably the Walter Payton Award. Despite a significant college career, Romo would go undrafted.

Fighting and clawing his way into the NFL, after three years of development, Romo was given his first chance to start in week 6 of the 2006 season. Romo went on to perform splendidly, posting a 6-4 starting record and leading the Cowboys to the playoffs, where they lost a one point heartbreaker to the Seattle Seahawks.

After the 2006 season, the future looked bright for the Cowboys, but fast-forward 8 years, and still under the arm of Tony Romo, Dallas has only went to the playoffs 3 times with one playoff win. In addition, they have failed to make the post-season in the last 4 years. Cowboy fans are irate and the franchise is in seemingly constant turmoil.

Amidst all of this, Tony Romo has went from media darling to scapegoat, and for the objective fan watching from a distance, it is still unclear which label is most deserved.

What has been Impressive about Tony Romo’s Career?

The answer: stats! Tony Romo has never had a bad statistical season. Hard to believe with all the late season woes? Yes it is, but nonetheless true. They are not the gaudy sort of numbers of a Peyton Manning, but they are the highly efficient numbers of say a Steve Young.

Because Dallas has had so many notable quarterbacks, I feel it fair to compare Romo’s statistical output to Hall of Famer and most recent noteworthy Cowboy QB alum Troy Aikman. Before I am tarred and feathered, I want to make it absolutely clear that beyond statistics there is no comparison between the two. Troy Aikman has 3 Super Bowl rings. Enough said! But from the aspect of statistical output, the comparison is quite fascinating.

When you consider that Romo has compiled his statistics in only 8 years of starting, compared to Aikman’s 12, these really are startling statistics. In fact, the only significant seasonal statistics category that Romo trails Aikman in is career yards, and it isn’t by much. If Romo starts one more season, he will probably surpass Aikman in that category, too.

Obviously Aikman was the better quarterback. He had an 11-5 record in the playoffs for crying out loud! But if you just look at the seasonal numbers on a surface level, Tony Romo is right up there with the most efficient field generals to ever play the game.

If Tony Romo retired tomorrow, how would you characterize his legacy?

And Down the Stretch They Come!

The number one complaint about Tony Romo is that from December on, the crucial part of the season, he chokes up. However you want to describe it, on the final stretch of the season Tony Romo is just not the same player. In all months save December and January, Romo has an astounding win percentage of .658%. In December and January he has an equally astounding (but for an entirely different reason) winning record of .389%. Compare that to Troy Aikman, who had a .564% winning record during these pivotal months

It is beyond bizarre that a player could be so good for over two-thirds of the season and so poor over the last bit. I simply haven’t been able to find a precedent. Think about it. There have been plenty of quarterbacks to never be good: Ryan Leaf, Todd Marinovich, Andre Ware, etc. There have been many quarterbacks to be called chokers at some point in their careers: John Elway, Jim Kelly, and Peyton Manning, just to name a few. But never anything like this.

Take John Elway, for a long time he couldn’t win the big one. Before he finished his career with two Super Bowl wins, a lot of people unfairly labeled him a choker, but if you analyze his stats, his winning percentage is about the same for all months of the season. Jim Kelly never won the big one, but unless you look at Super Bowl alone, he was always a solid player. Peyton Manning does have a slight decline in effectiveness during the colder months, but you can hardly call him inconsistent.

Tony Romo seems to be an entirely different player when it turns December, and I am at a loss to find such a marked case to compare it to. For a player to be among the best quarterbacks to ever play the game until November 30 every year and to be well below average for the months that follow is mindboggling.

For years many fans have tried to discredit the idea that there was any truth to the concept that Romo couldn’t play well when it mattered most. As an unbiased observer, (I am not a Cowboys fan.) I tended to agree with these fans, but after 8 seasons the sample size is large enough to conclude that Tony Romo has a definite problem winning big games.

I can understand how unnerving it must be for Cowboys fans, a rich and storied franchise, to constantly be on the cusp of accomplishing something only to fall short, to see this great talent at quarterback who continually can’t close the deal.

What makes Tony Romo such an enigma is not that he is bad, but that he is so good most the time.

What Needs to be Done?

I think a change of scenery is in order for all involved. Despite everything, Tony Romo is obviously a very talented quarterback. He is no doubt in a rut at Dallas. He doesn’t have many years left, and he needs to try his luck somewhere else.

Cowboy fans need new hope. At this point, a new quarterback would be a welcome change of scenery for fans. Yes, Romo may turn the corner yet, but I feel Dallas fans have wasted all their energy hoping for this to happen and need a new signal caller, for good or ill, to put their renewed hopes and energy into.

I really believe this is the best solution for everybody involved, and the change should have been made a couple of years ago. Both the Cowboy Nation and Tony Romo could do with a fresh start.