They are the best! 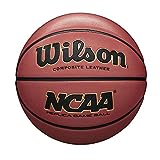 Who is the best of the best?

UCLA. North Carolina. Duke. Kentucky. Indiana. Kansas. Arizona. Connecticut. Michigan. UNLV. Georgetown. Louisville. Michigan State. For college basketball, these teams have represented the best of the best. All are undeniably great programs, but which are the five best programs in Men’s College Basketball?

Even a computer loaded with statistical data couldn’t easily answer this question, because imbedded in the answer is subjective qualities. It is easy to begin with regular season and NCAA Tournament records and simply ask: which programs are the most successful? That shouldn’t be the only criteria, however. Other standards include determining their impact on college basketball. Who were the great players and coaches? What players achieved success in the NBA, or as coaches of other teams? Did their coaches, players and teams change the game, and if so, how? To some degree these are measurable factors, but in other ways they are not. Just as naming the best college basketball player or players of all time will always be subject to debate, so will naming the best teams. I will throw my opinions out there and list, in order, my “vote” for the top college basketball programs in Men’s College Basketball. In order, they are:

1. North Carolina. Roy Williams has achieved unparalleled success at North Carolina, even surpassing the legendary Dean Smith. Two titles in five years gave them five NCAA Championships, trailing only UCLA and Kentucky while tying Indiana for trophies. Their Tournament resume also includes six consecutive appearances in the tournament, 18 Final Four appearances (they are tops in this category) and 15 Final Four victories. They are third behind Kentucky and Kansas in all-time victories and the first program to reach 100 NCAA Tournament wins. Star athletes from their program include Michael Jordan, James Worthy, Sam Perkins (who all played together), Phil Ford, Bob McAdoo, Charlie Scott, Brad Daugherty, Mitch Kupchak, Walter Davis, Rasheed Wallace, Vince Carter, and too many more to name. Coach Dean Smith held the record for all-time victories by a coach until recently passed by Bob Knight, and Coach Roy Williams coached at Kansas with great success for 15 years before returning home. Larry Brown was also a Carolina graduate, and his coaching record included stops at Kansas and UCLA, as well as a plethora of professional teams. The Tar Heels notched their 2,000th victory all-time in March 2010; the second team to accomplish this goal.

2. Kentucky. They hadn't made a Final Four appearance in ten years until Coach John Calipari took over and led the Wildcats to consecutive appearances, culminating in their eighth NCAA Championship. This Final Four drought slips their rankings as one of the top five programs on my list to all of number two. They own the record for total victories and possess eight NCAA Championships, 19 Final Four victories and 111 Tournament victories. The list of Kentucky basketball coaches is impressive and includes Adolph Rupp, Rick Pitino, Tubby Smith, Eddie Sutton, John Calipari and Joe B. Hall. Star athletes from the Kentucky program include Dan Issel, Sam Bowie, Kyle Macy, Kenny Walker, John Wall, Anthony Davis, Kevin Grevey, Tayshaun Prince, Jack Givens, Rick Robey, Ron Mercer, Rajon Rondo, and Mel Turpin. Pat Riley, one of the greatest coaches in the history of the NBA, came from Kentucky. In December 2009, Kentucky became the first college basketball program to win 2,000 games.

3. Kansas. Bill Self followed in the footsteps of coaching legends to bring Kansas a third NCAA championship in 2008, and currently has the highest winning percentage of all Kansas coaches—no small feat since Roy Williams won over 80% of his games there. First of all schools in conference championships with 55, second in total victories behind Kentucky, and currently leading the nation with 23 consecutive NCAA Tournament appearances, Kansas has perhaps the richest basketball history of any school. Dr. James Naismith, the inventor of the game, was KU’s first basketball coach. Coaches including Phog Allen, Dean Smith, Adolph Rupp, Ralph Miller, and Mark Turgeon attended the University of Kansas, and its list of players count Paul Pierce, Wilt Chamberlain, Danny Manning, Jo Jo White, Darnell Valentine, Kirk Hinrich, Raef LaFrentz, Bill Bridges, Walt Wesley, Bud Stallworth, Dave Robisch, Nick Collison, Thomas Robinson and Drew Gooden among their ranks. A 33-win season in 2010 gave KU's program more than 2,000 wins all-time. The only schools to get there faster are listed above.

4. UCLA. The true legends of the game passed through UCLA. John Wooden was the architect of a program that was unrivaled for over a decade, and his accomplishments will never be duplicated. Ten national championships in twelve years and 11 titles overall staggers the imagination. Three consecutive Final Four appearances in 2006-2008 elevates them to second in Final Four Games played and first in victories, with an astonishing 25 wins in 32 games played. Although “only” seventh in all-time victories, the excellence of this program spans the last fifty years and UCLA’s impact on the game is second to none. Players that attended UCLA includes Kareem Abdul-Jabbar, Bill Walton, Jamaal Wilkes, Gail Goodrich, Marques Johnson, Richard Washington, Sidney Wicks, Curtis Rowe, Lucius Allen, Dave Meyers, Steve Patterson, Kevin Love, Kiki Vandeweghe, Henry Bibby, David Greenwood, Russell Westbrook, Walt Hazzard and Swen Nater. Their success includes an incredible 88 game winning streak, and during that time they dominated college basketball to an extent unparalleled in college basketball history.

5. Duke. Mike Krzyzewski’s accomplishments at Duke are unbelievable. Duke is fourth in all-time victories, third in NCAA Tournament victories, third in Final Four appearances and victories, and fifth in NCAA championships with four. All four titles were won under Coach K’s guidance, including two consecutive titles in 1991 and 1992. Duke was seemingly a permanent fixture in the Final Four with five consecutive appearances between 1988 and 1992, and 14 appearances overall. In the 14 appearances they won 15 times. Duke has fielded teams with such great players as Johnny Dawkins, Christian Laettner, Danny Ferry, Grant Hill, Bobby Hurly, Gene Banks, Mike Gminski, Shane Battier, Shelden Williams, Jeff Mullins, Elton Brand and Carlos Boozer. Their coaching lineage includes the great Chuck Daly, Johnny Dawkins, and Tommy Amaker. They have provided us with Jay Bilas, whose calm and rational analysis perfectly counterbalances Dick Vitale and makes him one of the true greats in sports broadcasting.

Honorable Mention: Indiana. Tucked in perfectly between John Wooden’s reign at UCLA and Mike Krzyzewski’s at Duke, Bob Knight’s legacy at Indiana can’t be understated, and he personally lifts the University of Indiana to lofty enough heights to almost make the list. The last undefeated season in college basketball belongs to Knight, as does three NCAA championships (out of five for the school). Their 12 Final Four victories in eight appearances are stellar, as are their 36 trips to the NCAA Tournament and 61 victories. They failed to make my top five primarily because of the hard times fallen upon after Knight left Indiana. Although they made the NCAA title game the next year under Mike Davis, after Knight’s players left the level of excellence could not be maintained, and they are at their lowest point in decades.

There you have it, my friends. While Indiana definitely heads the second five, it is more difficult to establish a rank for the rest of the folks, but I will try. The next five is:

Louisville's stake to their claim as a top ten program was bolstered by their return to the Final Four in 2012. Syracuse spent most of 2012 with North Carolina as the only major rival to Kentucky's dominance. Michigan State also had a strong 2012, solidifying their annual place among the best of the best. Arizona's place on this list has been in jeopardy for awhile, and it is not impossible that a program like Connecticut might supplant them in this list. UConn's recent success has been tarnished by transgressions within the program, however, and for now the Arizona Wildcat's are still in my top ten.

Which University has the all-time best basketball program?