Think back about 65 years to the day that Winter Olympics commentator Dick Button (age 84 in 2014) became the first skater to land a single axel jump (I heard this announced at the 1988 Calgary Olympics) and subsequently in 1948, the double axel, and in 1952, the first triple loop in competition. He invented the flying camel spin. Today, athletes need at least a triple axle and quadruple loop in their portfolio on ice. Techniques in winter sports escalate.

Surya Bonaly (France) was the first person to land the quadruple loop in competition in 1994, but it was disallowed, because she did not submit it in her planned choreography for her program. -- She threw it in on a seeming whim, followed immediately by a backflip with a one-foot landing. I saw every second of this program, as well as her reaction to the judges - she was always dissatisfied with the ice skating judges in these Games.

Brian Boitano's quadruple loop happened after the women's programs were completed and some critics maintain that he did not complete it well - or at all. Today, male skaters complete four of them in a good program.

In the Healthy People 2000 surveys, the opinion of the American public overall was that women should not exercise or perform sports after high schoo graduational, because "it is unhealthy for women and their reproductive systems." Yet, this is not true. All exercise is dangerous for everyone when approached in unsafe ways, and not only for females. Even with safety precasutions, anyone may have an accident. For example, in 2000 Dick Button suffered Severe Brain Trauma in an ice skating fall, but he recovered.

The 2014 Winter Olympiad presented the first opportunity for women to compete in ski jumping.

Men and women use the same Normal Hill for ski jumping at Sochi 2014, but not the Large Hill.

I had never seen women's ski jumping in the Olympics, but thought I had been missing the event because of the local television coverage gaps.

Unfortunately I admit that I was not alert enough about this situation and was surprised to learn in 2013 that women were not permitted to ski jump by the IOC.

Why not? - It might endanger their "peculiar reproductive abilities" and women should be "more graceful." A siggestion was also made that not enough women practice the sport, which is disproved by women in national and world ski jumping events.

If falling down and sliding repeatedly in hot sand during Olympic Sand/Beach Volleyball competitions during intense summer heat when pregnant in the first trimester, has done no harm, then ski jumping probably is not so dangerous as stated - unless perhaps the jumper is pregnant and falls hard from a significant height. Jumping after the first trimester may be risky, but the jumper's doctor and coach are in a better position to advise her than is the general public.

A miscarriage might occur in Women's Ski Jumping, but I do not want to see all female Olympic ski jumpers required to take a pregnancy test. The Olympiad overall has enough physical testing.

Team USA Women Ski Jumpers for 2014 are Lindsey Van and Sarah Hendrickson. Both have either won World Championships or placed high in the finishing scores.

Eleven other new events join the Winter Olympics in 2014. 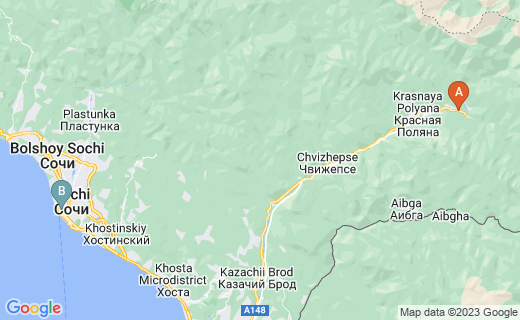 Transportation Among the Venues

Adler Railway Station was built from 2010 - 2013 to serve as the transport hub for the 2014 Sochi Olympics. Its trains travel between the airport and among the Alpine venues, between the Black Sea resort area and competition locations 40 to 50 miles to the north and northeast. The station is expected to transport 20,000 individuals on the opening day of the Games.

Russian leaders saw to it that a bike lane was constructed around the Olympic Park in Sochi. It is the city's first bicycle lane. Sochi has 30 stations at which to borrow a free bicycle, with only a refundable deposit required.

The Hyatt Regency Hotel in central ("downtown") Sochi arranges limousines and rental cars for its customers.

Buses, Minibuses, and Taxis are also available within the city and some of the buses travel to neighboring towns, such as those to the north that host Olympic venues. One source estimates that taxi fare from Sochi to Krasnaya Polyana events is about $70.00 (USD) one-way. The alternatives are cheaper, although travel time is longer.

Ferries travel between Sochi and Turkey across the Black Sea several times a day. 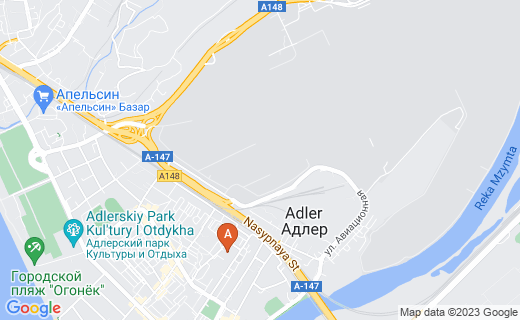 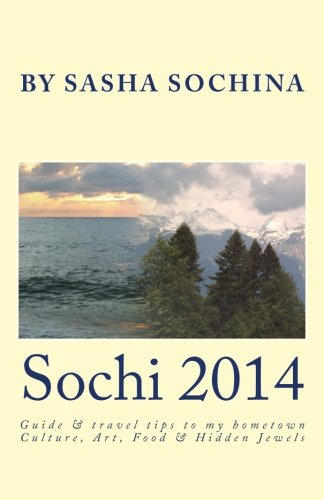 Among the new hotels constructed in Sochi, the Hyatt Regency is located in the central city and close to both Adler Railway Station and the local airport. The address is Ordzhonikidze st. 15-1; Sochi, Russia, 354000. Phone: +7 862 227 1234.

Although prices are not available online at this time, descriptions of rooms and suites (over 200 total accommodations) are luxurious. Every room or suite is guaranteed to have panoramic views of the Black Sea and the city. Amenities are competitive with other luxury hotels globally and a 24/7 club is located on the 14 floor. Limousine and car rentals are also available.

Many hotels operate in this resort city, along with nearly 100 B&Bs. In addition, residents often rent rooms or apartments inexpensively to tourists by meeting the incoming trains and planes and making offers of accommodations.

The City of Sochi is 65 miles in length along the Black Sea.

References for this article:

Luge Relay- A Luge Sled Is Rather Small

I do not enjoy American football as much as a lot of people like it, but I am more interested when it snows on an outdoor field and the players must manage slips and slides as well. I guess that, plus the speed, is why I enjoy ice hockey. However, a relay on ice, similar to a 4 x 100 meter track and field relay sounds like fun to watch.

it turns out that this sport has been in action for a number of years - at least since 2000, with Germany taking many of the medals in the World Championships.

This is a fast event for the participants. The team includes one man luger, one woman luger, and one doubles luge unit (a man and a woman). Each luge single slides down the track and hits a touch pad located OVERHEAD to open the gate up above for their colleagues. The doubles unit does not need to touch the pad, but only to slide as fast as possible. Time begins with the first solo luger begins and ends when the doubles unit reaches the finish line.

Can you imagine someone sliding past a touch pad and missing it? This event will be filled with tension and excitement. The female solo luger goes first down the slide and could lose the whole event with a minor mistake. Good luck to them all! 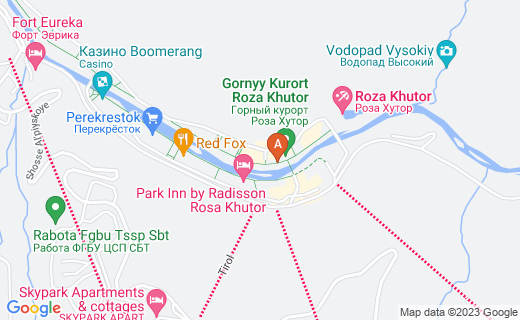 Tribute To Canadian Sarah Burke, Who Gave Her Life For the Ski Halfpipe Event

Men's and women's divisions makes this into two sports.

Snowboard Halfpipe looks dangerous enough, but also very interesting and engaging. How about Ski Halfpipe, where the athlete's legs might go in different directions in a failed trick and cause broken legs?

Danger adds to the excitement of these Xtreme-level sports. In fact, Ski Superpipe. with a larger pipe, has been a prominent part of the Winter X Games since 2002. Using two skis instead of a single snowboard adds extra possibilitites of injury.

A note on Snowboard Halfpipe

Tricks in this traditional event are escalating as well. The magnificent Shaun White is often completing the Cab Double Cork 1440 in competition in 2014, the 1440 indicating degrees of rotation - four full rotations. To these rotations, other tricks are added to from the entire larger trick.

How many rotations is a human being capable of completing a jump in ice skating and in aerial snow sports like the halfpipe? Athletes continue to add more. White is attempting to complete a Triple Cork and has been whiplashed and fallen badly at least once.

Shaun decided not to compete in the January 2014 WInter X Games in order to better prepare for Sochi. Training and competing in halfpipe causes day-after pain and an injury means even more pain. It is best not to enter every competition, but Shaun watches film footage of Xtreme events and prepares mentally.

Slopestyle for both snowboards and skis is a downhill run in which the athlete must combine aerial tricks with stunts completed on boxes and rails.This is another dangerous sport adopted from the X Games. Atheletes are not timed in this downhill event, but receive scores for the difficulty and artistic style of each trick they attempt.

After compting in Slopestyle, athletes might find a plain downhill event rather boring.

Many additional athletes applied to the 2018 USA Team after seeing this event!

This is a men's and a women's event run on a shorter slalom course than used for individual snowboard slalom. Two men or two women slalom side by side in their own lanes down thir assigned identical courses (colored either red or blue) that takes only about 40 seconds to complete.

See the video below for footage of the Parallel Giant Slalom, a similar event, in the Vancouver Games of 2010. 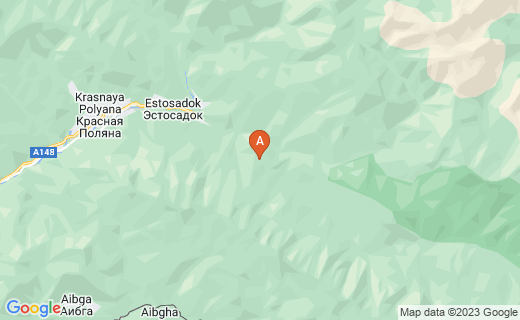 Individual competition in Biathlon can be gruelling, but the extra tension of a relay adds stress and the fun of team competition. Athletes per team include two men and two women.

Athletes first ski up to 4.7 miles per stretch, then fire a .22-caliber rifle at target 50 meters distant. 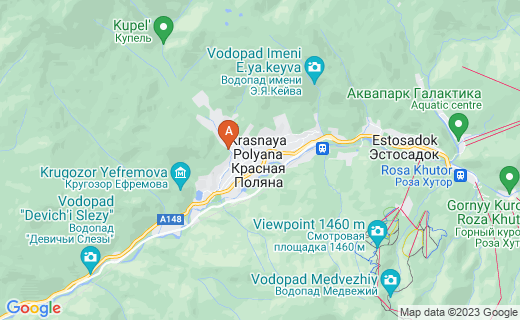 Krasnaya (Red) Polyana (Meadow or Glade) is a Russian State Nature Preserve about 40 miles northeast of Sochi. It is also a part of the Western Caucasus Mountains.

This Olympic event includes a little of everything done on skates, except school figures (figure eights and other figures), which were eliminated some years ago.

The competition among Olympic teams in this relay event requires three days to complete and will be held before the Sochi 2014 Opening Ceremony on February 6, 2014 at the Iceberg Ice Skating Palace in central Sochi. This gives the Olympiad three more days of sport entertainment. 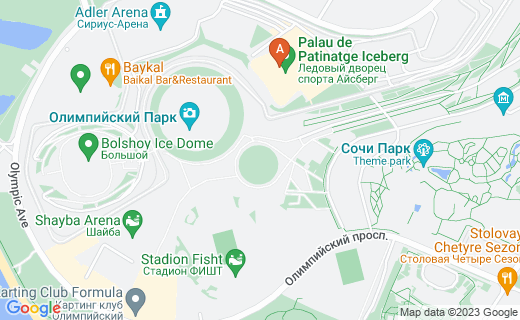 I still like Freestyle Ski Jumping, which was at one time called Hotdog Ski Jumping.