What are the 12 best or biggest plays in S.U. Basketball history?

This was great to listen to.

I was recently listening to a radio show named, Upon Further Review on 1200 WTLA, in Syracuse, N.Y. They were talking about the best plays in Syracuse University Basketball History. Even Head Coach Jim Boeheim chimed in. It was a great conversation that made for a fun series of shows. 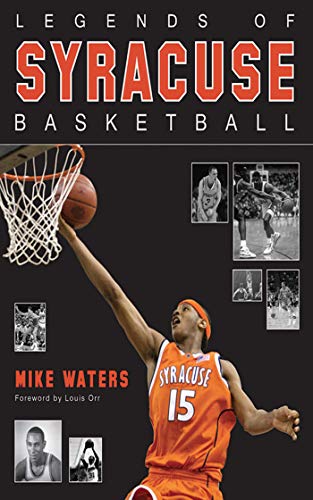 It was also fun to write about.

This prompted me to write a piece including two of my favorite things to blog about- Syracuse Sports and top 12 lists. Here are my favorites, and in my opinion the best 12 plays in Orange history. Some were game changers and others were just amazing when standing by themselves.

I will soon do a list of the best S.U. football plays ever, the best S.U Basketball Teams, and the best players. So, please be on the lookout.

Syracuse Basketball has a long history filled with great plays! Some are absolutely magical! Here are the ones that I call the 12 best!

Before I start the list, I want to make it clear that whenever I do a list, I have to leave some choices out whether I want to or not.That is the dark nature of lists, unfortunately!

So, I will say that I hate to leave out great dunks by Paul Harris, Mike Jones, Todd Bergan, Raf Addison and Jeremy Grant. They are all noteworthy but not all can make it of course. Also, there are some great steals, rebounds, passes, and buzzer beating shots that didn't make it.

12. Donovan Mc Nabb- The 6 time Pro Bowl NFL Quarterback stand out, dunked his way into our hearts before he lead the Philadelphia Eagles to success. This may seem like an odd pick, but he had some amazing moments on the hard wood as well as the turf! He also came in against the most hatred rival, Georgetown,because of foul trouble and stole the show!

But here is that one huge play...Syracuse was in severe foul trouble to the point that small forward, Todd Bergan was playing Center. Donovan had 10 points on 4-5 shooting. But what stands out is the block when 6'9", 280lbs Georgetown center Jahidi White, went for a dunk. Mc Nabb stuffed him and S.U. won 77-74. That block is number 12.

11. Gerry MacNamara - This youngster had so many great shots in his four years on the Hill!

One of my favorites was a steal and a quick shot just before half time, against the Mizzou Tigers. That looked impossible, until the shot went in! He caught the bad pass, landed turned and ...swish! S.U. won that game and the NCAA title later that season.

10. Sir Lawrence Moten-. His has a huge reel of highlights, but I like this one. As a rookie, his broke the freshman scoring record with 32 points in the Dome against the Pitt Panthers. His team trailed by 3 at half time. Lawrence hit a big 3 pointer to raise the roof and seal the deal! This was an awesome day!

9. Jonny Flynn Dunks over a Rutgers player on the road. He went so high, that he literally went over this player to jam! He was known for amazing passes in traffic, great shots and...monster dunks!

8. Sherman Douglass, master of the "alley oop" pass, could dunk, shoot and steal, but those passes were unreal! In 1988, the season after the title loss to Indiana, the Cuse hammered that same team and made a statement. Sherm picked up a deflected lay up, and looked behind him by putting his head between his legs. Then he threw a 60' "hike" pass to a cutting Stevie Thompson for a lay up! It was awesome!

7. In 2006, Gerry MacNamara, lead the Cuse to an unlikely Big East tournament Championship. Gerry, as usual, hit a huge 3 pointer to beat the number team in the country, U Conn! S.U. went on to take the whole tournament that weekend.

6. In 2009 a game that will live on forever took place in the Big East Tournament in MSG. Six overtimes were needed to decided the team that would play Louisville for all of the marbles. In the dog fight of the year, Paul Harris missed a dunk. He got his own rebound, and scored on 2 U Conn Huskies, and got fouled! S.U. never gave back the lead, and ended this battle in the 6th over time, 127 to 117.

5. Johnny Flynn- In that same game, J. Flynn went in on 2 Huskies and worked his magic to score on their big man! His between the legs, reverse lay up and one, kept the Cuse in this one long enough to win it!

4. Leo Rautins-
Syracuse won the first ever Big East Tournament in 1981. It was not easy! In fact, it came in triple over time. Even though the Orange were 15-11 at the end of the season, they were in the fight of their lives for the conference title. After a rare 12 footer miss from stand out guard Eric Santifer, Leo rautins fought for perfect position and tipped the miss in! Despite Rollie Massimino's antics and surperb coaching , THe underdogs on the hill, took their first trophy!

3. Dwayne "the Pearl" Washington, one of the most popular players ever, makes the list with a great shot. Syracuse was tied in the Dome with Big East rival, Boston College. With time running out, the Pearl heaved a half court shot that won and rocked the Big East almost as hard as it did the Dome! 1/21/'84 is when the impossible buzzer beater sank! Many would have liked to see the knock out punch delivered to Pat Ewing. Even though the Pearl got away with it, I couldn't add that moment. Though it was unreal...I can't condone that anywhere at any time!

2. John Wallace- In the 1996 Sweet 16, Syracuse faced a tough Georgia Bulldog team.The scrappy Bulldogs had just beaten the number one seed and was looking to advance over Syracuse. In over time John Wallace, number 44, dashed those dreams. The Cuse trailed by 2 points in overtime. Wallace took the inbound pass, and dribbled up to the 3 point line. The senior power forward decided to take the three pointer with 3 seconds left and S.U. scored a great victory that lead them to the championship game!

Since you have not seen this play yet, I am sure that you know which one is on the top!

Hakim Warrick- Syracuse had pulled away from Kansas in the 2003 National Championship Game, and had built a great lead. All of a sudden, The Jayhawks had stormed back. S.U. missed some key free throws and Kansas had all of the momentum in the world! With time running out, the Cuse were desperately clinging to a 3 point lead. Kansas had the ball and were attempting to tie this huge game at the buzzer, with a 3 ball. All of a sudden, as an open shot was being taken, power forward Hakim Warrick, leaped from literally, out of nowhere to block this would be devastating shot. Because of this freakish highlight among highlights, Syracuse won its first and so far, only NCAA Basketball Championship!

Now it is your turn! Please leave me a comment below on some of your favorites!

Please read this one too!