A great treasure, a great price! 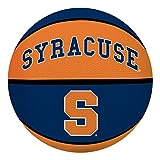 A book about an epic journey!

What were some of the best wins out of the 900?

As most expected, Jim Boeheim picked up his 900th win on December 17th. It didn't come drama free, but it did come!

Only 3 coaches have won this many games. Boeheim is the first to achieve this at one school!

After the game, I had a few thoughts. One was that Detroit staged a great come back that fell short but was unexpected. Next, how unfortunate it was that this coach made an untimely, and misinformed political speech the way he did in front of ESPN. And of course, what were some of the best wins that S.U. hoops have gotten over the years?

The Best of Boeheim's wins-

Most people, if asked would say that the National Championship win over Kansas in 2003, or the 4th round win over UNC in 87' were the greatest. Of course, they were great wins. But who can forget the more dramatic wins in the Big East?

-I remember the 1981 win over Villanova in the Big East Tournament. S.U. trailed by 6 points late in the game. They came back and a Leo Rautins tip in, sent the came to overtime. In fact it took 3 overtimes for The Orange to win the first ever Big east Tournament Championship 83-80!

- Then, one must remember the battle at The Garden where Johnny Flynn lead the Cuse to a victory over the mighty UConn! It only took 127 points and 6 overtimes. That was an amazing battle and test of will that I have ever seen since!

-How can anyone forget the night that S.U. looked destined to face overtime against Boston College? Dwayne Washington doesn't! He was the hero who buried a half court shot at the buzzer to push his team over the top! Then he ran straight to the locker room before his fans could overwhelm him.

- One that has been forgotten is the 2003 game at Michigan State. The Spartans missed several tip in attempts in the final seconds, and Syracuse won by a point. The Big orange went on to win it's first national title.

-I also remember when John Wallace lead the Orange over Kansas in 96' for another trip to the Final Four! Syracuse University pounded a weak Montana State, and then face Drexel, who upset Memphis. Most said that Memphis would eliminate the Cuse in the second round until Drexel pulled off the upset. Then, we faced 8th seed Georgia instead of the number 1 seeded Purdue. It looked like our run was simply based on luck! Then, the luck ran out as the team from the Salt City had to face number 2 Kansas.Still, though underdogs, Syracuse won by 4. That great victory also lives on in history!

I haven't even mentioned any of the great wins over the fiercest of rivals...Georgetown!

This is shaping up to be a great season, so strap in, enjoy and tell me what some of your favorite wins are!

Brand new off the presses!

In April of 2003, Jim Boehiem and the Syracuse University Basketball program won their first and so far, only National Championship. It was a grueling and fantastic season that included 5 wins over Big 12 teams, and a heroic finish for the underclassmen to tople the favored Jay hawks of Kansas!

I am often overwhelmed when I think of all of the great players and awesome moment that have come from this program. When Jim retires he will know that he let this sport better than he found it!