Why Newcastle United Are Back!

I discovered Newcastle United back in the late 90’s when the English Premier League was rising and I decided that I needed a team. Around this time my brother-in-law and family were coming to visit us in Australia and he told me that he was a Geordie supporter and that maybe I should become one as well.

I never really understood football (soccer as we call it in Australia) and found the game a bit boring, especially when you compare it to Australian Rules Football. But as he explained that Newcastle are the Magpies (my local South Australian AFL team is also the Magpies) I thought I would give it a go. So started my passion for Newcastle and my development of a love for EPL and football in general.

Since I became a supporter Newcastle has been mainly a mid-table side jousting for one of the last positions in Europe each year. Newcastle since the mid-90s has never challenged the top of the table and will struggle to ever win the EPL. But they have sneaked Europe by winning the InterToto Cup one year and another year getting access via being the Fair Play side. There was also relegation a couple of years ago into the Championship that lead to an immediate promotion back into the EPL and a year of consolidation this year.

So, after a very solid year Newcastle are in 6th position and looking likely for a European slot next season. But how has Newcastle been resurrected?

In 2007 self made millionaire, owner of Sportsdirect.com and Newcastle fan, Mike Ashley bought the club. He isn’t well liked by all of the fans, but he has settled Newcastle into becoming a stable business off the field and this is now leading to on field success.

For the first time in a long time, Newcastle are in a healthy situation on and off the pitch, challenging for a place in Europe next season and very nearly back in the black.

When he took over, Newcastle had an external debt of £65m. When they were relegated from the Premier League in 2009, their wages to turnover ratio was 83%. That is like earning £20,000 a year and buying a £1m house - an unsustainable situation.

This revolution in the off field finances has enabled Newcastle to balance the books in the playing side as well. Considering that Newcastle sold Andy Carroll for £35m there has been very little of this spent in the transfer market. While Carroll is overpriced and struggling to perform for Liverpool, Newcastle have banked the profit and used most of the funds to reduce debt.

This has enabled the club to focus on retaining key players such as extending the contracts of Captain Fabricio Coloccini, goalkeeper Tim Krul and Ryan Taylor and investing in new striker Papiss Demba Cisse for £10m in January. The club are also already working on adding to their squad in the summer.

To finalise the team, especially in they are successful in getting a place in Europe, the club needs to invest in a couple of mid-field players that can add competition for places as well as increasing the talent pool with more play makers.

Another investment of £10-15m will round out this side.

One thing about Newcastle this year is that they are not a pretty team to watch or play against (they are leaving the pretty stuff to Barcelona!) But they are being effective, using the scant resources that Mike Ashley allows them to use.

With any luck we will see Newcastle have a good league run next season again, and hopefully, a series of strong cup performances both home and abroad that might, just might, lead to some silverware that this club has be starved of in the last 30 years. 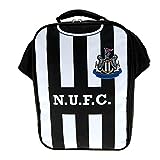