The 2010 Winter Olympics at Vancouver are exciting to watch as athletes from all over the world come to compete. One of the oldest sports on the roster is Alpine Skiing, also known as downhill skiing. There are 22 athletes from Team USA competing in Alpine Skiing at the 2010 Olympics.

Alpine Skiing takes its name from the famed European Alps. The sport has been around for almost 150 years and remains an extremely popular activity today. Alpine skiing differs from other types of skiing because the heels are fastened down to the skis. The alpine skiing events at the 2010 Olympics are Slalom, Giant Slalom, Super-G, Downhill, and Combined

Be sure to check out my other hub covering the men's alpine ski team!

Stacey Cook isn’t new to the Olympics. In 2006, she competed at Torino but didn’t place. She competed in the Worlds Championships in 2007 and 2009. She was the US Super-G champion in 2006 and 2008, and the US Downhill champion in 2008. Stacey comes to her second Olympics with a lot more experience under her belt.

Stacey started skiing at Lake Tahoe when she was four years old. She received a scholarship to the Northstar racing program when she was ten. Stacey has been a serious skier ever since. Stacey is the middle child, with two brothers. When she’s not training, Stacey loves to spend time in the California outdoors.

Hailey Duke is ready for her first Olympics. She has won a silver and a gold from the US Championships. In 2008, Hailey won two Europa Cups. In 2009, she was on the World Championships Team.

Hailey is from Sun Valley, Idaho. Both of her parents were ski instructors, and she started skiing at the age of two. Before concentrating completely on skiing, Hailey competed in martial arts as a teenager. Although she no longer competes in taekwondo, Hailey still uses her skills for cross-training. She has also studied at DartmouthCollege.

Julia is from Lake Tahoe, California, but she also spends time training in Hawaii, where she enjoys surfing. She also models and recently started her own lingerie line.

Chelsea Marshall has won several medals in the US Championships and NorAm Championships. She was a World Teams member in 2009, but she suffered a back injury that held her back from competing. This year Chelsea hopes to show her stuff at the Olympics.

Growing up in Vermont, Chelsea started ski racing by following in the footsteps of her two older brothers, who also became professional skiers. During the summer as a kid, Chelsea took swimming from her mom, but skiing was her real love. Chelsea also loves to bake for her teammates. 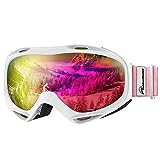 Megan McJames is still young and she has a lot going for her. She has won three NorAm Championships and competes regularly at the World Cups. Megan broke her wrist in 2009, but was only set back a few weeks.

Megan hails from Park City, Utah, having attended the Winter Sports School there. She’s been on skis since she was a toddler. When she’s not skiing or enjoying the outdoors, Megan is studying through Westminster College. Like teammate Chelsea Marshall, Megan enjoys baking.

Alice McKennis, the youngest athlete on the ski team, is barely out of juniors, but she is already proving to be a top athlete. She rocked the NorAm in 2009. Inexperienced, yes, but Alice is ready to make history.

A Coloradan by birth, Alice has been skiing as long as she’s been walking, and she’s been racing since she was only five years old. She grew up on a ranch, but still managed to realize her dream of being an Olympic skier.

Kaylin Richardson is back for her second Olympic games. Kaylin has won quite a few championship medals, both in juniors and seniors. She has competed in Worlds Championships, US Nationals, NorAm, and the World Cups. In 2009, she won her second US Downhill title.

Originally from Minnesota, Kaylin followed her older brothers into ski racing when she nine years old. Kaylin, a Christian who desires to make a difference in the world, is working with World Vision to raise money for a school in Zambia.

Sarah Schleper is perhaps the most experienced skier on the team as well as the oldest female. Vancouver 2010 will be her fourth Olympic games. As well as competing in every Winter Olympics since 1998, Sarah has participated at Worlds in 2001, 03, 05, and 09. In 2007, she was forced to stop competing because of a torn ACL.

Sarah is a native of Colorado, and like so many skiers, she started on skis at a very early age. Her father owned a ski shop in Vail, and skiing came naturally to Sarah. While recovering from ACL surgery, she fell in love and was married later that year. In 2008, Sarah became a mother. She hasn’t given up skiing however, and her husband stays at home while she continues to ski competitively.

Leanne Smith hasn’t been competing on the US Ski Team for too long. She made Ski Racing Alpine Junior of the Year in 2007. In 2008, she placed well in the US Championships as well as the World Cups. But early in 2009, she suffered a torn ACL. Leanne has recovered and hopes to do her best in Vancouver.

In the snows of New Hampshire, Leanne began skiing following her older sister. When she was only nine years old, Leanne broke her leg and tore her ACL. She was forced to wear a brace for several years. But her physical struggles haven’t brought Leanne down. She loves to have fun and is known as the comedian of the ski team.

Lindsey Vonn, a fan favorite, has been extremely successful in her career as a downhill skier. She won the overall World Cup championships in 2008 and 2009, becoming the first American woman to do so. She also holds four World Championship medals. Lindsey competed in the 2002 and 2006 Olympics, but has yet to win an Olympic medal.

Lindsey is originally from Minnesota, but now calls Vail, Colorado her home. Lindsey has suffered multiple injuries due to skiing accidents, but she always recovers to continue doing what she loves. She competed as Lindsey Kildow until she married fellow Olympian Thomas Vonn in 2007.

Who's your favorite alpine skiier?

Read more of my hubs about the Olympics!