On January 25, 2010, only a few weeks before the Opening Ceremonies of the Winter Olympics in Vancouver, the US Snowboarding team was announced by the US Ski and Snowboard Association (USSA). 18 American athletes have hopes held high as they prepare and train for perhaps the biggest event of their lives. Go Team USA!

There are eight women set to compete in the snowboarding events at the 2010 Olympics. Some are newbies while others are veterans of the Olympics, but all are very talented athletes who are eager to get the gold.

Be sure to check out my other hub about the men's snowboarding team!

Hailing from Aspen, Colorado, Gretchen Bleiler has been snowboarding for 14 years, since she was 14 years old. Her years of hard work have paid off: Gretchen won a silver medal in the 2006 Olympics, placing second only to Hannah Teter who is also returning this year. Gretchen is also a three-time gold-medal winner of the X Games and is a pro when it comes to halfpipe. She was the first female snowboarder to land the crippler (inverted backside 540) in competition.

Gretchen Bleiler spent her childhood in Ohio, but her life changed when her family moved to Colorado. She discovered a great love for snowboarding, and the rest is history. She has won numerous medals in the halfpipe. In 2008, Gretchen designed a clothing line for Oakley. Recently, Gretchen married Chris Hotell, who she had been dating since 2003. Gretchen and Chris had a destination wedding in Costa Rica in June 2009.

Kelly Clark, recognized as one of the top female snowboarders in the world, is back for more. At only 18 years of age, she won gold at the 2002 Olympics in Salt Lake City. Even though she only placed fourth in the 2006 Olympics, Kelly is still a champion in her sport. She has won many competitions, including two X Games gold medals.

Growing up in Vermont, snowboarding came naturally to Kelly Clark. Her first board was one of those cheap plastic things from K Mart. At 18, Kelly was at the top of her sport. She had an Olympic gold medal, fame, and everything she could have wanted. But Kelly claims that all this wasn’t enough until she believed in Jesus Christ.

Elena may be young, but she isn’t new to the Olympics. In Torino 2006, she placed sixth in the halfpipe, not bad considering her competition. She won a bronze medal at the 2007 Winter X Games. Elena was the youngest female rider to land a backside 900 in a halfpipe competition.

Surprisingly enough, Elena was born in Kauai, Hawaii, not exactly the usual place where snow-lovers are bred. Nevertheless, Elena started snowboarding at an early age, and has been competing for years. Elena always wears a helmet in competition due to several head injuries. She is bound to impress with her progressive style.

From Hawaii to Tahoe

Hannah Teter is definitely a rider to watch. She has won every major halfpipe competition there is, except the US Open. In the 2006 Olympics, Hannah won the gold medal at only 19 years old.

A native of Vermont, Hannah comes from a family of snowboarders. The youngest of the Teter siblings, Hannah has claimed more fame than any of them. But even with all the glory of being a top athlete, Hannah has found the time to be an active donor to several charities, including her own called “Hannah’s Gold” for which she sells Vermont maple syrup. She donated all of her prize money from 2009 to help a village in Kenya.

To many, Callan Chythlook-Sifsof is an unrecognized name. But Callan holds her own in snowboard cross. She placed third in her very first World Cup. Although Callan suffered an injury in 2009, she is back on her board and ready for her first Olympics.

Callan, of Eskimo blood, grew up in the middle of nowhere, a.k.a. the “bush” of Alaska. She used to snowboard down a small hill near her home. Although she has had quite a bit of success in competitive snowboarding, Callan is planning on going to school to be an astronaut.

Newcomer Faye, Gulini, has been rising in the ranks in superpipe as well as SBX. As the youngest rider on the snowboarding team, Faye has a lot to compete against.

Faye grew up in the Rocky Mountains, home to some of the world’s best powder conditions. Still in high school, Faye will have to balance her school with her snowboarding.

Lindsey Jacobellis is coming back to her second Olympics. Almost getting the gold, she won a silver medal in Torino at the Olympic debut of snowboardcross. Lindsey is recognized as the most successful boardercross competitor, men and women included, winning many competitions, including the X Games and numerous World Cups.

Lucky Lindsey was first interested in snowboarding as a child because of her brother’s activity in the sport. Growing up in New England, snowboarding has been a huge part of her life. 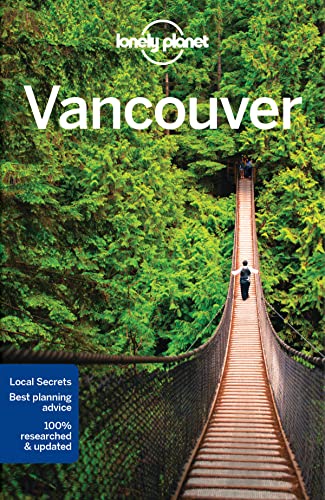 Michelle Gorgone had a good season in 2009, competing in the World Cup series. 2010 will be Michelle’s second Olympics. She placed 22nd in PGS in Torino.

An Italian from Boston, Michelle Lynn was named after a Michelin commercial. But her nickname is “Pirelli” after the Italian racing tires. Michelle is best known for her snowboarding skills, but she is also a singer. Before the Olympics, she auditioned for American Idol. After snowboarding, Michelle plans on going to college to study advertising. 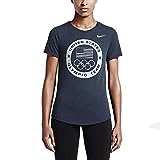 Love to watch the X Games?

Vote on your favorite female rider

Read more about the Olympics!