Yoga Videos That Have Inspired Me

There are thousands of yoga videos online, on YouTube and other websites. Some are inspiring, some are funny, many are not particularly well-done and some are just plain weird.

Here are a few of my favorites, mostly found on YouTube, but a couple from other sites. They've all impressed me or inspired me in some way. I'm an Iyengar Yoga teacher and student, so most my selection is related to Iyengar Yoga.

Some people comment that these types of demonstrations are really anti-yoga -- that it is egotistical to perform for others. But I look at these demonstrations as ways to inspire people and to encourage them to practice more.

The practice of yoga is not just learning and doing the asanas (postures), but it's a good start. Practicing the asanas starts to develop our awareness so that we can learn to be more fully present in each moment.

Image from The Body is My Temple, Asanas Are My Prayers on YouTube

Yoga is a very important part of my life! I've been practicing and taking Iyengar Yoga classes since 1993, and teaching since 1999. I love sharing with other people, including my yoga students, why this practice is so special to me.

The videos I include here are those that inspire me to study and practice yoga more. Some showcase what B.K.S. Iyengar was able to do as a young man, and throughout his life. He passed away on August 20, 2014 at age 95.(You can see a couple of photos of him from January 2013 on Andy Richter's blog).

A couple of the selections here are of Iyengar Yoga practitioners who have their own life challenges, included Matthew Sanford, who is a paraplegic, and Garth McLean, who manages his multiple sclerosis with the practice of yoga. Both are certified teachers in the Iyengar tradition.

I included the others because they are beautiful to watch, or instructive for people wanting to learn more.

Iyengar and Krishnamacharya in 1938

B.K.S. Iyengar was 20 years old here. Krishnamacharya was his brother-in-law, and his yoga teacher. B.K.S. Iyengar went to live with his sister and brother-in-law when he was 15 years old. Krishnamacharya ran a yoga school in the palace of Mysore. Do you notice that he's practicing on a rug, and not a yoga mat. Our "modern" yoga mat wouldn't be invented until much, much later!

This video is taken in 1991, when B.K.S. Iyengar was 73. The video is a little jumpy around the 1 minute mark, but impressive nevertheless. (Does anyone know what kind of bird is singing at 1:41?? -- I studied in Pune for a month a few years ago, and heard it everyday, but couldn't figure out what the bird looked like....)

Guruji is 94 now (2013), and still has a good practice, although with much more support. (Yoga poses can be practiced in some form for most people of any age!) He continues to practice backbends to keep his spine supple and his chest open. This keeps him young!

The Body Is My Temple, Asanas Are My Prayers

This is currently my favorite short video about B.K.S. Iyengar. It's a compilation of his demonstrations at different stages of his life, from age 20 through his 70's (or 80's?). The accompanying music is gorgeous!

Matthew Sanford was paralyzed from the chest down after a devastating car accident when he was 13. When he was 25 he took his first yoga class. Now he is a certified Iyengar Yoga teacher and he works both with able-bodied yoga students and those with disabilities.

Also read his book Waking: A Memoir of Trauma and Transcendence 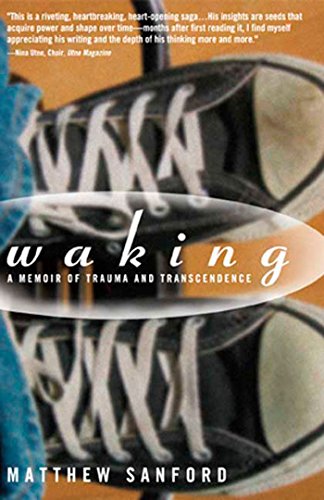 Waking: A Memoir of Trauma and Transcendence
This book is about Matthew's life as a paraplegic, after an accident when he was 13. It talks about his intensive care experiences after the accident, his introduction to yoga,and eventually becoming a yoga teacher, and his exploration of what it truly means to live in a body.
Buy Now

Courage and Caution -- Battle with MS

These two videos are from a demonstration thay senior Iyengar yoga teacher Glenn Ceresoli gave at a New Zealand Hindu conference in 2008. He starts with simpler variations and moves into more and more difficult and complex poses. His control is awesome!

Patricia Walden is one of the top two certified Iyengar Yoga teachers in the United States (the other is Manouso Manos), and she's well-respected throughout the international Iyengar Yoga community. She is known in part for the elegance and ease in which she does backbending poses, as shown here in this lovely video.

This video was made recently, and Patricia Walden is in her early 60's now. She's an inspiration anyone who practices yoga, and I'd say especially to those of us who are also in the second half of our lives.

Yoga Videos for Your Own Practice

These two videos are good for starting your own yoga practice, or for taking your practice to a deeper level. They're older videos, but continue to be excellent.

One aspect of Iyengar yoga that I appreciate is the beauty of a well-executed pose -- it becomes a work of art. The poses in these videos form strong geometrical shapes with clean crisps lines showing the extension of the arms, legs, and trunk.

John Schumacher of Unity Woods Yoga gives good clear instructions for coming into these poses. At the beginning of each video, he talks a little about Iyengar yoga and it's focus on learning precise alignment in the poses, thus turning the practice into a meditation in action.

These are just two of the 10 or so instructional videos that he has on YouTube.

This book is the one I most recommend to my students. It has good, clear instructions and large well-detailed photos for the basic poses (as shown in the John Schumacher videos above) as well as for more difficult poses.

Ana Forrest is not an Iyengar Yoga teacher, although I think her earlier yoga background was in this system.

The first time I became aware of Anawas in a Yoga Journal calendar. She was doing the arm balance Firefly Pose -- I remember her toes were spread, looking like stubby little wings. I was very impressed with this strong woman!

I took a class from her during the first Annual Midwest Yoga Conference, which was in Ann Arbor MI (where I live), and sat behind her and her assistant in another class I took. To me she embodies the warrior side of yoga! If I had not already chosen to study the Iyengar yoga method, I would've considered studying with her. 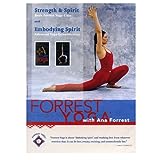 Strength & Spirit/Embodying Spirit (combo DVD)
This is a two DVD combo -- "Strength and Spirit" is a good thorough yoga workout for beginners and intermediate students. Variations are shown to take into account the difference in experience levels. "Embodying Spirit" is a demonstration DVD to inspire. It shows Ana going through advanced poses with strength and grace. I have this combo, and think it's an excellent representation of her classes and her demonstrations.
Buy Now

Ashtanga yoga is a "sibling" of Iyengar yoga. Both B.K.S. Iyengar and Pattabhi Jois (Ashtanga yoga) were students of Krishnamacharya.

What impresses me about this demo is how the practitioners float in their jumpings. They have strong, beautiful poses.