As the 2014 Football Season gets underway, fans of AFC teams settle in to cheer their favorite team.

You can support your favorite team all year long with their logo on a beer stein. Watching football anytime is fun and having a reminder of your favorite team on your beer mug makes the game even better. Some beverage coasters for your drinks are also shown.

This page focuses on the NFL teams in the AFC. The NFC teams page can be seen on a separate Hub. Let's Go Team! 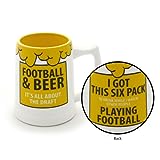 The American Football Conference - Eastern Division or AFC East - was formed in 1960 and currently has the following four teams:

The New England Patriots are located in the greater Boston area, playing their games at Gillette Stadium in Foxborough, MA. They used to be called the Boston Patriots, until they relocated to the Boston suburb (22 miles away) of Foxborough in 1971.

Sometimes called "The Pats", the New England Patriots have become one of the most successful teams in NFL history, mainly due to head coach Bill Belichick who arrived in 2000. They are third in appearances in a Super Bowl with seven and have the most appearances in the last 25 years. They have won all but two AFC East titles since 2001, and have not had a losing season since 2000.

It's been 40 years since the Miami Dolphins won a Super Bowl. Dolphin fans sure would like to someday see a repeat of 1973.

The New York Jets ended their 3rd season in the new MetLife Stadium, which is part of the Meadowlands Sports Complex, in East Rutherford, New Jersey.

The Jets began in 1959 and were known as the Titans of New York. They became the 'Jets' in 1963 and won the Super Bowl in 1968. Since then, they have been in the Playoffs 13 times, but have never returned to the Super Bowl. 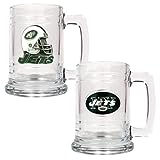 The Buffalo Bills have played their home games at Ralph Wilson Stadium since 1973. The Bills are the only NFL team to play their home games within New York state. (Both the New York Giants and New York Jets play in East Rutherford, New Jersey.)

Doug Marrone is the new head coach for the Bills. 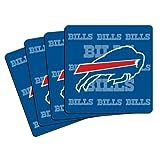 The AFC North adopted its current name in 2002, when the league realigned divisions after expanding to 32 teams. It is the only AFC division to be the successor to a former NFL division from 1967. Teams include:

The Baltimore Ravens were formerly the Cleveland Browns until the owner moved the team to Baltimore and consequently lost the right to the team name & logo. Since moving in 1996, the Ravens have experienced great success in their brief history, making the playoffs nine times since 2000, with two Super Bowl victories, several other championships, and are currently the only team in the NFL to hold a perfect record in multiple Super Bowl appearances, their most recent win being the last one ~ Superbowl XLVII . 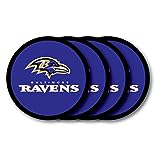 The Cincinnati Bengals football team was founded in 1968 and play their games at Paul Brown Stadium in Cincinnati. Their coach is Marvin Lewis, who has been with the Bengals since 2003, making him the 2nd longest head coach in the NFL. 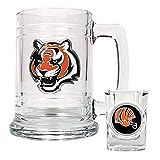 PIttsburgh, Pennsylvania is known for its sports teams. Pittsburgh has the Pirates in baseball, the Penguins in Hockey and the Steelers in Football. The flag of Pittsburgh is colored with black and gold, based on the colors of William Pitt's coat of arms. and Pittsburgh is the only city in the United States in which all professional sporting teams share the same colors. It truly is a 'City of Champions' and has earned the title "Best Sports City".

The Cleveland Browns football team was established in 1946 and joined the National Football League in 1950. They played in Cleveland until 1995 when owner Art Modell announced he was moving the team to Baltimore. A huge outcry and lawsuits occurred, resulting in the team moving, but Cleveland maintaining the rights to the team name & colors, logo and history. For the next 3 years, there was no Cleveland Browns football team, until an expansion team began there in 1999. Since then, the Browns have had very limited success, with a 73-151 record and only 2 winning seasons through 2012. Despite that, I've always been a fan of the Brownies, having had relatives in Cleveland! :-)

“We didn't lose the game; we just ran out of time”

The AFC South was created before the 2002 season when the league realigned divisions after expanding to 32 teams. Since its creation, the division has had the same four members:

The Mighty Titans of Tennessee! 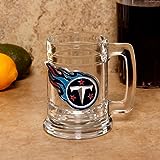 After the Houston Oilers left Texas for Tennessee, Houston acquired an expansion football team in 2002. Now known as the Houston Texans, the team plays in Reliant Stadium in Houston. They were the AFC South Champions in both the 2011 and 2012 seasons.

The Colts - from Baltimore to Indianapolis

Originally the Baltimore Colts, and famous for Johnny Unitas, their starting quarterback from 1956 to 1972, the Colts moved to Indiana in 1984 and are now called the Indianapolis Colts.

They've since been in the playoffs 14 times, with two conference championships and one Super Bowl championship.

Baseball players are smarter than football players. How often do you see a baseball team penalized for too many men on the field?

Another expansion team in the NFL, the Jacksonville Jaguars play all of their home games at EverBank Field, located near the St. Johns River in downtown Jacksonville. They are the only team in the "big four" sports leagues (all professional sports teams in the United States and Canada) to play in the 'city' of Jacksonville

The division was formed in 1960 as the American Football League's Western Division. In 1970, as part of the new NFL's two-conference, six-division alignment, the AFL West entered the merged league more or less intact as the AFC West. The teams include: 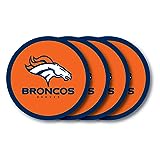 The Denver Broncos were established in 1960 and for 17 years were barely competitive. The didn't even make it to a playoff game until 1977, but since then have become one of the NFL's more successful teams, with only six losing records in 40 seasons!

The Broncos have won seven AFC Championships and two Super Bowls, and have four players in the Pro Football Hall of Fame, including John Elway,

The San Diego Chargers have been a professional football team since 1960 and been in the NFL since 1970. They went to the Super Bowl at the end of the 1994 season... and lost to the 49ers 49-26. But they've been in the playoffs 17 times, with 15 Division Championships and one AFC Championship. The Chargers play their home games in Qualcomm Stadium (formerly known as San Diego Stadium and San Diego Jack Murphy Stadium; a.k.a. "The Q" and "The Murph"). 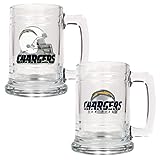 Ah... a Sunday afternoon at Arrowhead Stadium watching the Kansas City Chiefs play football. Doesn't get any better than this! The KC Chiefs had a fantastic 2013 season, so it was disappointing to have them eliminated early in the playoffs. But, they are still just about my favorite in the NFL.

Believe it or not, the Chiefs were originally called the Dallas Texans for the first 3 years of their 53 year history. In 1963 the team relocated to Kansas City, Missouri and have been known as the KC Chiefs ever since!

“Some people think football is a matter of life and death. I assure you, it's much more serious than that.”

Beverage Coasters and Plastic Glasses with Oakland Raiders Logo! - Perfect for Tailgating at the Stadium! 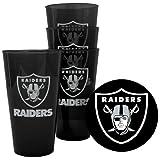 I lived on the Central Coast of California for 7 years and during that time I had the opportunity to attend an Oakland Raider game two different seasons at the Oakland Coliseum ~ both times against the Kansas City Chiefs (my original favorite team). Quite a coincidence that the tickets we were able to get in two different years happened to be games with these two teams!

The National Football Conference (NFC) Teams are not Forgotten

Come list your favorite NFL Team in the AFC ... Mine is the Kansas City Chiefs!