Aventurine Gemstone - The Stone for Luck

Aventurine is a semiprecious stone which has made a reputation as the gemstone of luck. It is also said that this stone brings luck while gambling or playing lotto if an aventurine gem in the left pocket of the person. This stone belongs to the Quartz family and is mostly found in shades of blue, red and green. Different colors of the stone are associated with the different chakras like green for heart and blue for third eye. This stone has small inclusions of different shiny minerals which gives a glistening effect to the stone. The name avanturine is said to have derived its name from the Italian word ‘a ventura’ which means by chance.Aventurine is the birthstone of February and wedding anniversary gemstone associated with the 8th and 17th year of marriage. This stone is most suited for those born under the zodiac sign Aries, Taurus, Pisces, Sagittarius, Capricorn and Libra and vibrates well to the numbers one and four.

Aventurine is not only used for jewelry, it is also used for making pipes, vases, bowls and other ornamental objects. It is found in India, Brazil, China, Japan, Russia, Tanzania and the US. 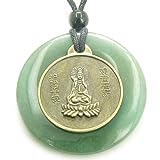 Healing and Metaphysical Properties of Aventurine

Aventurine stone has a stabilizing effect on the emotions and is said to be very effective for calming a troubled mind and bring about inner peace. This gem is also said to enhance creativity, motivation, courage and confidence. This is a good stone for meditation. This stone is helpful in treating circulatory and immune systems. This stone should be preferably be worn on over the heart or at the throat for best results.

It is often noted that this gem often fades in the sun so it is advisable not to expose this stone to heavy temperatures. This stone can be cleaned using lukewarm water and detergent and ten dried in open air.