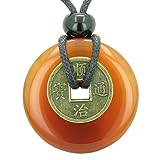 Carnelian - Gemstone of Mars and Substitute Stone for Red Coral

Carnelian Stone, also known as Cornelian, is a translucent semiprecious gemstone from the Quartz family. It is also referred to as ‘Red Chalcedony’, 'Mecca Stone' and ‘Red Agate’. Carnelian is available in colors ranging from orange to reddish brown depending on the iron content in the stone. It has a hardness of 7 on the Mohs scale with a trigonal crystal structure and is suitable for making gemstone jewelry. Carnelian is popularly used as ornamental gemstone and for carving sculptures. The word carnelian seems to have derived its name from the Latin word caro or carnis meaning flesh because of its color.

This stone has been in use since ancient times for making beads and to carve beautiful cameos. Ancient Egyptians associated this stone with fertility and the mother goddess Isis. They even kept these stones in the tombs as a magic armor for life after death. It was used by the Romans in Signet rings used for leaving an impression in sealing wax on documents or letters as hot wax does not stick to this gem. Carnelian gemstone is popular as a healing stone and used for Chakra Healing and Color Ray Therapy. This gem is associated with the solar plexus, heart and sacral chakra. The Planetary ruler of this stone is Mars and this stone can be worn as a substitute for Red Coral. Carnelian is associated with the Zodiac signs of Aries, Taurus, Leo, Virgo and Capricorn. It is also the alternative birthstone for those born in the month of July.

Carnelian is often confused with Sard which is harder and darker Stone. Cornelian is reputed as a Crystal of Love and is known to help in rekindling the passion that has faded in an otherwise loving relationship. Carnelian is primarily found in India. The other places where this stone is found are Australia, Japan, France,Uruguay, Germany, Brazil, UK, Madagascar, Russia, South Africa and the USA.

Healing and Metaphysical Properties of Carnelian

Carnelian is a powerful gemstone which is known to increase vitality and metabolism. It is associated with the 2nd Chakra or the Spleen Chakra and acts as an energy booster and increases confidence and brings balance and harmony to life. This stone is known for its ability to influence the reproductive organs and is used for treating conditions like infertility, menstrual cramps, impotence and frigidity. This gem is said to enhance passion and desire. It is also said to increase appetite. Cornelian is also used for treating depression, rheumatism, asthma, back pain, kidney stones, skin problems, blood disorders and insomnia. This stone is also known to negate anger and negative emotions and replace it with positive energy. This stone assists in the purification of blood and improves the absorption of vitamins and minerals. It is also known to stop the blood flow from wounds and help in healing.

Cornelian stone was also believed to protect the travelers and guard against evil. A dream of this stone signifies impending danger. This is a good stone for meditation purpose. Carnelian jewelry is okay as everyday wear jewelry. However, like all other gemstones, it should also be protected from hot temperatures, exposure to chemicals and blows. To clean off the dirt, immerse the jewelry in lukewarm soapy water for 10 to 15 minutes and scrub using a soft brush. Clean thoroughly with plain water and dry using a soft towel.