Pamper yourself – it’s a girl thing or can guys play too? 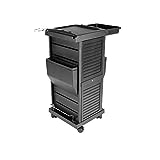 Pamper and primping for Guys?

When I saw this topic I thought Uh oh, how do we play this one? Yes it is quite normal for the ladies in our lives to :

Now where does this leave us, normally macho and pretty much aggressively, male oriented guys. Even the word rejuvenation does not come easily onto the lips of a sixty plus vintage male.

Indeed, would we do any of the foregoing and if we did would we admit to it. So you see this is a pretty tricky topic.

An evening spa visit as a gift

Actually in some respects this is a topic fairly close to my heart. Last year about this time my dearly beloved had a birthday. In fact for some strange reason she has one every year about the same time. I decided that an evening visit to a spa would be a great present. So far so good, now for the research , pricing etc. I got this going and made a few calls, settling on a place called Mangwanani Spa. This is an African themed evening Spa, which includes a welcome drink at the assembly point, a Bus ride to the Spa in the bush north of Johannesburg, a healthy(?) supper, light wines and a number of selected treatments including:

an Indian head and scalp massage without aromatic herbs and oils

The assembly point is at an up Market casino complex in Northern Johannesburg called MonteCasino. I now arranged a date (not an easy task as they were fully booked up) for dearly beloved and was asked the “loaded question”. Would I be making a “couples booking?”. I said no this was a present for my wife and a treat. I now presented the voucher etc suitably packaged in a present to dearly beloved. She was delighted but asked wether I was coming along. I said no this is a girl thing. She said no they have a couples thing look at the brochures. Why do I sense a conspiracy ad some clever marketing at work here?

I reluctantly agreed to accompany her and then had to change bookings, dates etc.

Giving in to the moment

The day finally dawned and off we went. Me, somewhat heel draggingly reluctant, feeling somewhat foolish. The assembly drink was pleasant enough and thank goodness when I furtively looked around, saw that there were quite a few guys present. We got on the bus and rode off into the sunset (literally as it was dusk).

Somewhat more relaxed after the pre-prandial drink, we arrived at the spa and were welcomed by a singing chorus of traditionally clad tribal lasses. Another drink on arrival ( I could get to like this health thing) and so to robing!. We had to remove our clothing both outer wear and underwear and put on a Spa gown and slippers. We were then led off to the first treatment for a half an hour. This was a hand and facial massage with aromatic oils ,very relaxing , side by side on couches in pairs (the couples were in pairs that is ) and the singletons were arranged on the rest of the couches. Soothing music played and we were pampered.

Thereafter, we were led back and had our starters (appetizers for you Americans) consisting of Parma ham and Melon and were then led off for the next treatment which was a neck and back body scrub also accompanied by soothing music , Noah–like, two by two as before.

We were then led back for the dinner main course accompanied by pleasant wines. The main course was ostrich steak and sweet potato (yam) or grilled line fish. After dinner, we were led off for the stone massage, music , two by two etc. We then came back for sweets consisting of fruit salad and yoghurt. We then led off for the final treatment of the night which was an Indian head massage liberally accompanied by aromatic herb oils. You know the routine by now, two’s etc

And so to bed!

By now we were just about asleep and totally relaxed, we were given coffee and friadeses and reluctantly got dressed and trooped back to the bus for the homeward journey. We dozed on the way back to the Casino. If we were smart, we should have planned to overnight at the Casino. As it happened we had to drive home some 30km’s. And finally to bed, totally relaxed and maxed out.

So the question is, is it for guys? Admittedly I enjoyed myself and I would do it again. This could definitely become a guy thing!

Well Is it ok for guys to pamper and primp?

Another great Hubmob brought to you by Sixtyorso