The Gadget Watches That Are Making Spy Films A Reality 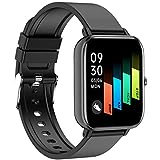 With the prevalence of cell phones in modern society, the traditional function of the wristwatch has largely been supplanted. The vast majority of phones, both of the basic and smart variety, display the time prominently on their screens, allowing their owners to discern the time with a glance as easily as checking their watches. However, a wristwatch does offer some advantages over a cell phone. Being anchored to one's wrist, a watch is not as easily lost or stolen as a phone. A nice watch is also still considered to be a fashionable accessory for men and women alike. And while the function of standard wristwatches has largely been supplanted by cell phones, there are a number of new watches on the market that incorporate high-tech electronic features capable of replacing some abilities of the smart phone, bringing some of the fictional watches found in spy films to life.

James Bond's watch in Octopussy doubled as a Liquid Crystal TV, allowing Bond to view a feed from a camera that was broadcast to the face of his watch. A wide array of modern-day wristwatches are taking this concept one step further by incorporating cameras into their mechanisms. Watch cameras such as the Sphere Techs 720HD model have built-in cameras with high-resolution storage capacities for still images that rival most digital cameras and smart phones on the market today.

Beyond their ability to take still photos, however, is their ability to record videos. With a high-capacity watch camera, it is possible to record hours of high-quality video and audio just by pressing a button and pointing the face of the watch in the desired direction. Both the still pictures and the video files can be retrieved later by transferring them to a computer with the watch's built-in USB port.

Standalone MP3 players have largely fallen by the wayside as more and more cell phones begin to incorporate the ability to play music into their design. However, if you do not have one of these phones, and do not wish to carry around both a phone and an MP3 player in your pockets, many wristwatches are now also incorporating the ability to play music files with the touch of a few buttons around their faces.

MP3 watches incorporate miniature Flash memory storage units into their interiors, accessible through built-in USB ports on the side. The built-in software of the watch allows you to play and cycle through individual tracks, adjust the volume, fast forward and rewind through a song, and even adjust the tone of the sound through an equalizer. If you're concerned about being rude to the people around you, you don't have to be, as most MP3 watches also come with a built-in headphone port.

A less obvious feature of the USB data storage incorporated into an MP3 watch is the ability to covertly transport electronic data to and from different locations a la Pepper Potts in the first Iron Man film. The development of this kind of storage technology is likely to raise concerns about wristwatches in secure locations in the future.

If replicating one function of your smart phone in a wristwatch is insufficient, why not replicate them all? If the past few years, many companies have been incorporating voice and texting capabilities, music and video playback, and Internet access into devices that can fit firmly around your wrist. Similar to the devices worn by the principle characters in the spy TV series Chuck, these cell phone watches can be run without any modifications to your existing calling plan simply by inserting the SD card from your phone into the watch.

Though many of the devices currently on the market which incorporate all of these features can be a bit cumbersome to wear on your wrist, it is not unreasonable to assume that, as technology progresses, they will be able to be constructed in a style that emulates the look of traditional wristwatches.

Are we at the point where our watches will contain rotating razor blades that can cut through the ropes with which the villain has tied us up, or a powerful electromagnet that can deflect incoming bullets, or a resonating sonic frequency that can shatter bulletproof glass? Not even close. However, the use of electronic recording and playback devices as well as cell phones in wristwatches allow for an entirely new paradigm in covert surveillance. With these devices, you can remain inconspicuous and even carry on a perfectly normal conversation with other people while recording everyone and everything around you for posterity. You can transfer data from place to place without having to worry about security guards asking to inspect your pockets or briefcase. You can make and receive phone calls and make online inquiries without having to carry around a device that can be easily lost or stolen. Wristwatches may currently be an unnecessary accessory for the purposes of checking the time, but the incorporation of other functions into them may well make them as commonplace and indispensable as cell phones in the future.