Turquoise Gemstone - The Stone of Healing

Turquoise Gemstone is probably one of the oldest gemstones known which is said to have been in existence since 200 B C. It is one of the Semiprecious Gemstones. The color of turquoise gemstone ranges from sky blue through various shades of green to greenish and yellowish gray. The blue color of this stone comes from copper and the green from iron. Turquoise is a copper aluminium phosphate with a hardness of 6 on the Mohs scale. The turquoise is cheerful color which is the combination of the light blue of the sky and the stimulating green of the sea and is said to endow the wearer with happiness and more confidence. The name of this stone seems to have come from the word ‘turquie’ which is the French word for Turkey as it is believed to have come to Europe by way of Turkey. The name could also have come from the French description of the gemstone (pierre turquin) the meaning of which is dark blue stone. Turquoise is the birthstone of Sagittarius. This stone is associated with Venus and the Throat Chakra (5th Chakra). It is also the Wedding Anniversary Gemstone associated with the 5th and 11th years of marriage.

Turquoise is one of the oldest protection amulets and was also known as a symbol of wealth in many ancient cultures. This gem was used by Egyptian Pharaohs as Jewelry. Turquoise was also considered as a holy stone and mentioned in the Book of Exodus in the Holy Bible. This stone was often worn on the turban often surrounded with pearls in order to protect their wearer against the 'evil eye'. These stones were also used for decorative purpose on daggers and the bridles of horses. Turquoise is found in several areas including the US, Iran, Mexico, Israel, Afghanistan, China, Australia, Siberia and Europe. 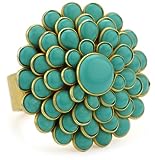 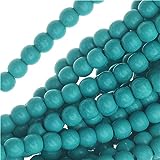 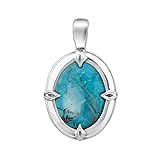 This stone is said to protect the wearer from all evils and maintains good harmony between couples. This gemstone is said to bring faithfulness and consistency in relationships. Turquoise is believed to bring in happiness and good fortune. This stone is also considered as a symbol of friendship. It is also often given as a gift and friendship stone. Turquoise is also believed to guard against violence, negative energy and accidents. Turquoise was also used as an amulet by travelers. From time immemorial turquoises have been used as natural protection against the powers of darkness. In earlier times were said to protect the horse and rider from unexpected falls. Today they are still used as the protective stone by pilots, cabin crews and people who are exposed to high degree of risk.

This gem is also known for its healing powers and widely used for treating depression. Those suffering from depression can wear a turquoise pendent or a chain with turquoise beads. This stone is also used for neutralizing acidity, alleviating pain and rheumatism and for treating viral infection and stomach problems. I have personally tested it to get relief from headache and I vouch, it works! Even the elixir can be used for pain relief. The power of this gem can be increased by wearing it with a copper setting on the solar plexus chakra.

Turquoise Jewelry is very popular because of its unusual color and healing properties. Rings, Pendants and beaded necklaces are extremely popular. However, since it is not a hard stone, it should be safeguarded from blows, cosmetics, heat and bright light. Normally, turquoise is treated to enhance its color and durability when used in jewelry. Wax coating is normally done on this stone which may wear off with regular usage and exposure to heat. It can be cleaned with mild soap water and soft cloth.

Turquoise is the Modern Birthstone for those born in the month of December. As per a pamphlet printed by the reputed Tiffany & Co in 1970 , ‘ If cold December gave you birth, The month of snow and ice and mirth, Place on your hand a turquoise blue; Success will bless whate'er you do’.