2010 will mark the beginning in commercial 3d applications. 3d movies are now the norm, Most Blockbusters are released in both 2d and 3d formats to mixed acclaim. These same movies are available for home 3d Viewing using 3D stereoscopic televisions which are rapidly dropping to affordable prices, a simple 3D shutter Glasses kit combined with a  3d ready television makes home viewing of 3d a real possibility.

Although, 3D PC Gaming is nothing new, with the rise of home 3d televsions, the major home game consoles are working 3d capabilities into their firmware.

So, it must be time for Home 3d digital cameras! ..well, actually, 3D photography is by no means a new technology, but like the rest of the 3D options it will soon be more affordable and more easily found. 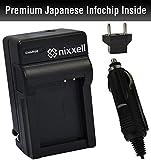 This 3d Digital camera has been out on the market for some time. Whether your tech savvy or not - it comes with one amazing side option and has a built in autostereoscopic viewer on the camera.

What is autostereoscopic? It means you do NOT need special glasses to view the captured images in 3d! You can literally look directly at the viewing screen and see a 3d image...how cool is that.

So the screen is of a normal size for a camera - certainly not something you want to watch entire family events with - the amazing side option is the Fuji FinePix Real 3D v1 3d viewer.

This option will allow you to watch your video in autostereoscopic 3d (no glasses needed) on alarger screen - this screen and its design is very simialr to the digital photo screens that have become so popular over recent years.

Oh, and a dual 10 Megapixel camera is nothing to sneeze at on its own, now is it?

For more detailed specs on The FujiFilm Real 3D set -

The cost for what is essentially two complete cameras in one is actually reasonable - if you buy directly from Amazon, your looking at $700-$900 USD for this advanced technology but a quick glance above and you will the same item can be found on eBay from respectable sellers for closer to $500. As more 3d Digital cameras hit the market, these should drop in price a little, but not very much as they are not actively produced or marketed by Fuji any longer

Sony is set to release some truly innovative new technology in the home 3d Digital camera Field. Traditional 3d cameras even a dual lens system that is combines the two images to add the extra dimension of depth. This is how your eyes and brain create a 3d image.

The new Sony Digital cameras actually use a super fast shutter speed (burst) to create literally hundreds of images that are later combined to create a 3d image. They also boast a new 3d panorama feature that will allow you to sweep the camera and take full size 3d panorama shots!

Both models of Sony 3d Digital cameras are set to be released in September of 2010.

Unlike the Fujifilm, a 3d ready viewing set, tv or computer will be necessary to see the images, by not including the auto stereoscopic options they can sell these models at a more affordable $300 price tag.