Apple iPad Review - The Advantages and disadvantages of the ipad

Apples New Ipad sells like crazy - But what are the iPads limitations?

User Review for the Apple Ipad with 32GB WIFI

This article is being written in hopes of educating the public about the new Apple iPad. I bought the iPad 3 days ago and have learned a lot since I took it out of the box. The primary purpose of this article is to help others decide whether the apple iPad's benefits will outweigh the costs.

Toward the end of the article I encourage readers to leave comments that will help to make this Review for the ipad as comprehensive as possible. I will approve all comments as long as they are constructive and informative, but my primary goal is to get the opinions of what other people think about the ipad.

Day 1: Bought the iPad and Opened the Box At Home

Well, I must say this was very exciting. When I went to the apple store it was very crowded and every ipad was occupied with someone playing with it. I made my way to a sales person to ask specific questions that would help me make my decision.

The questions I asked:

How would I transfer photos and music to my ipad?

For example if I used a digital camera to take a picture and wanted to transfer the picture to my iPad. Later on in april apple will be coming out with an extension that plugs into the outlet of the iPad, and from that extension you can plug in a micro SD card that holds your pictures and video. Although this is one solution, I did not want to pay for an extension for such a basic function. Luckily, you can also transfer photos or videos to iphoto on your computer and then connect your iPad to your computer, this will allow you to sync your photos and videos to your iPad. Alternatively, you could email photos to your email address and save the photos into your iPad.

How many apps are free for the iPad?

Apparently 2/3 of the apps for the iPad are free, I was told there are already 100,000 + apps out there for the ipad. However, after looking for apps to download on the iPad I have noticed that many of those apps are still in the process of being released. There are lots of apps, however I am not too confident about 100,000 that are ready for the ipad right now.

Is Typing difficult to do on the iPad?

I have tested out the iPad extensively when it comes to typing. I wanted to make sure that it would not slow down my productivity. I typed on the ipad at the store before I bought it and I have typed on it through personal use. The iPad screen is very responsive and works really well, the buttons are not too small for your fingers, and typing is relatively simple. I am happy with the typing format, the only slight downfall to typing on the ipad is the fact that you have to set it on a table to type or on your lap, alternatively you could just buy a wireless keyboard to solve that problem.

How fast is the iPad on the Internet?

The iPad does really well on the internet, I only have the WIFI version because I am usually in an area that supplies WIFI. It runs at a good speed for surfing the web, I was delighted by how easy it was to get on the internet and visit websites. The only time that it did run a little slow was on youtube, it was a high definition video and I believe that youtube's server was running slow at the time because it was a video that had gotten millions of views. Overall, I am very happy with the speed of the internet.

How Good is the Sound?

Incase you haven't held an iPad yet, let me tell you it feels small. Its very skinny, sleek and stylish. It could fit in a folder if you wanted to put it there. Nevertheless, I am satisfied with the sound quality of the iPad, it does get reasonably loud considering its size. I would describe its sound capabilities as being loud enough to irritate someone sitting at a table next to you if the iPads volume was on high.

Does the iPad have bluetooth abilities? (music etc)

The iPad does have bluetooth capabilities, my primary concern was being able to listen to my music through my ipad using bluetooth in my car. I have not tested this out yet, but I am excited to once I get the bluetooth setup in my car.

I have tried watching certain videos on certain sites and sometimes the iPad will not play because I do not have flash player installed. I am sure there will be a free app for this soon, or apple will provide an update for the software that enables flash video. In my opinion, this needs to be taken care of, but after talking with a few techies I am confident that this will be resolved soon enough through a simple software update.

Battery Life is awesome, you can definitely get 9-11 hours with this thing. Very Impressive.  From what I hear the New iPad 2 will also get a long battery life, you can read this article if you want to learn more about the iPad 2. 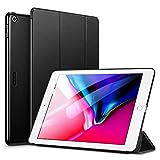