Save Money Your AT&T Cellphone by Eliminating Data Charges

The cost of cell phone service is expensive and if you use a smart phone such as an iPhone or an Android phone, you are required to pay for a data plan, even if you don’t use the data. The data is the way that your phone accesses the internet. Currently AT&T data plans begin at $30 a month. Many customers are frustrated with paying the cost of a data plan, but want to continue to use their smartphone. There are some options available to save money and avoid the data plan charge, although they are not as convenient.

There are multiple reasons why cell phone customers want to avoid paying for data plans. Cellphone plans can be a big expense for families with multiple phones. Parents may want to choose a basic phone for their child to avoid the data charges that smart phones require but also because they may feel their child is not mature enough to have unsupervised internet access. Adults may be bothered by the costly data charge and want to stick to a budget and spend their money wisely. Others will argue that they need the data perhaps for business purposes and in those cases; they will simply have to shop around for the best deal.

How to stop paying for data:

One option for avoiding the data plan charge is to downgrade to a “feature phone” this is a basic phone. AT&T sells a “Go Phone” which can be purchased and used on your existing plan. Be sure to use an existing sim card or obtain one from AT&T and not the “Go Phone” sim card that comes with the phone. Not all Go Phones are considered “feature phones,” many Go Phones are smart phones which will require a data plan. If the phone’s features include 3G, 4G, LGE or LTE it is a smart phone, avoid those Go Phones. There are only a few phones that are considered “feature phones.” The best feature phone that I have found is model ZTE Z 432, this is not a flip phone and costs about $20.

Once you have downgraded to a feature phone, you can continue to use your existing smart phone as an iPod type device and access the internet anytime you are within accessible Wi-Fi range.

Option 2 – Try an alternative carrier such as Ting.com

Although the major cellphone carriers require a data plan there are a growing number of alternative cellphone service carriers that don't. One service that gets very high scores is Ting.com a service that utilizes Sprint cell towers. This is a service that begins each month with only a $6 charge and has usage rates that are very competitive. If you don't use the phone you only pay the $6. Ting is getting very high reviews and many customers have significantly lowered their cell phone bill by switching to this service.

If you chose to use Ting.com you might want to consider combining option 1 & 2. You could use Ting.com data only if you really needed it and use the feature phone for voice calls and texting.

If you have more than one phone on your account you may be able to share data between phones. One plan that is currently available that enables you to share data is called Mobile Share Value. While this option will not eliminate your data charge it could reduce it. 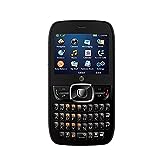 There is an added benefit to removing your existing data plan. Ending your data plan by switching to a feature phone or limiting your data plan by using a carrier like Ting.com might allow you to pay better attention to your day-to-day life and limit the distraction that often comes with having a smart phone. By making this kind of change you may not only save money but be happier as well.

Are you frustrated by the requirement to pay for data to use your smart phone?

Which method are you considering to decrease or remove data on your service?

What to Read Next