A router is a very powerful piece of hardware. Linking all of your computers makes file sharing, backing up files and internet usage much easier. To simplify things I divided the Wireless routers into 2 groups: the high end routers and the routers under $100.There is a notable speed difference between the high end and budget routers, especially for larger networks.

There are many different types of routers that do different things well: some are cheap, others handle a large network well, some are easy for beginners to use while others are very fast. In Best Wireless Router 2016 we will review a number of routers with different strengths and weaknesses.

Just one tip for setting up your wireless network: with all the routers the speed of connection to the router is better the physically closer the device is to the router. 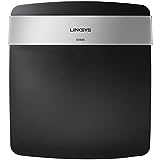 The Linksys is our best wireless router of 2016 because it ticks all the boxes. It's fairly easy to install, it has decent range, it's not too expensive and it handles a larger network well. It's strongest point however is it's speed, this is a seriously fast wireless router.

The Linksys has always on dual band. This means that your wireless devices will pick up 2 wireless modems. It's handy for setting up 2 levels of security on your network. In addition there is less interference between wireless devices.

The biggest drawback of this router is that it doesn't have any USB ports. USB ports on a router are routinely used to connect external hard drives or printers to the network.

The picture above has been edited so that you can see the ports more clearly. The router actually has a darker color than in the picture. 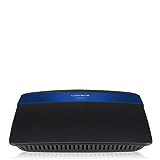 This router is very similar to the one reviewed above. The difference is that it doesn't have the dual band connect, but it does have gigabit Ethernet.

If several of the devices on your network was made by Apple or the main computer you use is a Mac, I would recommend this router. In theory you should be able to use any router, but I have seen too many weird 'issues' popping up. These then take time and effort to resolve. The Airport allows you to connect your iPhone, iPod touch, and Apple TV to your network.

The router is more expensive than other routers in it's class, but it is a very high end router. It can handle up to 50 connections and comes with a 1 year warranty.

If you look at the picture the router has 3 Gigabit Ethernet ports and 1 USB port.

The Netgear routers are the easiest to setup. This is a high end feature rich router and you can set it up in a few minutes.

Of all the routers here the Rangemax has the longest range. If you are setting up a network in a 3 story house this is the router to get. The Rangemax also handles interference from microwave ovens and mobile phones better. Probably because it puts out a stronger signal.

I have used several Netgear devices in my home over the years and I have always been happy with their level of reliability and with the customer service Netgear gives.

There are probably more of these WRT54GL routers out there than any of the others. Mostly because of it's lower price and good reliability.

Linksys Wireless G Broadband Router is a three in one router. The wireless access point in the router allows users to connect their Wireless-G and Wireless-B devices with the local area network. It has a built in 4-port full duplex 10/100 switch which connects to devices that is compatible with the Ethernet. You can use Linksys wireless G to connect up to 4 computers directly. If you want to create a big network, you can daisy chain out the computers to the multiple bus and switches. The Linksys wireless G broadband protects the transmission data by using a special encryption. The router can also act as a DHCP server and protect your computer from hackers. The VPN pass through will filter the internal users who use the internet. Users will also be able to configure the router in a web browser based interface. Overall, Linksys wireless G Broadband is a great router that is easy to set up and offers excellent performance.

The WRT160N is a very fast wireless router considering it's cost. The router uses MIMO (it's the overlaying of signals) to minimize the dead spots and improve the connection speed. The robust signal can travel a longer distance, than the standard wireless G router.

You can connect to the wireless coverage area at high speed even at some distance. The transmission of data is secured by the industrial strength 256 bit encryption. With the high speed performance, the wireless N can be used for streaming video, gaming and VoiP calling. By installing the Wireless N broadband router in your home. Although the wireless N router is expensive, it is well worth your money. I highly recommend this router for beginners that just want to have wireless internet connection at home.