DIRECTV is the dominant satellite TV company in America today, as more than 20 million homes enjoy their service. With a top notch lineup including NFL Sunday Ticket, many consider DIRECTV the premier video provider. But competitors like BrightHouse offer triple play packages, which also offer internet and phone service along with video. In this Hub, I will review the pros and cons of each provider and hopefully help you decide between the two.

Brighthouse uses a coaxial cable network, meaning you can get service just about anywhere that the company has a cable franchise. With this kind of last mile network, you can also get a high speed internet connection and BrightHouse phone service, all through the same line.

With DIRECTV, they use DBS satellite technology, which sends signals from outer space to a small dish mounted somewhere on your property - usually your house. Because it is a one-way delivery system, you can't get internet service with satellite TV. Instead, they partner with a number of local phone companies which offer DSL. This can be a factor to consider when comparing Direct TV vs Bright House, as the cable option usually offers you a discount when you subscribe to multiple services together.

These hybrid bundles are a good way to go if you have a strong preference for DIRECTV, but still need a robust internet connection. 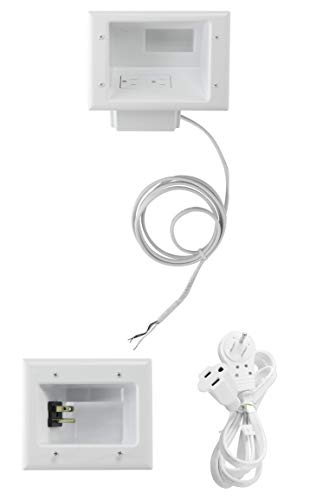 BrightHouse can get you into a triple play package for around $107 a month in most areas. This of course is a promotional rate for new customers, and doesn't include additional taxes, fees, or charges for equipment like a DVR or extra cable boxes.

Upgrades can be added such as faster internet, premium channels like HBO and long distance calling plans.

You might also want to consider a double play option if you prefer to use a cell phone instead of a home phone. These consist of cable plus internet, and are a bit cheaper monthly when compared to the triple play packages.

After your one year promotional rate ends, the regular price will apply. Usually it's a bit of a surprise, as most cable companies discount by 40 to 50% with new customers. But you can always call up and try to negotiate either a lower price or some free channels if you feel like playing that game.

DIRECTV has a number of packages to pick from, so it may be a good idea to hop on over to their official site if you are looking seriously at their offers. All of their pricing is based on a two year commitment, so if you aren't in a position to commit for this term its best to consider the alternatives in your area.

DIRECTV Choice is a low end package which starts at $29.99 a month (regular price $64.99) when the discounts are applied in year one. With more than 150 channels, it offers plenty of family oriented content, and all of the popular local and sports channels.

The DIRECTV Ultimate package is a nice option if you want a few movie channels but don't want to pay for expensive options like HBO and Showtime. Offered at $39.99 ($77.99 normally) during the first year, you get 11 Encore Networks in the bundle.

All packages require a two year commitment, and there are early termination fees assessed by DIRECTV if you fail to live up to your end of the deal.

One of the bonuses given out pretty much throughout the year is NFL Sunday Ticket. The football package will remain on DIRECTV exclusively through at least the end of the 2014 season. If you sign up for one of their qualifying packages, they throw in the Sunday Ticket package free during the first year.

So who wins out when comparing BrightHouse and DIRECTV?

Generally it depends on your what you want most out of your provider.

With DIRECTV, you will get the following:

-Latest technology. With the DIRECTV Genie DVR you can enjoy content throughout your home and have a large hard drive to save tons of movies.

With BrightHouse, you get the following:

-Triple play packaging and pricing. Get your internet and phone service from the same provider. Saves money and hassles when you can deal with one provider for service and billing issues.

- Video on demand. Cable companies like Bright House have much better VOD platforms that do not require your cable box to be connected to the internet.

Which provider do you prefer?