Technology is said by some to be what separates us humans from the rest of the animal kingdom. As humans, we always strive for more; we always strive to be better, and to make our lives easier. We are curious by nature, and are constantly seeking answers. In fact, you are probably reading this article as a means to answer a question. Perhaps you are acquainted with the author, and would like to know what this article is about. Perhaps you stumbled upon this article in search for other answers. Perhaps, you are just randomly surfing the 'net, in response to "What can I find to entertain myself today?" No matter the reason, you are here because you are human, and humans are curious creatures.

Death: Humans, over the eons, keep finding new ways to die. Why is this? In the quest to create new technology, to better our lives, we are opening more and more doors to more and more possibilities. Some of those possiblities lead to death, and other ailments such as health problems, distractions, and frustrations. As far as technology goes, there are the obvious killers, such as swords and guns; but there are also the less obvious ones, too.

This article focuses on drawing parallels between different forms of communication technologies, specifically those which have caused, or contributed to, the untimely death of individuals. 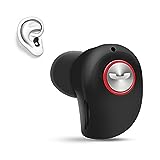 In the 1970s and 1980s, prior to (manageable-sized) cellular phones, car phones were popular. Car phones looked exactly like a corded phone that one would keep at home, and were used as such. Could you imagine how distracting a bulky, corded phone could be? You would need to either use one of your hands to hold it to your ear, or use your shoulder, which would also make it difficult to use that arm.

Today, cellular phones are the culprit of many vehicle accidents and deaths. It was only fairly recently that handheld cellular phone use has become illegal while driving; currently, only 10 states ban cellphone use, even though cellphone related car accidents are the cause of 2600 deaths each year in the United States alone. Texting, however, is banned by 39 states.

Because of a man distracted by his cell phone, a family is without a mother, grandmother, and wife (Image 1). This kind of thing happens 2600 times a year:

"This accident happened on September 28th, 2005 in Riverview FL. A careless driver on a cell phone blazed through a red light at 55 mph and struck my mom's drivers door as she was going 20 mph attempting to make a left turn towards home. Her car was pushed 40 feet and my mom's neck was broken in 2 places. She died instantly. As her daughter, and someone that had to go to the scene to identify her, I can't tell you enough-

DRIVE SAFELY! OTHER PEOPLES LIVES DEPEND ON IT! My Mom always wore her seatbelt and was a very cautious driver. My sister and I, her fiance' (she was due to marry him the next week) , brother and grandson will miss her forever. The other driver has not been charged with anything due to no witnesses willing to get involved and make a statement at the scene."

It is imperative to be aware of your surroundings, especially while driving; it could mean the difference between life and death for someone; and also can take somebody's mother, father, grandparent, sibling, spouse, or friend away from them. Take care when operating your multi-ton chunk of metal! Cell phones are far from the only technologies that are deadly when used at the wrong time; be concious not to text, update your GPS, or change your music, when your attention is needed on the road.

There is a lot of negative connotation surrounding video games. Some of the things that easily come to mind are obesity, laziness, anti-social, violence, addiction, and lack of sleep. But slow-killers and unhealthy lifestyles aside, people have been known to die in front of the screen.

The people listed above are just a few examples of individuals who died as a result of excessive video-gaming. All three of the games listed above consist of an online community, where players can interact with each other, and complete quests towards winning the game. There is enough to do in all of these games where, even if you win the game, playtime can continue indefinitely. Those with addictive personalities should take caution when partaking in Massively multiplayer online role-playing games, or MMORPGS. 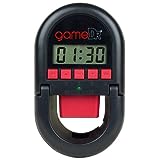 Similarly to texting while driving, texting while walking is equally as distracting, and equally as dangerous. Whether you are actually texting, or changing the song on your iPod, or looking at Google Maps; it is prudent to always be aware of your surroundings, and look where you are going. This is twice as important if you are wearing headphones, as you are not only limiting what you can hear, but what you can see, as well. With the explosion of handheld, interactive media, pedestrian deaths have also increased.

As of 2011, the city of Philadelphia now issues $120 fines to pedestrians caught texting while walking.

In addition to texting, listening to loud music can also be detrimental. Let's face it; you're decreasing your ability to hear your surroundings, and you don't have the experience of a deaf person. Between 2000 and 2009, 116 pedestrian deaths were related to the use of headphones in the United States, alone.

Though pedestrians always have the right of way, it is important to take care in being aware of your surroundings; you never know who might be a distracted driver, or not even see you. It is also important to watch where you're walking; we can all think of examples of people walking into poles or falling down holes while messing with their digital devices. When texting, use a speech-text translator; most smart phones come with this application. If you don't have a smart phone, pause for a moment to type your message. Don't look at your iPod of mp3 player when skipping songs; and stop, if you want to sift through the directory for a new playlist.

Our communication technologies were certainly not designed to kill us, however, any new thing comes with unforeseen side effects. After all, that is the definition of new; previously unexplored, unforeseen, unknown. These technologies can, and have, enriched our lives. You, yourself, are on a device which allows you to read and communicate the content of the Internet. It is important, however, that we take care as to not be distracted, or consumed, by these technologies: Never let a technology get in the way of your health or safety.