What is an Up-Converting DVD Player? Not to get to technical, it is a DVD player that has the ability to convert ordinary DVD resolution into high definition resolution (720p/1080i) with the use of a HDMI cable.

If you are someone that wants high end features in your DVD player such as the ability to provide clean and clear video and audio to your HD television the Oppo DV-970HD is one such Up-Converting DVD player.

For those that have not yet upgraded to HDTV, the DV-970HD is compatible with the standard resolutions of 480i and 576i. Don't let these numbers scare you. Television resolution is dependent upon how many lines of "interlaced" resolution that is available on the screen. For example, the higher number of lines making up the image the greater the resolution as in 480/576 (standard) versus 720/1080 (digital).

Imagine the fun with OPPO DVD player in here!

Oppo DV-970HD is not only beautiful and strong - it is also talented. It has a thin and modern look with an integrated 4-in-1 memory card reader and a USB interface. The CD/DVD tray is flexible and can withstand the every day rigors of use. This is a great feature for photo and music enthusiasts. Another great feature is its compatibility with numerous formats. Just a few include, DivX, Video, Audio (including WMA), DVD+/-RW as well as CD-R/RW and Kodak Picture CDs. The audio is excellent due to Dolby Digital surround sound and Pro Logic II decoding. The included HDMI cable adds value to the overall package.

Oppo has earned their reputation by providing choosy consumers high end featured digital electronics. The DV-970HD is definitely no exception. It has superb compatibility with standard, HDTV and HD-Ready televisions as well as with computer monitors and projectors. Media can be CD, DVD, memory cards and USB. Universal remote control adds to the ease of use providing enjoyment when showing off digital photos, music and video files. 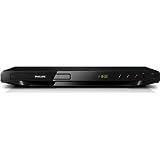