Digital Notepads versus Digital Pens – Which is best?

What is a Digital Notepad?

What is a Digital Pen?

A digital pen is much like a digital notepad except the base unit is not part of the device. Most digital pens work on any pad of paper as well as a single sheet of paper.

What can you do with a Digital Notepad or a Digital Pen?

Anything that you can write or draw can be recorded by a digital notepad or digital pen.

Once you transfer your handwritten notes to your computer they can be left just as they are. They can also be edited. Most digital notepads and digital pens work well with Microsoft Office software such as Word, Excel and PowerPoint. Since there are multiple brands and models always research them to assure that you are getting what you need.

Handwritten pages can be transferred to your computer and then emailed to friends, family and fellow students or co-workers.

Creativity can run wild when you use a digital notepad or digital pen. You are not stifled by the ability of the device – you are only held back by your own lack of imagination. That is what makes these digital writing instruments so much fun.

Taking notes in school or in a business meeting often requires the ability draw charts, designs and odd shapes. That would be difficult – if not impossible with most laptops. If you invested in a tablet PC you would be spending much more money than you would if you purchased a digital notepad or digital pen.

It is difficult to say which is best. I think that it depends on how you prefer to work. Do you like the substantial feeling of a notepad or do you prefer the compact and on-the-go feel of a digital pen? 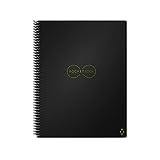 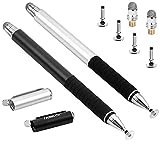