How I Love My iPhone, Let Me Count the Ways

Ever since I got my iPhone six months ago people have been asking, “How do you like it?” I am here to tell you all the reasons why I LOVE it, and all the ways it has made my life easier. 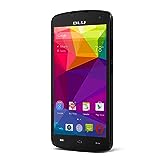 Making the Decision to Buy a Smart Phone

I am not an early adopter of technology. Gadgets just don’t thrill me enough to be the first one to have the latest and greatest. However, I had been jealous of my husband’s Blackberry for a long time. I envied the way he was able to clear things off his mind with a few clicks of the keys while walking the aisles of WalMart. I on the other hand had to rush home to my computer any time I was expecting important news.

A long time passed from desire to purchase because frankly, I didn’t have enough business purpose to justify the initial outlay of cash and the increase in monthly payments I’d incur. The big determining factor for me was travel. I had several weekend trips coming and I wanted to travel light. I dreaded hauling my laptop everywhere, but I also didn’t want to be completely out of touch for several days in a row.

Now I had to decide between the Blackberry and the iPhone.

Making the Decision to Buy the iPhone

I went into the store pretty much convinced I’d go for the Blackberry. It seems ridiculous now, but I was fixated on the keyboard. (Now Blackberry has a model with a touch screen, but this was before that.) I wanted to be able to click away at those keys with my thumbs and I couldn’t imaginge myself getting fast enough on the touch screen.

But then I played with the iPhone and it sold itself pretty fast. It’s just a cooler machine. And it does so much more. (This is the part where I admit that I have yet to download ANY apps for my iPhone. I know. And I STILL say it does so much more!)

How I Use My iPhone

As I mentioned above, one of the most important functions to me in any smart phone was the ability to access and clear email from anywhere. Here are some of the other ways I use the iPhone: