Keep Your Phone Charged During A Power Outage Or Natural Disaster

Don't Get Stuck With A Dead Phone

In the summer of 2012 on June 29th, while travelling four hours away from home to visit some friends the historic derecho storm of 2012 struck. The parts of Virginia I was travelling through were hit pretty severely with powerful gusts of wind requiring extra caution on I-81 and several trees downed left and right along I-64. The drive itself was terrifying in and of itself, I recall but what scared me most was the fact that my phone, which had been fully charged before leaving work was rapidly draining. I blame that mostly on stupidly leaving GPS turned on and the Maps app running.

Luckily I had a GPS unit in the car so I didn't get lost, but I arrived at my destination with less than 5% battery remaining, after turning it off to save that last bit of juice for an emergency. Rather than trying to make a call and possibly run into an overloaded cell network message I texted my family to let them know I had arrived safely and made sure everything was ok at home. Everybody was fine, except for an old shed and oak tree in the backyard that had an unfortunate meeting together and the power being out. Knowing my parents and grandparents were all fine I finished up my visit and returned home two days later.

Little did I know that the power would be off until the next Sunday. Luckily my family had bought a generator a few years ago which kept the essentials like food cold, kept the well pump running for water and ran lights and a window air conditioner to keep the house cool. For smaller devices like phones and batteries for flashlights, we charged them off my small solar kit I had bought from Harbor Freight so that we didn't need to run the generator all the time and waste fuel. I kept thinking about how stressful it was though on that long drive not having a charger that I could keep in the car or an extra battery.

Not wanting to go through that experience again, I looked at several options. Most of them are fairly cheap solutions to avoid being caught with a low battery or dead smart phone. First, I looked at buying spare batteries with an external charge. Some can be fairly cheap and are simple enough, you charge one battery up, swap in a full one into your phone and put the used on the charger to recharge it.

Now, for some phones, and I'm looking more so at Apple here, you can't swap out the battery without actually taking the whole phone apart and voiding your warranty. This won't be an option for those of you with an iPhone or any other phone that isn't designed to allow your battery to be easily removed and swapped. Now my phone does allow for that, but having done the same thing with a previous phone and realizing that no, not all phones use the same batteries and not wanting to have to buy another charger and battery pair anytime I upgrade my phone I decided against this.

Travel-wise, for any phone out there it is always a great idea to get a 12 volt USB car adapter. These are designed to just plug into your 12 volt or cigarette lighter outlet in your vehicle and allow you to connect at least one or two devices. Some of these 12 volt adapters have a micro USB cable hard wired in already but in my experience, through wear and tear in the car, those cables typically get shredded pretty fast, so I'd recommend just buying an adapter that only has the ports on it and just get USB cables separately so that you can replace them when they need to be rather than buying a whole new adapter.

When looking for a 12 volt USB car charger, you may see some that have different rated USB ports, like "1A," "1 Amp," "2A," or "2.1 Amp." The amp rating is to give an indication of how fast that port could charge your device. Not all phones will necessarily charge faster from the higher rated 2 amp or 2.1 amp ports, some will, however it won't harm your phone since it will only charge as fast as it can or will allow. The 2 and 2.1 amp ratings are going to charge things like tablets faster than 1 amp and some smart phones will charge using the whole 2 amps. Its better to get one with the higher rated port just in case. It won't hurt your phone and if your phone supports the faster charging rate, you'll get more juice in your phone faster. When you're finished using it to charge your phone I recommend unplugging the 12 volt adapter from the socket to prevent your 12 volt battery from being drained by it when the engine isn't running. Some vehicles are actually designed to cut power to the 12 volt outlets when they are off but its better to be safe than sorry and make sure you don't end up with a dead car battery.

What about for around the house? Or anywhere you don't have access to a power outlet or 12 volt outlet? External battery packs or power banks are a rather versatile option. They can be used to charge just about any device that charges through a USB port. Some of the smaller, cheaper ones might not be able to charge a tablet up but can give a boost to a phone which is our goal here. Some of the larger sized ones can support charging other high drain devices or can support multiple devices or phones to be charged at a time. Some models may also have an LED light included which is a nice bonus if the power goes out, it can do double duty by giving you some light when a flashlight isn't handy. Most power banks can be charged over USB with many of them using the same micro USB power port as most smart phones so you don't have to have a separate charger/cable to keep for it and you can charge it with your existing phone power cord.

One thing you might notice when browsing them online or if you see them in stores is a number like 1000 or 2500 or 5200 followed by the letters "mAh." This is a rating in milliamp hours of how much charge it can store. For example, a smartphone battery might hold 2000mAh so a battery bank that holds 4000mAh stores twice the amount of charge as the phone's battery does. One thing to keep in mind is that charging one battery with another battery, or even for that matter a regular household charger, isn't 100% efficient, meaning some of the power gets lost as heat along the way. So when shopping for one, its always a good idea to go for a larger capacity external battery pack. I recommend getting one that's at least twice the capacity of your smartphone battery (which you can find printed on the battery itself under your phone's cover), more of course if you plan on being able to charge two or more phones or buy one for each phone/device.

Keep your power banks charged for when you need them because if they're not charged when you need them they won't do you any good. About once every 3-6 months it wouldn't hurt to use them to charge your phone until the battery pack is exhausted, then recharge it until it indicates its full again. In a power outage or situation where one of these battery packs are your only means of charging your phone, I highly recommend that your phone screen is off, your data connection (3G/4G/LTE) is turned off if you don't need it and GPS and Bluetooth are turned off so you aren't wasting what power you have. When power is not available what you do have can come in very handy, but wasting that power could be the difference between being able to communicate and get help in an emergency or stay in contact with family and being out of the loop with everyone else. 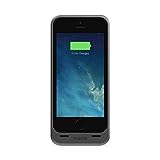 For iPhone users, there are some other options like the Mophie Juice Pack units which are actually a case with an external battery built in to recharge your iPhone. If I had an iPhone, I would go this route since it's a very simple product that just attaches to the phone itself and otherwise gives you that extra capacity with simply charging it and not having to swap anything or take the cover off or any of that sort of hoopla.

The vast majority of these 12V adapters, external battery banks and the Mophie Juice Packs can be bought online from places like Amazon, eBay, etc. When ordering online, I typically prefer Amazon to check out the reviews from others who have bought and used the items. However, I'll never turn down buying them at a brick and mortar store. The XTREME brand USB power bank I have pictured in this hub was bought at a Tuesday Morning store for $19.99. Stores like that such as Ross typically carry these in their electronics section and you can find them for decent prices. Keep in mind, one good thing about buying from a brick and mortar store is that you can typically return most purchases within a certain period for a refund, no shipping hassle involved.

If you have a laptop or a tablet that has a full size USB port, you may be able to use those as a means of storing power for and charging your phone. Most laptops and tablets will leave USB ports powered when in standby or sleep mode so they can be a workable power bank so to speak. Once they're charged up, make sure they're in sleep or standby mode and for tablets, make sure Wifi, Bluetooth, and if it has it, GPS are turned off to preserve what power the internal battery has stored.

Do you have an external power bank for your phone?