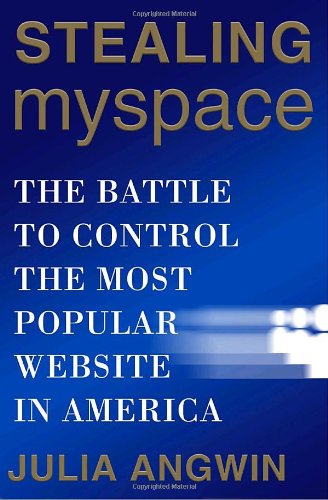 Stealing MySpace: The Battle to Control the Most Popular Website in America
Buy Now

Most people who are active on social networking sites have a profile on both MySpace and Facebook. However, despite being on both sites, each user almost always has a preference for one site over the other. That's due to the fact that there are some significant differences between the two networking sites and the people who are most active on them. Neither one is necessarily better than the other but any one individual might consider one "better" in comparison because of the different uses for each of the sites. Here's a closer look at those differences:

There's been an interesting shift in who uses the sites. MySpace began with a big preference for teenagers whereas Facebook was designed specifically for college students. (When it first started, you even needed a college email address to sign up with Facebook.) As the two sites have grown up, their users have changed. These days, teens may be on either site. And college students turn up on both of them as well.

Where the real differences lie now is in the professionals who are networking on the sites. Facebook has a number of different professionals who are on the site for networking and job hunting. Head hunters hang around to find people who might be right for certain jobs. If you're a career professional in the computer or business fields, Facebook is more your game. That's not to say that there aren't professionals on MySpace. However, they tend to be involved in more creative careers. Musicians, comedians and fashion designers are easy to find on MySpace.

Facebook has MySpace beat hands down for the number of applications that you can use on the site. In fact, new applications are being designed on a regular basis for Facebook, many of which assist with the professional networking that takes place on the site. If you're interested in the cutting edge ways that you can communicate with people (such as using Click-to-Call widgets to contact Facebook friends via voice communication) then Facebook is your place. If all of those applications are too confusing for you, you might want to stick with MySpace.

Despite the fact that there are plenty of applications for Facebook, the types of designs that you can have on your own profile page are somewhat limited. Most Facebook pages look basically the same at a first glance. In contrast, it's possible to really alter your MySpace profile so that it looks completely unique. People who want to show off their creative tendencies are likely to find that MySpace makes that a little bit easier to do.

Both MySpace and Facebook offer users the opportunity to create and join groups on the site. This can be a way to keep everyone from an old group (such as a college sorority) together on the site. It can also be a way to meet new people with the same interests as you. There are a range of different groups on each of the sites so which site you like better might depend on the ease with which you find a group on the site that you're most active on.

In general, many people say that they prefer the MySpace groups. This is due to the fact that the groups are very easy to find on the site. There is a page available which shows which groups there are under different categories. It also shows how many members are active in those groups. On the other hand, Facebook will tell you which groups were recently joined by your friends so you can get some hints as to which groups you might like because of that feature. In this category, it really depends on your own interests and your preference between the appearance of the group layout on MySpace as compared to Facebook.

Spam doesn't seem to be a problem on Facebook whereas it can be quite a headache on MySpace. People hack MySpace profiles and send viruses to their friends on the site. MySpace users check their messages and find beautiful sexy girls there who want them to "come check out pics on this others site" (a site that is adult-only and needs to be paid for). If you don't want to deal with spam, Facebook is currently the place for you.

Despite the problems with spam, MySpace doesn't get too much negative news attention. The one area that it does get bad media is in the risk that it poses to the underage users on the site. (We've all heard the story of the teenage girl who met a boy on MySpace and met in public only to find out it was really an old man who wanted to do her harm.) However, this can happen on any social networking site. Most users of MySpace don't find this to be a problem assuming that they use common sense on the site.

In contrast, Facebook has recently gotten some negative publicity from users. There was a debacle recently in which advertising on the site changed and users were unhappy with the way that it happened. Some people were finding that their shopping preferences were being shown to their online friends, an issue which made them feel that their privacy was violated. As a result, many people who once really supported Facebook started moving over to sites such as MySpace.

Ultimately, which social networking site you prefer really depends on what you like in a site. In addition to MySpace and Facebook, there are numerous other social networking sites that you can use to meet new people and to stay in touch with old friends. Each of these serves its own niche group (for example, there is Linked In for professionals). What is important to remember is that the popularity of each of these sites is going to wax and wane over time. If you're just looking to get on the latest trend, you'll have to flitter from site to site. But if you want to really develop connections on the sites, find the one that has an interface you're most comfortable with using and start getting to know people there!