Netbook vs. Laptop - Which Should I Purchase

Netbook vs. Laptop - First Some Information

In our constant quest to miniaturize everything these days, the latest victim is the laptop computer. In creating this new type of computing platform the question has been raised: Netbook vs Laptop, which one is for me?

As you are reading this you may be using a laptop computer to access the site. You probably decided to buy a laptop because of its portability, and if it is your only computer, the portability coupled with the increased processing power available in a smaller package more than likely influenced your decision to go with the laptop instead of a desktop. Recent statistics show that an estimated thirty-nine percent of Americans now own a laptop computer while sales of new desktops declined slightly to just under two-thirds of total computers owned in the U.S.

If you take this data and extrapolate, given our fascination with making everything smaller, then the netbook seems to make a lot of sense, and sales are going to take off. Netbooks typically weigh roughly half or even less than the typical laptop. They also have smaller screens with the most popular ones out right now right at ten inches of screen real estate. That is two-thirds the size of the typical laptop screen, but is considered the minimum size for enjoyable internet browsing.

Internet browsing and email seem to be the primary functions that these little computers are going to be used for, but some word processing and other simple tasks are possible and are not unenjoyable. The larger hard drives, copious amounts of memory, fast graphics cards and processors have been exchanged for the minimums that are needed to get the job done. There will always be a market for the biggest, baddest, and fastest gamer computer with all the bells and whistles, but the new trend in technology is for products that are good enough and slightly less expensive. While it may be nice to have the latest 20 megapixel camera with a 15-times zoom feature and built-in solid state drive, you are much more likely to have the 8-10 megapixel one with just the features you are going to use.

I like netbooks and I do use one from time to time for the uses described. I even wrote this hub on a netbook using OpenOffice just so I could say I did! The keyboards on many are around ninety percent of a full size, so there is really no issue typing on them.

Most of the netbooks currently available on the market have the following features:

Most netbooks do not include an optical drive, neither a CD or DVD. Usually, if you want to install software on a netbook that is going to take place via an external drive (sold separately) or a USB flash drive. This is good to keep in mind when making up your mind what your budget should be.

Many of the newer netbooks have a fantastic battery life which is a definite plus. Some, like the

ASUS Eee PC 1000HE that I have, are rated for greater than 9 hours of life! That is while in use, not standby, and the battery does not protrude or look ugly.

In the saga of netbook vs. laptop these will be the primary factors to help in your decision-making process. Most purchasers of netbooks either just want a portable computer for browsing the internet and checking email, or they already have another computer of some sort. If you are needing a computer to do everything, then the netbook is not for you. But, if you have wanted to be one of the estimated fifty-seven percent of Americans who like to sit in front of the TV and browse the web simultaneously, or lead an active, on-the-go lifestyle and need a computer to accompany you then the netbook vs laptop question may be a simple one to answer. Student can also benefit greatly since these little machines work just fine with most note-taking software.

Which computer are you going to buy?

You will not be using a netbook to play graphics-intensive games. You won't be able to use something that requires a lot of memory such a graphics editors and the limited processing powers means that 3-D modeling project you have will need to be done on a full-fledged computer. That said, the netbook can't be beat for portability; just throw it in a backpack or a decent sized purse and go, and don't bother bringing the charger since you're bound to be fine for that trip to the coffee shop or a few classes.

So the answer to the question netbook vs. laptop? Well, that one's up to you, but I hope I have been able to help you make an informed choice.

This is the Netbook I have, and yes, the battery lasts a LONG time 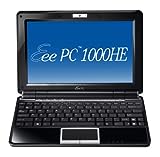