Dell on the other hand have teamed up with Nickelodeon to create the Dell Inspiron Mini Nickelodeon which they are marketing with the rather kid-friendly slogan of "have the slime of your life".

Whereas Asus are stressing the Disney image of good wholesome fun, Dell are appealing to the other side of kids that enjoys being disgusting, so the Dell Nickelodeon actually looks like it's covered in slime ! I suspect many kids will prefer the slime to Mickey Mouse.

The features included are  - Nick media which allows to stream MP3 songs and see advance screenings of Nick shows using the broadband media player, which can also show iCarly and Spongebob Squarepants characters. Customization of games is also encouraged and TV programs from Nick.com are available.

The netbook also tries to teach your kids something via Whyville - a virtual world which lets them learn and play with kids around the world using a customized avatar that shows them a range of educational and kid-friendly activities. Whyville has been approved by both teachers and parents. The netbook also has Internet security and parental controls of course.

The display is 10.1" which is slightly larger than the Asus Disney Netpal. Other features include an internal 802.11b/g WiFi, a 1.3MP webcam, 3 USB ports. The option of an external DVD drive, and a 160GB hard drive.

The keyboard has a multi-touch track pad and is spill-resistant. Priced at around $328 it is also slightly cheaper than the Asus.

So if you've got $330 or so to spend then the Dell Nickelodeon netbook is certainly worth a look. 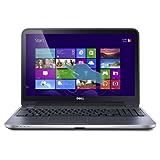