Technology And Our New Generation.

What about the dangers of texting while walking? They’re often severely overlooked. In fact, more injuries per mile occur from distracted walking.

Your being controlled!!! Unplug And Live Out In Life Not In A Device.

Where are we going?

Einstein said once "I fear the day that technology will surpass our human interaction. The world will have a generation of idiots". I think we are approaching that day very fast. My 11 year old can't go hardly anywhere without her tablet. It's with her when she eats, sleeps, goes to the market, it seem like she has to have it all the time.

Emergency room are now being flood with teens because they were texting while driving. More than one quarter of all car crashes is caused by texting while driving. Most deaths from those crashes were from ages 16 to 23. It is sad to think that if these kids just pulled over or waited until they arrived at their destination they would still be here. Most states have passed laws on even just talking on a phone while driving, but it's not being enforced enough

My state has the no cells while driving law, but I have seen on many occasions police officers themselves are talking on phones while driving. How can we expect to follow the law when the law enforcement officials ignore the law themselves. I wonder how many people just walk into walls and poles or trip and fall from not watching where they were goin because that update couldn't wait. Even worse to think how many has died falling into holes or walking into traffic.

It seems everywhere I go people have their ear buds in, or typing not a care in the world on what's happening around them. Life is passing them by as they slowly become more antisocial in real life. Now schools are even integrating tablets into or schools. When I was a kid we had none of that and we had so much fun.

I used to crack open rocks to see what was inside, instead of googling what rock were made of I was studying about what I found in a book. Those are the thick paper thing with pages that are in libraries for those who don't know. I climbed trees, I hung out with friends, went camping, and all this before the first computers were out. Internet was not even a word, and we wrote letters by hand, instead of e-mail.

The worst things for kids now is the internet. For instance If a kid was picking on you a school, bullying you, it stayed at school. Teen suicide is at a unacceptable level because now kids don't just get picked on at school for maybe being slow, or overweight, or any names that hurt. No it follows them everywhere now Facebook, Twitter, and what other social media sites are all these kids are on. Being bullied at home now, just tearing down their confidence. The bullies now have a way to get you where ever you are because all this technology.

Kids don't get a real connection to others today. Maybe Einstein was right our technology has surpassed our human interactions. How are the kid going to be as adults, spending their youth on the web, how will they socially be able to interact with others. I admit I have a cell phone, computer, and tablet, but I spend more time educating myself by books or documentaries. I find learning new things is far more fulfilling than some status update on how jimmy's fish tank looks dirty.

We have smart cars, smart watches, smart TV's, PC's, tablets, and phones all making us more dumb by the second. It is nice to be able to get information at our fingertips in just a few seconds, but what are we sacrificing in the process to get that information. My prediction for the future is we are going to be overweight slobs and everything we need will be a click away. Need new TV, click on it and it's delivered. Hungry, just a click away and it's here. Soon we won't have the need to go outside or even get off the couch. The only things we will need to do in the future is take a bath.

Who knows though, maybe someone will invent something for that to. I pray we have a brighter future than that.

The Advance 5.0 blends technology and design into an incredible package. The shiny metal finishing on the front frame brings out the essence of a well tailored

This should be the new standard for people. With all the technology out there we just mat need seeing eye persons to help us navigate out of dangerous situation

Is This What Our Future Is Coming To?

Seeing eye person's? Possibly after when we are Tweeting, Facebooking, or just checking e-mails we don't look up for a second. That is just enough time to walk into a window, car, train, bus, manhole, the list could go on forever.

Why can't we just check up on status's when were at home or on the john or when your standing still. So much is going on around you that you don't even notice anything besides what you are looking at.

There is a lot of world out there, and yes you can look up the Grand Canyon, but seeing it for real is majestical. The ocean isn't as powerful on a phone until you look at it through your own eyes. You can't live online all the time. It's not that important.

I didn't get my first cell phone until I was 18. 3 and up have them now. As a parent I want to warn you to limit their usage. Or you will be obsolete, you and your authority will go out the window.

All kids know now it online. Even if they go to a friends house to play they are more than likely just sitting there next to each other on their phone doing something else. Whatever happen to going outside and climbing a tree, yeah there is risk but they are being a kid and not a computer.

I not saying that devices are not use full, I'm saying don't let them run your life. Go outside enjoy the nature, or city, live life don't tweet about it.

The popularity of mobile devices has had some unintended and even dangerous or deadly consequences.

Just Waiting For Accidents To Occur.

Time to put it down

Proven Science Texting Or Talking On Phones Is Dangerous While Driving!

The test participants were so drunk that they could barley stand without wobbling. Still yet when they did their test with police supervision they did at least twice as good than the people who were talking and driving.

Parent's make sure your kid knows to pull over if it's important, or just ignore it completely. I think it is not worth losing you life just answer the phone in the car. If you have to pull over in a safe place and then call them back.

Connect Your Bluetooth Device Wirelessly Into Your Cars Audio System. 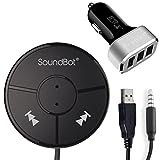