iPhone or Samsung? Which is "best?"

This blog post takes a look at the good things of both Apple's iPhone and the new Samsung Galaxy s5 smartphone, recently released by Samsung, who promises to give Apple a run for its money. Both phones are built on superior technology and hardware, as well as access to thousands of great apps on either the App Store or Google Play/Android marketplace. Here, we compare the phones side-by-side and give you the specs we like most on both. Then YOU can decide for yourself and vote at the bottom of this page, on which phone you think will rule!
Then sit back and watch and see if you're right....oh, and may the best phone win! First, let's take a look at the iPhone.

How the iPhone 5s Shines

Here are some of the features we like best in the Apple iPhone 5s:
4.0-inch Retina display
A7 chip with M7 motion coprocessor
Touch ID fingerprint sensor
8MP iSight camera with True Tone flash and 1080p HD video recording
Sleek, stylish design
Access to the over 700,000 apps in the Apple ™ App Store
Dynamic design known for quality, developed by Apple

So, if you are an Apple fan already, you will probably love the new Apple iPhone s5 model. It does everything your iPhone 4 does and more, and it comes in traditional black or white. Lots of accessories are available for the iPhone too, so that’s always a plus!

But if you want another choice, read our review of the Samsung s5 below.

How the Samsung Galazy s5 Shines

The Samsung Galaxy s5 is a phone that leaves you asking: “What does it NOT do?” Packed with new technology and hot features, you will never have a dull moment with the new Samsung Galaxy s5 at your fingertips. Its sleek design reminds you of iPhone but takes the extra leap of faith as its size is an impressive 5 inches so that you feel more like you are using a small tablet.

But as if that wasn’t enough, the Samsung’s latest edition to the smart phone world has multiple cool software additions it adds to this device through the Google Play Android Market. You’ll be able to do several cool things like:
-Record and monitor your calorie intake daily.
-Track the number of steps you take.
-Schedule and plan events.
-Block calls from people you do not want to receive calls from.
-Swype and “motion sensitive” technology makes calling, texting, and other activities a snap.
-Dynamic pan and tilt technology allows you to move the device with your body movements to get different camera angles, etc.

The features are seriously too many to mention, so go to the Amazon site to read more. Also check out the videos we posted on both phones below. We hope this information will help you make a more informed decision. Happy shopping!
-Deb

Both phones are real winners!

As you can see while reading this, there's no doubt that both phones are real winners. The iphone with its Apple technology is still a great phone that millions have found quite satisfying and the iPhone 5s takes Apple fans to a higher level.

The Samsung Galaxy s5, however, is definitely giving the iPhone a run for its money by offering pretty much all of the features the iPhone does and more, with next generation "swype" technology, dynamic tilt and pan in the camera, 3D capabilities and no effort hand motion operation. In addition to all of this the Samsung Galaxy s5 seems to be setting new standards for what is expected from your smart phone and begs the question, "What will the next one do?"

Which phone will rule the day? (Think carefully. This is an important issue!)

And the location we are featuring today is....... 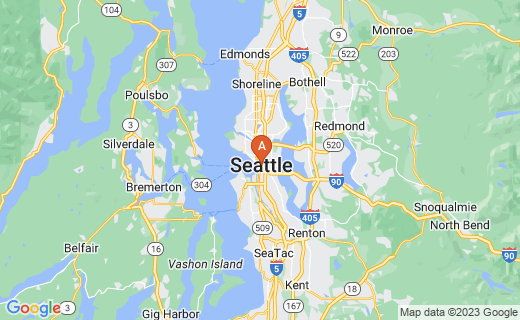 And the geographical location we are highlighting today is...

SEATTLE, Washington, where it rains 250 days out of the year, but they sure

have a great coastal view!

No we don't live in Seattle, but 2 of my publishers do!

Deb Killion is a well-known blogger and media content producer. All of her work including blog entries and posts are protected by copyright law. None of her work may be copied or reproduced in whole or in part without express written permission.