The iPhone 4S, the new Samsung Galaxy SIII and the HTC One X were the three main contenders until very recently for the title of the best smart phone on the market and since the matter is highly subjective, different people would have different favorites. But let's try to see what pros and cons each device has in comparison to its main competitors staring with the technical specifications.

You can also view Smart Phone Buying Guide 2012 for a wider range of smartphones.

As far as raw horse-power goes, the first thing that one notices is the clear loser. Without any surprise, it's the 2011 iPhone 4S, which is quickly becoming outdated, especially keeping in mind that it's a refresh of a model that is even older. The Samsung Galaxy SIII and the HTC One X are more evenly matched and it really depends on which CPU your particular device will be shipped with, but the record-setting 2GB or RAM available on the Galaxy SIII (double the 1GB on the HTC One X) is bound to let it edge out in front both in the dual and quad-core fields. Anyway, if you want to go for pure specs, both of the Android flagships are worth contenders and it will be very interesting to see how they stack up against each other on a multitude of benchmarks.

But lest us also not forget that the new moto of the industry is "The spec is dead", so users are caring less and less about the number of cores and the clock speed and more about the user experience and how well the device serves their needs and desires. So let's move on. 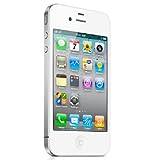 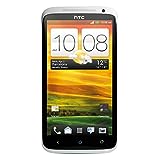 All of the three devices have beautiful recognizable design, which is also highly functional. It is really a matter of taste which one would one prefer to have in his pocket, but there are still some key differences. The Galaxy S3 is the largest of the three with the One X being a close second. Currently the trend is for flagship sizes to be going up and larger screens are usually easier to work with, but for some of the people these beasts are simply too big and they would rather go with the smaller iPhone 4S.

As long as build quality goes Samsung is last with its consistent use of lightweight plastic which makes the phone feel cheap. On the other hand, the other Android contender from HTC is also lightweight, but it has a unibody design formed from rather cool polycarbonate, which is claimed to be both rugged and durable. The iPhone as always has a high quality feel, but it's design is too much 2010 and not enough 2012. The 4S simply feels outdated and outclassed in the design department with its wide plastic spaces below and above the screen and sharp edges and Apple has no choice but to step up their game with the forthcoming sixth generation iPhone, which is expected to arrive later in 2012.

In the end, it's quite hard to determine a clear winner with Samsung Galaxy SIII and HTC One X undisguisedly stealing the show away from Apple, at least for now. Both Android flagships are good-looking and will probably find their own dedicated fan-base. Winds are blowing in favor of Samsung's new offering, but only time will tell, which phone would be more successful and adored.

The technical winner in this category if we view pixels per inch metric here is the oldest phone in the bunch - the iPhone 4S. All of the devices share the same screen resolution, but the two Android devices are bigger, which leads to a lower pixel density. Yet the three displays are all HD, and are all gorgeous. The technological leap that Samsung have made with their PenTile technology is evident and the Galaxy S3's display looks vivid with deep blacks and natural colors with very good balance. HTC on the other hand have gone with a different technology and have also executed it superbly.

In the end it really might turn out to be a matter of taste and a matter of how big a device one view's as balanced and comfortable, but one should not forget that even if the larger slabs might cause some pocket discomfort to some, they are much more comfortable to use, view and handle.

As far as software goes, the iPhone is once more the odd one in the trio. While both of the other handsets are running Android's latest version Ice Cream Sandwich, the 4S is running Apple's own iOS. It doesn't have widgets and things are simple enough for your grandmother to be able to learn how to use one. And for a lot of people who don't really worry about specs, screen size, or benchmarks, this is all that matters. Apple are notoriously great at designing highly competitive devices with intuitive and understandable user interface. Of course, sometimes the lack of clutter, means a lack of the customization possibilities desired by the widget-loving Android-friendly power user. Another thing that makes the iPhone 4S a compelling purchase is the abundance of third-party apps that actually are the reason for the iPhone iconic status especially in the non-tech-savvy crowd. Despite the fact that it's getting outdated, the iPhone 4S is not on its last legs yet and can handle a wide range of tasks with ease. There are people that would stick to it and from their point of view, they are doing the right thing. But the iPhone 4S is now up against the mightiest competitors it has ever seen.

So let's look at the two supreme contenders running the only operating system that has a chance of satisfying the power user - Android 4.0 also known as Ice Cream Sandwich, shortened to ICS. Google's new smart phone and tablet operating system is a big leap forward, but both Samsung and HTC have decided to put their own custom skins on top of it inhibiting the pure ICS experience. This was a bit of a gamble, keeping in mind all the thought and effort Google have put into their product in order to make it more user-friendly and uncluttered, while enhancing its features. For Samsung the attempt to improve it should be considered a failure for the true Android lovers. The Galaxy SIII is a great device, but Samsung's custom skin dubbed TouchWiz Nature UX doesn't really add to the user experience. First of all, it's too heavy, cluttered and practically downgrades Android 4.0 back to 2.3-like user experience. At the same time HTC went for the same approach trying to differentiate their devices from the rest of the Android pack with a custom skin. Their answer was HTC Sense 4 and it is right on target, keeping a lot of the new Ice Cream Sandwich features and adding a bit more utility and usability. While Samsung's TouchWiz is something that fights against the Android 4.0 experience, Sense 4 is something designed to enhance it or at least compliment it. This is understandable since while Samsung had the best selling Android device date to (Galaxy S II) and started from there, HTC were losing market share with their blurred-by-noise product line and had to start from a blank drawing board to redefine what an HTC premium smart phone was. And they came up with something extremely competitive and memorable - a true flagship. Despite the fact that the user experience on the HTC is superior from an ICS purist's point of view, it is quite likely that a lot of users would see TouchWiz as something familiar and nice, instead of something backwards.

Additionally, for a lot of users the user experience is something you simply get used to and what is more important are all the additional cool and/or useful features. And as far as bundled software goes, the Samsung Galaxy SIII is currently unrivaled. It has features like facial recognition unlock, monitoring your eyes in order to decide when to turn off the screen, all the built-in NFC usability, the ability to view videos in a separate smaller window while working on other tasks at the same time and many more. This does not mean the HTC One X or the iPhone 4S don't have their own rivaling killer features, but the Samsung Galaxy SIII wins by sheer number.

So it is very hard to produce a final verdict on software and OS superiority since the three devices feature different user experiences and in the end, it is a matter of personal preference and taste, which is highly subjective. But if there is something quantifiable, it is the number of useful features not present with the competitors and the Samsung Galaxy SIII has currently managed to just nudge in front in that metric. To see a bit more details on this you could also check out Five Interesting and Useful Galaxy SIII Features Everybody Should Know About.

OS And Software Winner: Samsung Galaxy SIII (but only if this is the smart phone you personally feel the most comfortable with)

So in the end, after we've dealt with many aspects of the three most desired flagships currently on the market, we need to try and make an informed decision with our next smart phone purchase. There is no way to point out a single winner without falling pray of to your own personal preferences, but let's try anyway. Each of the three devices is a masterpiece and one can't really go wrong with either one, but currently the one that packs the most features and the best technical specifications is the Samsung Galaxy SIII and it is going to be a very tough competitor to beat, but HTC One X will surely finds its own following too. The iPhone 4S presents a different approach, but keeping in mind that it's a refresh of a 2012 model, it might be much better of the people that feel most at home with iOS to wait for the next generation iPhone to come out in the end of 2012, which will surely give any 2012 Android device a proper run for its money. So it's time for to choose between the two best 2012 Android devices and the choice is driven by the smallest details in the vein of memory card slot support and removable battery.

You can also view Smart Phone Buying Guide 2012 for a wider range of smartphones.