I'm actually writing this on the Nokia 5800 xpressmusic. Don't get me wrong its not bad for what it is, midrange of the hi-tech smart phones and I quite like it as a phone, but sometimes I feel doesn't really have much to distinguish it from the smart or touch screen phones or at all. It holds the dubious distinction of being one of the smaller smart phones, quite a bit smaller than the Iphone and some of the Samsung competition. Equally, this leads to its most annoying issue, screen size on a touch screen phone, but we'll cover that later.

It does have some good features, for one, its ability to play movies. This might seem an odd thing to pick out especially for something with a narrow screen but I spend a good deal of time travelling, mainly on trains. When you have to switch and they give you a half hour wait at the platform, there really isn't much you can do apart from wait. Instead I get my phone out and watch something for half an hour - much better.

It also has a substantially better battery life than most of its competition. Friends with Iphone tend to get a day, sometimes a bit more before its dead; I regularly get 3 days or more battery with pictures and music. This is most likely to be on account of the smaller screen. It seems to be very stable as well, in over 6 months of using it, I’ve never so much as had a program hang, never mind a full crash. The phone does at least pack a lot of hardware punch in speed terms. Below are the five things that irk me about this phone:

The screen. Clearly this phone has been aimed at the people who will sacrifice a bit of screen size so as not to be lugging a brick around. There are three things I like about the screen. One, they obviously invested in high pixel counts on the screen; its both bring and clear, even outside in the sunshine. Two, it’s a touch screen which is great and three, its pressure activated which means you can use anything to write on it. I frequently use the back of a plastic pen to operate the phone. Can't do that on an Iphone! On the other hand, although the pressure activated operation is good, realistically it’s the cheaper type of touch screen, not being multi-touch.

The main issue really is the narrow screen and effective screen size is too small for most of what you want to do on it. I have some games that are not meant for the 5800 and you have to guess at what is missing on the outsides of the screen. The full querty keyboard is basically useless as in upright orientation it’s too small to use and in horizontal orientation you only get two lines of text shown at once. In addition, the screen is not particularly responsive to fast typing. The screen is technically a 3.2” screen, however Nokia, have covered the top with sensors, the forward camera, and a dedicated multimedia drop down button, effectively turning this otherwise useable screen into a 2.8 inch. Nokia, this should have been at least 3 inches.

The sim card and Intermittent Signal.

I don’t know whether there is something wrong with the particular phone I have, but the construction on the sim card slot is not really hefty enough. Mine frequently is only in intermittent contact with the phone. Instead of displaying a sim error, the phone merely appears as though it doesn’t have any signal at all. A quick wiggle of the sim in its slot quickly re-establishes the contact and the signal is back. This is really very irritating and by far the worst thing. I've taken to squeezing the phone at the edge where the sim is located and this also works. 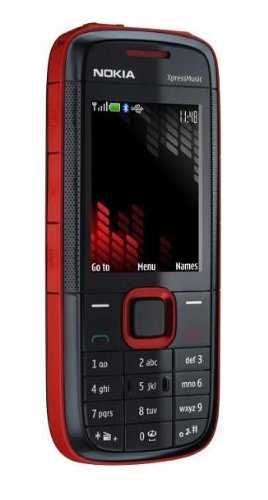 Open fine but closing them is a little more difficult. Very often on this phone, you don’t close programs, you merely minimise them. Items such as the dialled numbers screen, the phonebook and other seem to disappear on using them or migrating from one screen to another, e.g. when making phone calls. They actually don’t get shut down; they recess, much the same way as minimising a screen on a computer.

You have to get them back by pressing and holding the middle of the three buttons, the dedicated menu button, which then displays programs open. My record is about 6 different programs I wasn’t using. In fairness to Nokia, this has an effect that’s good. It allows the programs already open to resume much much quicker should you wish to access them again. Instead of opening them, you merely resume them. In addition, the phone hardware (processor, ram etc) can obviously handle it.

The bad thing is (aside from being annoying as I don’t like that kind of hidden functioning), as always, battery life. The more you have open, the more demand on the hardware, the shorter the battery life. One time, I couldn’t work out why I was having to charge my phone every day. Turns out, I’d been playing guitar rock tour for four days! Incidentally, if you actually wish to minimise the program, for instance, playing music and then wanting to text, the back button on the music player will actually shut the player and stop your music.

What you need to do is have your program open, press and hold the middle key until the menu comes up and then select either the house icon (home screen) or the green circle/blue square icon (menu). From there you can open more programs and navigate around the phone.

While not particularly being bad in itself, the method for holding it onto the phone is abysmal. Through no fault of my own, I have now lost two of these. The second one, I taped to the phone using black insulation tape. After a while, the tape fell off and I lost the stylus. Nokia, fail on construction here.

The none lettered keypad.

I have used Iphones and Samsung offerings before and I note that on the touch screen number pad, they also display letters. Recently while on the phone to my bank, they asked me to input the first, fourth and ninth letters of my password. Aside from having to work out which was which, I then had the dilemma of working out which key to press to get the letter P and the letter S and the letter O. I actually had to borrow a conventional buttoned phone off a work colleague in order to tell which numbers I should be pressing. Really Nokia, would it have been so difficult to put letters there? I don’t spend my time memorising the alphanumerical keyboard on your phones!

This may have seemed a very negative slant on what is basically a good phone, but it’s more the little things that irked me. Other than these and one or two other minor things, I think it’s a fantastic phone that benefits a million percent from not being an over-cool-ised Apple product. It’s small and powerful with good usability, the speed and connectivity are pretty good (internet is a little slow!). While I'd always say shop around for what you like, this is a worthy adition to the market!