So, the way it works is you load it with film (ZINK Media Photo Paper) right behind the display screen before you turn it on. It got a couple of different settings, it can take 720p video that can be saved in an external memory card or in the internal memory and of course you can take a still shot photos.

The photo that you take doesn't print automatically like the traditional Polaroid camera do, instead you can go to the menu, and set how many prints that you want, you can also add some cool filter & frames to your photos.

It takes less than a minute to print, it is actually fairly fast but you have to wait for the whole thing to come out. It looks very similar to the traditional Polaroid, but in a different form factors.

The photo is more rectangular, it doesn't have the white border/frame on it. It got a sticker-back, even though I don't really like it that way but that's pretty cool for a photo sticker fans.

Here's some of the specs that you might want to know before buying the new polaroid Z2300 camera. 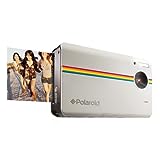 The Black Z2300 by Polaroid 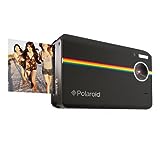 This camera uses the ZINK film paper specially made by Polaroid. It came in one standard size which is 2 X 3" and 2 different quantity, 30 & 50 films per pack. 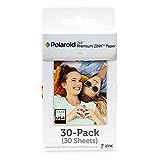 Your Rating on Polaroid Z2300

Are You a Real Polaroid Camera Fan?

Do You Own A Digital Polaroid Camera?