10 Hidden Places Around The World

The world contains numerous hidden treasures which are definitely worth seeing. They are not the fanciest holiday destinations and not advertised in tourist magazines. Join me in an imaginary tour to discover the world’s most wonderful hidden treasures.

If you are attracted to the nostalgic atmosphere of medieval buildings, this is the perfect place for you. Located in one of Amernia’s most amazing landscapes, Tatev’s monastery was built in the 9th century on a basalt tableland, overviewing the river Vorotan.

Besides visiting the monastery, discovering the village of Tatev and the breathtaking landscape is also worth your time. 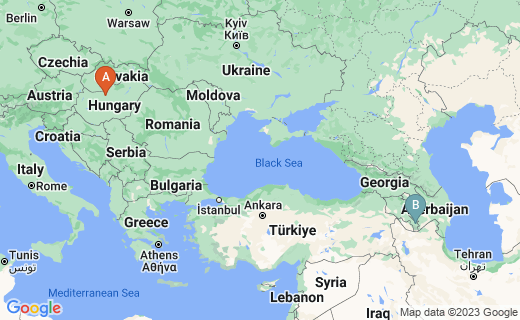 2. A teardrop of tranquility: Lake Bled in Slovenia

In the nearby Slovenia a wonderful result of the cooperation of man and nature can be found: Bled. Whether you are looking at the tiny island in the middle of the green emerald Lake Bled next to the Julian Alps, or the castle hanging on to the rocks besides the lake, the whole place is like a postcard. The landscape is amazing in every season, so it’s worth visiting Bled more than just one time. 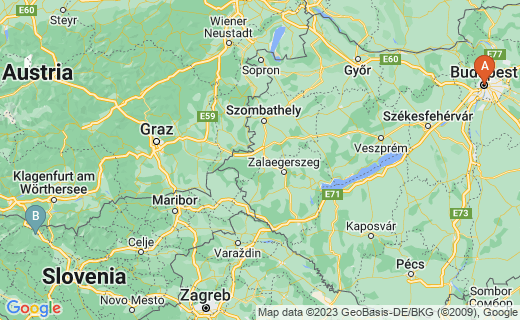 Bled is 550 kms from Budapest, so it can be a road trip destination. In addition, the capital of Slovenia, Ljubljana is only for two hours by plane.

3. Bridge between past and present: the town of Mostar in Bosnia-Herzegovina

The medieval town in Bosnia-Herzegovina, Mostar is named after the Old Bridge crossing the river Neretva, which cuts the town in half. Besides the bridge, the buildings remaining from the Ottoman Empire and the Herzegovinian hills create an inimitable atmosphere.

During the summer we need to be extra attentive: Mostar is the hottest city in the country where the temperature might reach the 45 Celsius. 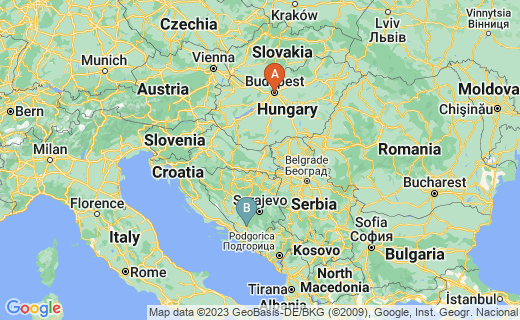 4. Top of the Balkan: Rila National Park in Bulgaria

The Rila mountain lying in Bulgaria with its 2925 metres pike is the highest point of the Balkan. On these mountains there are numerous heat sources and more than 200 mountain lakes called maars hosting the rich flora and fauna of the Rila National Park. The landscape is enriched by caves, canons, and waterfalls. 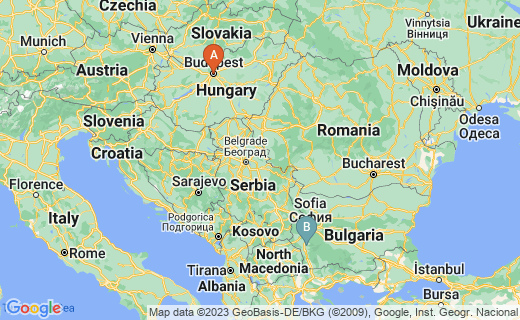 Sofia, the capital of Bulgaria is an 8 hour car ride from Budapest, but we can get on a Budapest-Sofia flight and reach our destination in 1 hour.

5. Summoning medieval times in the Caucasus: the town of Mtskheta in Georgia

Mtskheta in Georgia is not only a great tongue-twister, but a special holiday destination for the ones who fancy travelling not only in space, but in time as well. The town’s medieval churches, monasteries, and buildings are proving the advanced art and culture of the Kingdom of Kartli.

The town - as being part of the World Cultural Heritage - is a historically and art historically important venue. 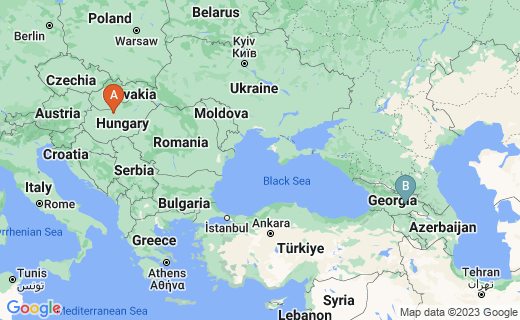 The town can be approached from both the northern and the southern coast of the Black Sea, but both ways are about 3000 kms from Budapest. Although Tbilisi, the capital of Georgia is just a five hour flight from Budapest.

6. Footprints of the ancient times: necropolis in a mountainside

The ancient greek town of Myra today is in Turkey and is called Demre. On this piece of the lucian heritage a theatre with 13 thousand seats and the necropolis mountainside count as the biggest attractions.

The chambers craved into the mountain are explained by the belief that the dead will be entering the afterworld by flying with wings. 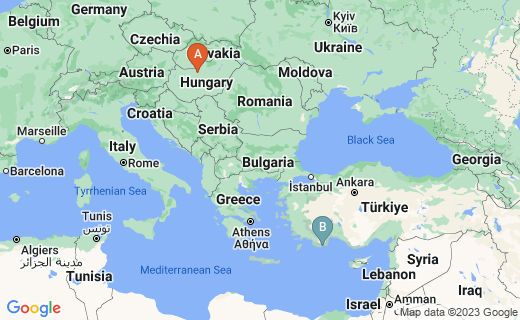 7. Monastery by the rocks: after Mostar you shouldn’t miss Blagaj

If you are visiting the above-mentioned Mostar, you should definitely check out the nearby Blagaj. The seat of the Herzegovinian regnant, the dervish monastery is located at the bottom of a 200 metre cliff where the river Buna comes out from the rocks. The rocks beside the monastery create small waterfalls providing a special atmosphere with the constant babbling. 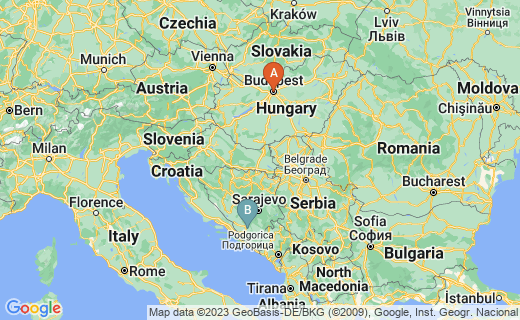 Blagaj is only 13 kms from Mostar, and it is advised to approach it by the Croatian coast, or by plane through Sarajevo.

8. The diverse Balkan city: Skopje, the capital of Macedonia

Skopje, the capital of Macedonia, is an interesting destination for numerous reasons. Firstly, the Roman Scudi fortress and many Turkish memories from the time of the Turkish Empire. Most of the remainings of different eras of history were destroyed by an earthquake in 1963, which was followed by a large-scale rebuilding until 1980.

Rebuilding has gotten new wings in the past few years, but interestingly, in a historicizing manner. It’s worth to visit the Memorial House of Mother Teresa, who was born in the city. 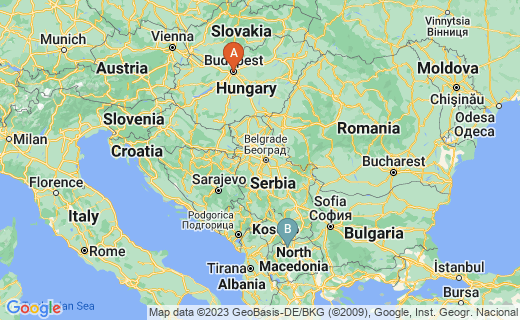 The car ride to Skopje is more than 800 kms crossing Serbia. By plane you can reach Skopje in about three hours.

9. The city of a thousand windows: the fortress of Berat in Albania

The Albaian city of Berat is mostly famous for its two-storey white houses which lead towards a fortress on the top of the hill. The windows are overlooking the city under the hill, which is why Berat is called “the city of a thousand windows”.

Another fascinating fact about the city is that it is a melting point of religious historical memories: there are several churches, mosques, and jewish memorials. 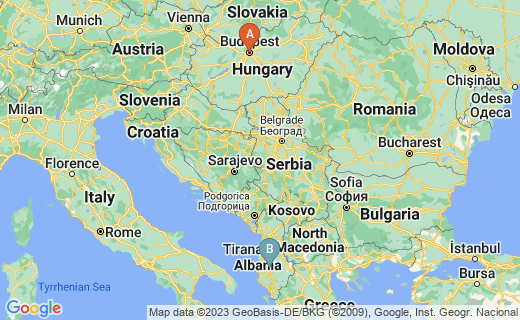 10. On the coast of the turquoise sea: the charm of Alacati

I haven’t forgotten about those who are wishing for a splash in a crystal clear sea. Alacati is not overcrowded by tourists, is surrounded by mountains, and guarantees you a nice time with its 14th century milieu.

The ivory stone houses and pastel blinders of the rustic hotels are a fine decoration for some fun in the turquoise sea. At night the town gets full of life, all the cafés, bars and restaurants open, where we can try the town’s first class wine selection as well. 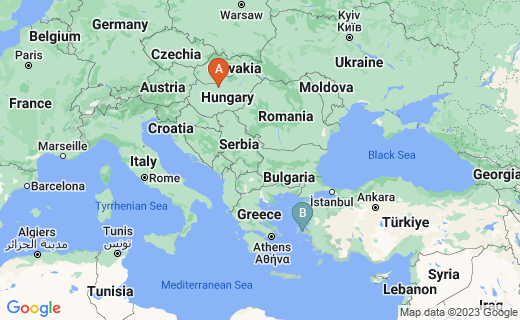