In 1961, Six Flags opened its first amusement park, Six Flags Over Texas in Arlington, Texas.  This first park included a Native American village, a gondola ride, a railroad and Skull Island – a pirate-themed adventure area – but no water park.  Six Flags would not own a water park until 1981 with White Water Bay in Oklahoma City.  Other water parks were added to the family in the early 1980s.  Since 1961, Six Flags has grown, changed ownership, and purchased, built and sold many amusement parks around the world.

Six Flags is the world's largest amusement park corporation based on number of properties and the fourth most popular based on attendance.  It currently maintains 20 properties in North America and one in Dubai.  Six Flags parks today include water parks, theme parks, thrill parks and family resorts.  Of the 21 properties, only four are separate gated water parks.

Six Flags White Water in Georgia is 70 acres located northwest of Atlanta.  It is the oldest operational water park in the Six Flags family, opening in 1983.  White Water is a Travel Channel Top 10 Water park for good reason.  It has 50 attractions including Cliffhanger with its 90 foot free fall.  Thrill riders will also love Dragon Tail's legendary 250 foot triple drop.  The majority of the attractions are family rides.  Black River Falls plunges older kids and adults through 400 foot shafts lit up only by pinholes.  The Tornado is another popular high-speed ride at White Water.  The 100-meter Splash gives friends the opportunity to challenge each other on a six-lane, toboggan-style water racing course.  The Atlanta Ocean thrills all ages with four foot waves in 700,000 gallon pool.  Toddlers and young children will delight at Captain Kid’s Cove and Little Squirt’s Island.  Both have a height requirement – 54” unless accompanied by a child.  When the fun has worn out the kids, take a lazy tube ride on The Little Hooch River.  White Water also holds special celebrations for Memorial Day, Fourth of July and Labor Day.  Opening day in 2010 is on May 22. 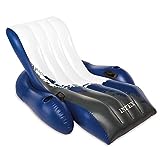 Splashwater Kingdom in New York is part of The Great Escape resort.  Opening in 1995, Splashwater Kingdom features the Tornado and several other thrill rides.  For the little ones there is Noah’s Sprayground, a playground with water fountains, pools and body slides, and Paul Bunyan;s Bucket Brigade, a treehouse with spraying water, five body slides, and a 500-gallon water bucket that drenches the area every eight minutes.  Families looking for relaxation enjoy tubing down Capt’n Hook’s Adventure River, an 850-foot long, 28-inch deep river featuring waterfalls, geysers, waves and a strong current.  For riders looking for more of a thrill, three rides feature waterfalls – drops through partially-enclosed tubes – at the beginning:  Twister Falls, Banshee Plunge, and Blue Typhoon.

Many of Six Flags’ amusement parks contain a water park within the theme park, an added attraction for park-goers.  All the parks feature great rides, dining areas and shops, and season passes are available at many of them.  Water parks have long been a summer favorite with families, a favorite way to cool off and enjoy summer’s heat and sun.  Since the 1980s, Six Flags has been a leader and innovator of water parks and water rides bringing their guests day-long water fun, and every summer brings the plea, “Can we go to Six Flags?” to kids’ lips around the country.