Dayton Ohio is the Gem City -- A Jeweled Tapestry of the Past, Present and Future

A Gem of a City

On the banks of the Great Miami River that meanders through the rolling hills and valleys of southwestern Ohio lies a city that our forefathers likened to a gem, the city of Dayton, Ohio. Though the origin of its nickname, the ‘Gem City,’ might be at question, theories abound -- one being that Dayton is a ‘gem in the crown’ of the Queen City, Cincinnati, Ohio, that lies to the south.

The best way that a place can be measured is through its people. Throughout the years, its people have shown that Dayton is a diamond of the first water with no need to attach itself to another city to shine. The Gem City has spawned and nurtured some of the best and brightest diamonds that the world has to offer, the most notable gems being Wilbur and Orville Wright who pioneered aviation.

Changing the Course of the World

What would the world be like today without flight? That two lowly bicycle repairmen who grew up in Dayton, Ohio could change the course of the world is an incredible feat. What many do not know is that the Wright Brothers were contemporaries -- and Orville, the classmate -- of another famous Daytonian, Paul Laurence Dunbar, the first African-American poet of national prominence. These three are honored through the Dayton Aviation Heritage National Historic Park, which includes the original Wright Brothers bicycle shop that is listed as a National Historic landmark and Huffman Prairie Field, now part of Wright-Patterson Air Force Base, where the Wright Brothers flew their airplanes in the area. The park is different than many in that its attractions lie in various parts of the area. Most attractions are free, but visits to the Paul Laurence Dunbar House are $6.00.

Wright-Patterson Air Force Base employs thousands of the best and brightest working diligently to protect us in both peacetime and war. Though large portions of the base are off limits to most, the National Museum of the Air Force is a tribute to the legacy of the Wright Brothers. The museum, which is the oldest and largest military museum, boasts over 400 airplane exhibits, including a replica of the 1909 Wright Military Flyer. Other attractions include Morphis Movie Ride, a simulated flight theater and an IMAX theater showing several features daily. Admission to the museum is free and partially funded by the admission price to the IMAX theater and Morphis ride, along with the gift shop.

A Sparking Diamond of the Gem City

John Patterson founded the National Cash Register Company (NCR) in Dayton, Ohio. He was a true visionary and leader of the early 20th century. Back in 1893, while other factories ran sweat shops, he built the first “daylight” factory to let fresh air and light into his factory. His leadership skills were most evident during the Great Flood of 1913, when the levees gave way in downtown Dayton, flooding the streets of the city with up to 20 feet of water within minutes. Within an hour of that event, Patterson began to lead recovery efforts, his factory quickly building over 300 flat bottomed boats to rescue stranded citizens from rooftops and storied buildings. He also provided emergency shelter in his factories for those forced out by floods and headed efforts to organize doctors and nurses to provide medical care.

After the flood, Patterson was instrumental in helping to create the Miami Conservancy District, one of the first flood control systems in the United States. Patterned after a project in Loire Valley, France, the series of five dams have kept the Dayton area from another catastrophe like the Great Flood of 1913. Today, these dams also provide recreation for area residents and visitors that include boating, fishing, biking trails and picnicking while providing reserve land for the local flora and fauna.

Dayton's Contribution to World War I

Charles Kettering was a prolific inventor, garnering over 140 patents in his illustrious career. His most famous invention was an electric starter for cars in 1911, eliminating the crank, and making automobiles easy for anyone to use. He co-founded the Dayton Engineering Laboratory Company, known as Delco, which eventually became a subsidiary of General Motors. Along with Orville Wright, Harold Talbott and Colonel Edward Andrew Deeds, he also founded the Dayton-Wright Airplane company and they manufactured the only plane used in World War I -- the DeHavilland DH.4 Bomber -- at a Delco factory just south of Dayton in Moraine, Ohio.

The Sweet Music of Carillon Park

Carillon Historical Park was the vision of Colonel Deeds. It is a 65 acre park located in southern Dayton. Named for its 151 foot high carillon, its 56 bells ring out from the well known local landmark. The park consists of four segments: settlement, transportation, invention and industry. In the settlement portion, the grounds are home to Dayton’s oldest building, the George Newcomb tavern, built in 1796. The park even has a toll office and original lock of the long defunct Miami and Erie Canal that linked the Ohio River in Cincinnati to Lake Erie in Toledo, Ohio. The park also boasts a working 1930’s era print shop.

As part of the Dayton Aviation Heritage Park, the original 1905 Wright III flyer is on display at Carillon Park. Before his death in 1948, Orville Wright was consulted on its restoration. Still, though, the centerpiece of Carillon Park is, of course, the carillon. The park employs a carillonneur, who makes sweet music every Sunday afternoon during June, July and August. Admission to the park is just $8.00 for adults.

Woodland Cemetery and Arboretum is known as one of the oldest “garden” cemeteries in America. According to Wikipedia, a garden, or rural, cemetery “uses landscaping in a park-like setting.” Woodland Cemetery sits at the highest point in Dayton, Ohio on 200 acres of land. During the Great Flood, it became a refuge for many of the people of Dayton who were trying to escape the rising flood waters.

Many of the trees on the grounds are well over a century old. These fine old specimens shade the resting places of all the notables of Dayton that are previously mentioned here, along with Erma Bombeck, columnist and author, who made us all laugh with her observations of daily life, L.M. Berry, founder of the original Yellow Pages and many more. Woodland Cemetery offers guided tours from April to October, though visitors are free to roam the grounds at will during daylight hours.

Many of the memorial tributes are wonderfully done and a visit to the cemetery just to view these statutes and tombstones are well worth it.

In the heart of Dayton lies the crown jewel of the Gem City, an institute which is the testament of the culture of the people of Dayton. Listed on the National Register of Historic Places, the Dayton Art Institute is a fine reproduction of 16th Century Italian Renaissance architecture. The collection housed there contains over 26,000 permanent exhibitions spanning a 5,000 year period in art history. The 60,000 square foot museum also hosts touring exhibits that draw visitors from all over the country. Several of the original patrons of Dayton Art Institute include Orville Wright and John Patterson.

Dayton was long known as an industrial town, employing thousands at factories like General Motors, Delco, Frigidaire, McCall’s and many others. Today, Dayton is emerging as a technological hub, a case in point being the new Dayton Tech Town, a new enterprise that hopes to bring more IT businesses to town. According to the Dayton Business Journal, Tech Town is supposed to promote partnerships between government, industry and academia….” Tech Town is a 30 acre site that sits within the city of Dayton on a site that used to be Harrison Radiator, which was considered a “brownfield” or abandoned industrial site.

An excerpt from the the Tech Town news section of its website, dated May 2009 and attributed to White Paper, explains further:

“According to Steve Nutt, Tech Town’s Strategic Development Director, “Tech Town will be especially friendly industries such as sensors and RFID, and Dayton is expected to become a world-renowned hub for research and commercialization in these arenas….” and explains the function of one of Tech Town’s anchor tenants, the University of Dayton-led Institute for and Commercialization of Advanced Sensor Technology (IDCAST). “IDCAST is a consortium of universities, government agencies, and businesses whose goal is to bring sensor technologies to commercialization.”

With projects like these on the horizon, Dayton is continuing on with its tradition of innovation and adapting to meet the needs of future generations. Instead of being the crown of Cincinnati, Dayton is more like a jeweled tapestry, interwoven with the threads of progress, visionaries, culture and a keen sense of the preservation of our history. There is no doubt that Dayton will continue to draw and nurture some of the finest intellectual minds in the world into a never ending tapestry that we Daytonians call home.

See below for Comments 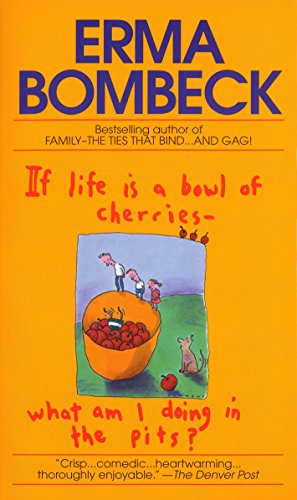 If Life Is a Bowl of Cherries, What Am I Doing in the Pits?
Buy Now