Unity Temple, designed by architect Frank Lloyd Wright, was built between 1905 and 1908 in Oak Park, Illinois, just outside Chicago. The temple was one of the first buildings constructed with reinforced concrete as its main material, leading many architects to consider it the world's first modern building.

Unity Temple, named a National Historic Landmark in 1971, is within walking distance of Frank Lloyd Wright's studio and home, so the two places can easily be seen in one visit. Here are some highlights of the temple.

All photos were taken by us unless otherwise noted.

Our Choice of Best Tourbook for Chicago 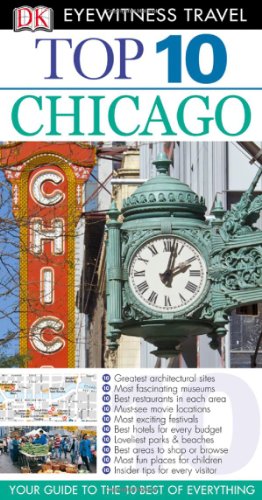 The Actual Temple: a Light and Bright Auditorium

Frank Lloyd Wright's design has you walk along rather narrow hallways to the main temple. This was done on purpose -- you leave the hallway by ascending a small flight of stairs into the temple, a pathway that tricks you into seeing the space as even bigger than it really is.

Not that it is small, necessarily. The main temple seats 400 in wrap-around fashion on multiple levels, creating a kind of intimacy. When we visited there was an architecture tour being conducted, and I sat in several places and clearly heard every word the tour guide said (she is in the lower left of the photo).

The guide said that Lloyd Wright called Unity Temple his "jewel box," and I can understand what he meant.

The oak grill in the back hides the temple's organs.

One thing that does appear to be missing is the usual religious symbols that are associated with churches and temples. The guide mentions that the temple belongs to the Unitarian Universalist Church, a more liberal faith that believes in the search for spiritual growth. One of its symbols is the chalice, seen on top of the table in the photo.

Viewing the Unity House Section of the Temple

The building is divided into three parts: the temple, entrance hall and unity house. The entrance hall is in the middle section, with doors opening onto courtyards on either side. Above the door is the saying ''FOR THE WORSHIP OF GOD AND THE SERVICE OF MAN."

The thing that strikes me is how modern the entrance hall feels, as if almost every architect putting together a similar building copied it. I would have thought I was entering the entrance hall of a modern school or municipal building if I didn't know that the place was over 100 years old.

After paying an entrance fee, we turned into the Unity House. This section of the building is the social and secular area, and it has a large fireplace along the far wall to welcome people. The two stories that make up this section consist of classrooms, a kitchen and study surrounding a wide open space in the center.

I very much like the lighting fixtures in this area (see photo). The wood trim is natural oak, and there is a light and airy feeling to the room.

For More About Unity Temple 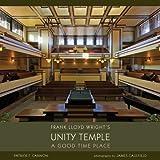 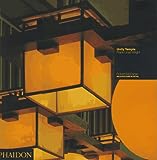 For More About Frank Lloyd Wright

With Frank Lloyd Wright one of the most influential America architects ever, it isn't surprising that there are many, many books written about him. A search for ''Frank Lloyd Wright'' results in more than 11,000 results in the books category, so there ought to be one that answers any of your questions.

Of course, you can use this search engine to look for anything on Amazon related to Frank Lloyd Wright, or for anything else!

Frank Lloyd Wright and his wife visited Japan in 1905, touring many historical and national landmarks for two months. This trip influenced the architect in many of his later works, especially in his use of space within buildings.

In the Unity Temple the hanging light fixtures have a Japanese feel to them, and I wonder whether the local Oak Park residents realized that at the time.

Lloyd Wright did add a modern touch though. For many of the lighting fixtures he left the electrical cords exposed, with gold silk thread, in an early example of expressing function in a moden artistic way.

Have You Ever Visited Frank Lloyd Wright's Unity Temple?

Frank Lloyd Wright's home and studio are within walking distance of Unity Temple so you can visit both in a single day -- though it's best that you make a reservation for the architect's home. Here is an in-depth review of the home and studio to help you plan your visit:

18 in. x 24 in.
Click Here for More Information or to Buy This at Allposters.com