Akron, Ohio is famous for the beginnings of the Rubber Industry, its air field hangar for building rubber blimps and other airships, and for Quaker Oats. The economy in Eastern Ohio is growing as well, making Akron and the Akron-Canton Area great for living, working, and visiting.

Rubber Giant on the Erie Canal

Akron is one of the Best 25 Mid-Sized Cities in America for Jobs and Business development. It grew to this result from its beginning as a canal town.

Akron was founded in 1825 in Summit County, Ohio on the Cuyahoga River. Ohio had been a US State for only 22 years at that time. Shipping and coal-based heavy manufacturing enjoyed success for many years, but declined markedly in the shadow of increasing research & development, high technology businesses, and the advance of financial products as a lucrative industry sector.

Akron grew at its site of the beginning of the Erie Canal between 1803 - 1827 and grew again from 1860 - 1870 as a result of its healthy coal business and the energy it created to manufacture steel. Because of this, a major railroad line was built through Akron and AMTRAK passenger trains ran into Quaker Square for years. The nearest stations are in Alliance to the southeast and Cleveland to the north.

Between the canal and the railroad, industry and manufacturing grew tremendously. In the 21st century, green industries are taking the lead with sustainable energy initiatives.

A biomedical engineer and PhD in electrical engineering, Judith Resnik was lost in the crash of the US Space Shuttle Challenger, STS-51-L in January 1986. She had been recruited to NASA by Star Trek actress Nichelle Nichols in 1978 and enjoyed eight years on the Final Frontier. 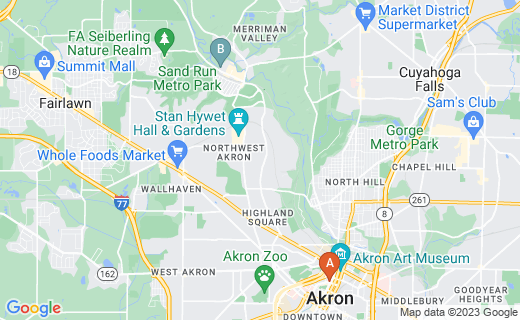 Akron on the Erie Canal

B.F. Goodrich established the first rubber company in Akron in 1869.

General Tire and Goodyear Tire and Rubber also built manufacturing plants, but later moved away. Before that decline, people were moving all the way from Europe to come to Akron and work in the rubber industry.

Akron became famous for its nickname "The Rubber Capital of the World" - commercial rubber was invented in the Akron area.

European radial tires and their popularity caused a decline in business, but in the 1990s, Goodyear was able to hold its ground and thrive when its competitors left town.

The Goodyear Blimp is famous and seen nationwide at many events and holiday celebrations. 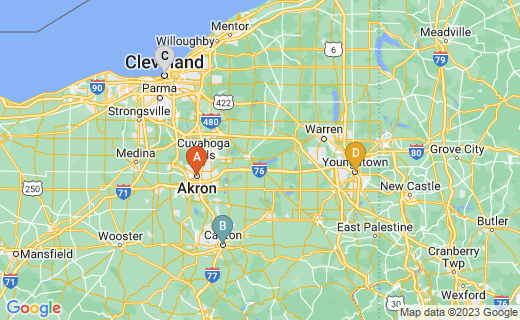 AMTRAK closed down its famous train station and accommodations annex at Quaker Square, but the area is still a good one to visit.

The University of Akron purchased several of the buildings and converted the hotel built from grain silos to a hotel dedicated to students and their families. Several historic displays are still open to the public on site.

Several shops and eateries are located in the Quaker Square Complex now for visitors to enjoy and the silo building is on the National Historic Register.

Using the grain silos standing since 1825, Quaker Oats officials had the hotel built by 1936. An AMTRAK train depot operated at the site until the early 2000s, when both passenger train and Greyhound bus service became severely limited in the state. Public transportation is on the rise again with a new intermodal hub and future plans for more options. 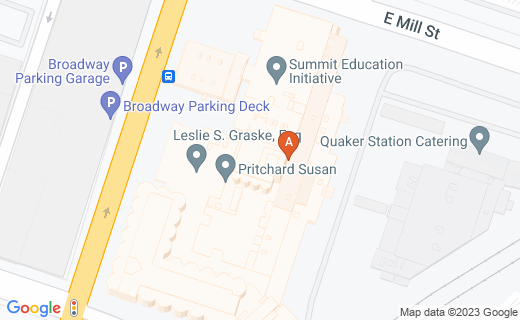 The industries creating the largest number of jobs in Akron are:

The above jobs are needed in Healthcare, Environmental Engineering, Finance, Information Technology (IT), and Social Services.

6 The University of Akron

Akron and Nearby Sports