An Introduction to Alexandria 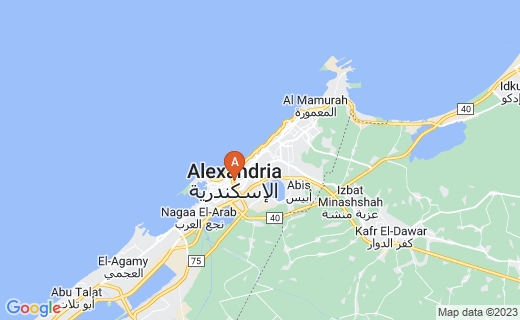 Alexandria is the largest port in the Arab Republic of Egypt and one of the major summer resorts on the 225 kms. from Cairo by the Delta Road, and 221 kms. by the Desert Road. It is the pearl of the Mediterranean and the second capital of Egypt it is noted for its outstanding location, mild climate all year round and fine sandy beaches stretching over 40 kms. from sidi kreir in the west to Abu kir in the east, hence attracting thousands of visitors in summer.

Alexandria was named after Alexander the Great who ordered the foundation of the city in 332 B.C. on the site of a small village called Racoda, in order to connect Egypt with his fatherland Greece by sea. He assigned his chief architect Dinocrates of Rhodes with the planning of the new city which immortalized his name along history.

I remember when I was a child and my family and I used to travel to Alexandria and go to the beach and go swimming and enjoy the great weather and the awesome blue sea and the sunrise and the sunset. On the corniche you can see the men who grilled the corn and who sell the lupine. We used to visit all the magnificent, stunner and fabulous places in Alexandria and spend a great time and an amazing vacation.

The Library expanded to include all the knowledge in the ancient world. The Library at its zenith may have over 700.000 scrolls. It was open to all civilizations, systematic efforts was made to collect the best works from all over the world. Any ships that docked in Alexandria were searched and any books on board were copied, scholars from all over the world were invited to come.

The Ancient Library of Alexandria in its first centuries was a mixture of all civilizations, and languages. However the Greek language was most dominate (as English is today). No doubt, the role of Greek thought and philosophy was remarkable in formulating the Hellenistic civilization for which Alexandria with its great library was the intellectual capital to it. The genius of the Hellenistic Culture was to combine the glory of Ancient Greek (Hellenic) culture with the glory of the Egyptian culture.

The Library was not destroyed by the invading Arabs as some stories would have us to believe, it was destroyed much earlier through along decline punctuated with fires and destruction over four and half centuries. The first fire came about during the Alexandrian war when Julius Caesar burnt the Egyptian fleet in 48 B.C. and the fire inadvertently spread to the library buildings near the docks.

During the upheavals of the Roman Empire in the third century of this era Alexandria suffered many upheavals and suppressions which led the city to be invaded by roman armies several times and the whole royal district where the old library and museum were located was destroyed.

Alexandrian scholarships moved to the daughter library in the Temple of Serapis (The Serapeum) in the southwest corner of the city. That also destroyed in a wave of anti-pagan actions and the rest of the library was burnt in The Serapeum in 391 A.D. the daughter library's last recorded scholar was brutally murdered by the mob in 415 A.D. That was 230 years before Amr Ibn El Aas entered Egypt at the head of the first Arab Muslim Army. So it was 1600 years have elapsed since the age of the Ancient Library of Alexandria came to an end.

But the library rebounded again to The New Bibliotheca Alexandrina. It is located on a magnificent site in the Eastern Harbor, facing the sea on the north and Alexandria University Complex on its southern side.