Quality of Life In Arkansas

The Governor of Arkansas, Asa Hutchinson, asks the population of his state to help him in righting some inconsistencies in the quality of daily life. The two segments of people he wants his constituents to help are children in the foster care system and ex-felons ready to reenter society and hold down responsible jobs.

His idea is to call a project that targets both groups "Restore Hope." Governor Hutchinson means to improve the quality of life for all by bringing more jobs to his state, but also through helping children find good homes with permanent families and helping ex-felons to find long term employment. (Reference: TV11, August 25, 2015.)

When I worked under the old JTPA, or Job Training Partnership Act, funds were available at the county level for education and employment training for non- custodial parents and ex-felons, as well as for displaced homemakers, veterans, Hispanics and Somalians, and the homeless. Most of that funding ended when the US Congress authorized the WIA, Workforce Investment Act, to take over funding at the end of the Clinton Presidential Administration.

Five out of the Top 20 Fastest Growing Occupations in Arkansas, including the Top Two, are in the Information Technology (IT) Industry.The industry locally includes not only data, but also healthcare, and aerospace manufacturing.

Most Jobs Cluster Around Little Rock and the NW Corner 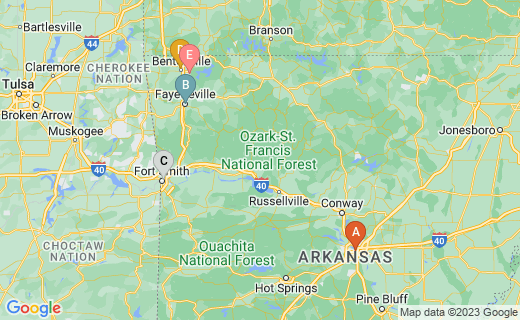 IT And Trucking Jobs Increase

Truck Driving jobs have been a Number One Priority among several companies listing vacancies. Wedding.com advertises many positions in the wedding preparation field, and food chains list openings across the state in crew and management positions. IT jobs are listed in all of the above fields, as well as also in the US military, Texas Instruments, and General Dynamics.

Top 15 Largest Employers Across The State

Employers that maintain the largest employee pools and advertise the most jobs in the state include:

Highest Demand Jobs In Arkansas Through 2022

Out of approximately 60,000 job listings in August - September 2015, at least 15,000 were advertizing for Truck Driving and related positions. This field of work increased suddenly and massively in 2014, but many Information Technology jobs are sill connected to the Trucking Industry,.

Government employment projections on the federal and state level include IT, Truck Driving/Transportation, and Healthcare jobs as the highest to be in demand through 2022.

Companies Offering the Most Job Listings

Sixty years ago in 1949, one Hazel Walker lived in Oak Hill, Arkansas. She played for the women's professional basketball team named the Caraway, Arkansas All-American Red-Heads, which had started out in Missouri. Ms. Walker left the All-American Red Heads and started her own basketball club, named Hazel Walker's Arkansas Travelers. The Travelers played up to six nights a week against men's teams.

The female Arkansas Travelers won over 85% of their games against men.

In all, the Travelers played 16 full seasons and Ms. Walker retired in 1965 at age 50. She and her team are a foundation of the legacy of the Women's Professional Basketball Association.

The female Arkansas Travelers won over 85% of their games against men.

This song, "The Arkansas Traveler", became the state song of Arkansas in 1949 and retained that distinction until 1963. However, it became State Historical Song in 1987.

Dickey-Stephens Park in Little Rock is a Popular Attraction 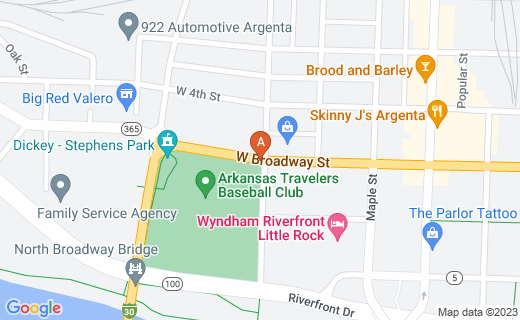 Travelers Then and Now

The ballpark located on the map above is great baseball games and is the the home field of the current Arkansas Travelers of the Texas League. The team is an all-male minor league ball club.