Australia is a land of great beauty - awesome beaches, spectacular views, interesting weather, mountains, jungles, deserts, vibrant cities, quaint villages curious animals and friendly people. But it is also a land of contrasts. Every Aussie (certainly of my generation) learns the poem by Dorothy MacKellar -"I Love a Sunburnt Country". In it, Dot mentions these contrasts - "Her (Australia is female) beauty and her terror"... her "rugged mountain ranges, her droughts and flooding rains," and in summary - "her beauty and her terror...". All true my friends.

1. Arachnids - funnel webs, trapdoor and redback spiders are can be deadly if they bite you, especially you are very young, very old or a bit feeble. Hint - shake your boots in the morning before putting your feet in them or wear thongs so they have no where to hide. If you just hate any and all spiders there are bush spiders of huge size (use a stick to clear their webs when walking on a bush trail). Huntsmen (large tarantula-like creatures that live in campground toilet blocks)

2. Ants - Ants are mainly nuisance value, but there are a lot of them. However, one species I really hate are Bull ants. They are about an inch long; bright red with large yellow mandibles and have a bite like a rabid dog. Individually, they require at least a hammer blow to kill them and about the only way I've seen to eradicate a nest is to pour petrol down the hole and drop a match in it - (don't do this during a total fire ban whatever you do!). Regular black ants will appear out of nowhere in their millions if you drop even one tiny crumb of bread. In some places, if you stand still for a minute they will be up your legs and in your speedos before you can say "Crikey! Ants!"

3. Mosquitos - deadliest animal on earth apparently. While Malaria is not an Australian disease, you can catch Ross River Virus (even in Tasmania) and Dengue Fever, so what ever you do - try not to get bitten. Hint - use Aeroguard and or Bushmans (contains the chemical DEET.) Burn citronella candles, incense sticks and mozzie coils. In the evening wear light coloured clothing that covers your body. don't camp too close to standing water or swamps. Definitely use a mozzie net over the bed (quite romantic actually.)

4. Bushflies - Just a plain pain in the arse. There is NO escape in the spring. Carry a small leafy brach or a fern to swish around your head. Don't disturb them when they settle on your back, at least they won't be in your face. Kill as many as you like but it will do you no good - they just keep coming. I think they live in the ground and come out in the morning when the first rays of sun warm the earth. There are generally fewer flies in the shade, I have found. For bushwalks in fly season, get one of those Mozzie-net burka things to put over your head.

5. Stinging flies - Don't know what they are called (Horse Flies? March Flies?). Big fat, opalescent, with a nasty bite. They are, however, easy to kill (I killed over 90 one night at the pub on Fraser Island in Queensland).

6. Locusts - You normally associate locusts with a. The Bible and b. as a farming hazard; but try driving through a plague of locusts out on the Barkley Tableland! They suddenly hit the front of your vehicle with the force of thrown rocks and a sound like machine gun bullets. When they hit they explode in a glob of greenish-yellow snotty goo that smells as bad as it looks. Even with the wipers on full and the window washer squirting non-stop I couldn't clear the windscreen quick enough. When I cracked open the window less than a centimetre to get some air, one flew in and hit me in the mouth... Mmmm... it then proceded to limp around the floor while I tried to stomp it to death with my bare feet, all while trying to see out the window, steer the van and calm my hysterical girlfirend.

7. Beetles and moths etc - they are just everywhere, part of the atmosphere in fact. They love light and they love your hair.

Moving on to larger creatures...

8. Snakes - Sydney browns, taipans, death adders, copperheads, king browns, tiger snakes to name a few. Hint - when walking in the bush make a noise to scare them away, carry a stick to beat the bush ahead of you. Also watch out for yellow bellied sea snakes, especially in northern tropical waters.

9. Lizards - not really hazards but if cornered, goannas will climb up your body as if you are a tree. The resultant claw wounds WILL NEVER HEAL due to the germs from the carrion they eat (So I was once told - could be true though).

10. Cassowaries - Giant, colourful, dinosaur-like birds found on the North Queensland rainforests around Mission beach and up in Cape Tribulation. They can be aggressive and have huge claw-like talons that can rip a man's guts open if riled.

11. Animals on the Road - Out in the bush, the highways are extremely hazardous from dusk to dawn with kangaroos and cattle wandering about, some would say carelessly. There is a lot of roadkill out there. Make sure you have roo-bars on your vehicle if you plan to go outback.

12. Crocodiles - Oh yes, crocs really are a hazard up in the tropical north. There are signs in many places warning of their presence, but the general rule of thumb is: "if there is a river, billabong, creek, a beach near a river mouth or a mangrove swamp nearby, then there could also be crocs. Salt water crocs are the maneaters but I suppose a freshie would give you a scare if it nudged you while you were taking a dip in a Kakadu billabong. Every year there are at least a couple of people "taken," a rather poignant euphemism for being snapped, drowned and stashed in a mangrove root to rot until ready to eat.

Help is at Hand

Lets take a quick look in the sea...

13. Sharks - What more need I say. Best advice is don't swim in murky, still water near river mouths at dusk, but to be honest, I think apart from swimming in the Great Southern Ocean with a bleeding wound, the chances of being "taken" are less than being hit by lightning. That being said, there has been a rash of shark attacks lately - two in Sydney in two days - what are the chances of that!

14. Blue-ringed octopus - a very small occy with purplish rings around its little body and a bite that will kill you in 10 minutes.

15. Blue bottles - A man-o-war. Long blue tentacles fire stingers into you when they come in contact. Can be quite excruciating.

16. Sea Wasp or Box jellyfish - A tropical sea hazard that can kill you. Depending on the time of year, you should even wear stinger suits even when you go out on the Barrier Reef, though the nasty, kill-you-quick jellyfish prefer the water closer to shore. Take advice about swimming conditions. Generally - Winter is best, while the summer has stingers.

17. Irakanji - A very tiny jellyfish (about a cenitmetre). A sting induces a feeling of doom and then you die. 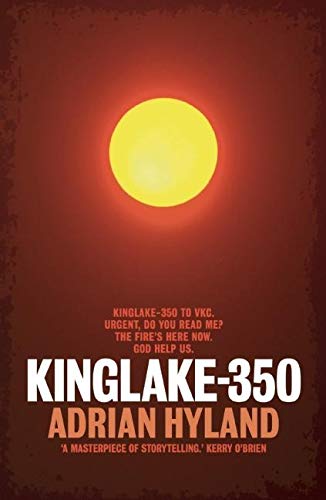 Those are some of the animal hazards. Now for the biggies.

The biggest hazard of all, is of course, ourselves and our fellow humans.

21. Getting lost in the outback

22. Falling asleep at the wheel (during a 250 kilometre drive across featureless flatlands for example)

24. Disrespecting the surf - Beware of rips, undertows and other surfers.

So there it is, my basic list of Aussie hazards. Please don't let this put you off. Every country has its inherent dangers, the best advice is to keep your wits about you and be aware of your surroundings. At least we don't have lions, tigers and wars. Enjoy.

Surfing and the sea down under 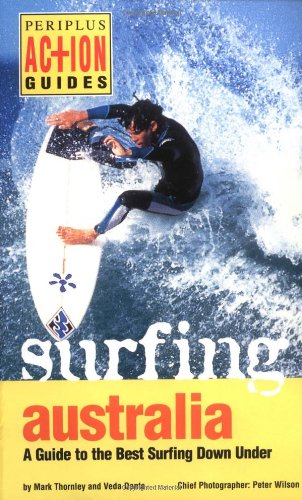 Surfing Australia: A Guide to the Best Surfing Down Under (Periplus Action Guides)
Buy Now