The Essential Guide To Beer, Brits and Belgium

I organised a beer tour of Belgium last month, with a modest budget, and the vague awareness that somewhere along the line I'd actually lost my fondness for the amber ale.

Over the next few posts, I plan to tell you about some very interesting places to visit in Belgium, if you are ordinary Brits, like us, and want to go on a city break that is quite chillaxed.

You see, I don't know about you, but the first bit of stress on holiday in a big city and I think; "Why am I not sitting on a beach reading; sleeping; and bronzing all day?" The prospect of a beer tour with my boyfriend terrified me.

I could see fights brewing, pardon the pun, as we got lost on our way back from some Irish Bar, because that was the only place we could find in the cold December weather. Sound familiar?

Determined not to be Belgium noobs, wandering around asking unfriendly locals for directions, I resolved to compose an itinerary on our behalf. In Microsoft Word, a table formed, I set about furiously researching all that is Belgian, and whatever I could about beer.

The first thing I discovered was that Brussels has a Christmas Market on during the last week of November and the first week of December where brewers of Trappist Beers would be touting their wares. Excellent. That goes on the itinerary.

What I discover, as I research the market we will descend upon during the first week of December, is an on-line tourist map at www.visitbelgium.com. This is very useful to us as it allows me to memorise where to begin touring the 240 market stalls, and what streets they are in.

You might be a fan of "let's just wander around and find them"; like my boyfriend; but I am firmly in the camp of "I'm not going anywhere without a plan". With the basic shape of the route in my head, I had hoped to pick up one of the market maps when we arrived, but alas, our hotel had zero tourist information material, and the tourist spots had very little to offer.

My itinerary demanded we begin at point 15 near the Brussels Central Station exit, and head steadily west from there. We walked straight into a protest march, and managed to ask the police the way to the markets, and then my ability to navigate by the stars, which to be honest, we always find useful when travelling, led us steadily west.

The first stalls, and the scent of gluwein in the air, lit up the night sky, with twinkling gem-coloured lights, and the promise of a good old lope around. It was a cold night, so our beer tour began with hot vin chaud, and we did not mind a bit.

Now I am quite partial to a bit of sausage, and my research into Belgium suggested that there was quite good stuff available in this country.We soon snuffled up to a hotdog stand offering classic german sausages smothered in sauces of choice. Down the hatch.

Sausage puts me in the mood for beer, and although the night was raining lightly, and we could have gotten lost, the inner navigator in me led us past a patch of empty streets.

Affirming the wisdom of researching to myself, we confidently strode toward the "Guests of the Christmas Markets area 5; The Greeks". Alas no beer, but I did get the opportunity to show my boyfriend a new beverage, Grappa. Lovely stuff. We skipped past the posh-Os, who were sitting at a stall offering champagne, and raw oysters. Surely that's a summer thing eh?

Off to the left we sought the Grand Place, checking our Brussels street map, until these 11th Century architectural masterpieces gloomed down upon us. Part of the Christmas Market charm is the Christmas Lights and Winter Wonderland theme, and the Grand Place rose, illuminated by a magnificent Christmas Tree and light display.

The effect was utterly charming, and we bought our first Trappist beer, a Duvel Blue (9% and Amber), from one of the nearby bars. Surprisingly, due to the markets, and the way that the whole of Brussels seem out and about, the beer price was reasonable, considering, at €2.80 a pint.

The Duvel surprised me, the bubbles zinged on my tongue, and the Amber colour left me with a honey burr, at the back of my palate. As we sat there, entranced by the lightshow, I resolved to cross Duvel off my list of beers.

You see, I had written at the bottom of the itinerary, approximately 20 or so essential beers to try. This came in handy, like heading west, when we hit upon a bar offering 2,000 beer choices. If you don't know what to try, you could injest some rubbish, or grow fat on fruit beer. 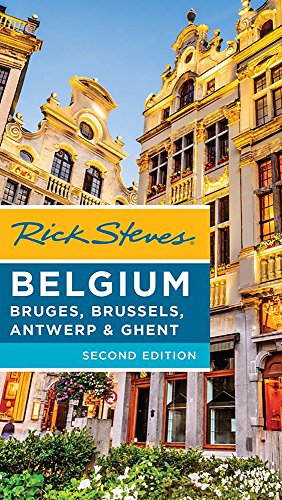