Bellefontaine Cemetery and the Civil War in Missouri

I grew up in the St. Louis Missouri area and still have family there. It wasn't until I was an adult that I began getting interested in the Civil War, so I missed out on some great Civil War related sites during my youth. Cemeteries are a wonderful way to connect to the Civil War and Bellefontaine Cemetery in north St. Louis is chock full of history. Calvary Cemetery is just down the road and has the final resting places of William T Sherman and Dred Scott. Bellefontaine is just as exciting as Calvary is.

The Rural Cemetery Association, headed by banker William McPherson and lawyer John Fletcher Darby, organized the cemetery in 1849 on what was then the outskirts of St. Louis as a means to allow city growth and to ease the concerns that the current cemeteries, located within the city limits, were a health hazard.

The cemetery still has over 100 acres of unused land for burials and as of 2012 has over 87,00 people interred there, including many notable pioneers, politicians, and soldiers. It also contains many architecturally important structures and is on the National Register of Historic Places.

When it comes to significant burials there, specifically Civl War burials, Bellefontaine is actually laid out a little better than Calvary, in that the markers reference a map that is specific to Civil War era figures buried there. There are approximately 31 Civil War individuals buried there, some extremely well known, others not so well known.

I’ll just mention the ones that are better known, with a little minor description of each and then list the rest by name.

Major General Francis Preston Blair Jr. Missouri Senator, Union General and Vice President candidate in 1868. He was a key figure in keeping Missouri in the Union.

Major General Sterling PriceFormer Missouri governor and Confederate General who lead troops at many of the battles within Missouri including Wilson’s Creek, Pilot Knob and Westport.

Major General John PopeUnion general who was appointed to lead the Army of the Potomac by President Lincoln and commanded at Second Bull Run.

Colonel Emmett MacDonaldConfederate Colonel who was captured at Camp Jackson but released and wound up fighting at Wilson’s Creek, Carthage, Pea Ridge and Lexington. Mortally wounded in the thigh in Hartville, MO.

Those five, in my opinion are the more noteworthy of the Civil War people buried here. That leaves many who contributed a lot, but honestly are remembered more by historians and Civil War buffs than by the mainstream. They are:

CPT Given Campbell (escort for Jefferson Davis after fall of Richmond) 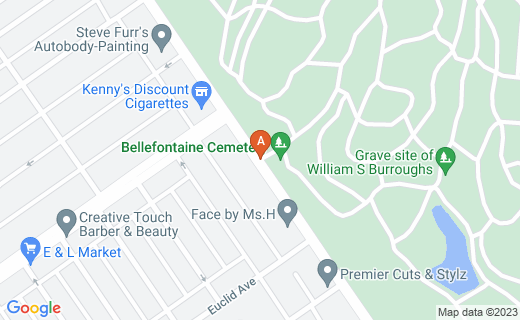