The Texas Cowboy in a 10-gallon hat, chaps, and spurs out front is a a sort of caricature of neon cowboy in Las Vegas on the Strip. If you see this sign in Bay City, Michigan, stop and go inside, because you'll not regret it. The good food and relaxing atmosphere inside are just what you need after running errands, a long day at work, or a long drive from out of state.

Just east off I-75/US 23 in the Business District of Bay City, Michigan is a great family restaurant/cafe called The Texan. It's been operating since 1968 and retains much of the same flavor and atmosphere. Some people call it a "quieter Applebees." After a long drive or just running errands, this is a friendly, comfortable place to relax and enjoy unhurried casual dining without hoopla.

The Texan offers a large menu of breakfast, lunch, and dinner; hot meals, large salads, snacks, sandwiches, many side dishes, and fresh desserts. The restaurant advertises a Friday Night Buffet and Weekend Breakfast Buffets as well. One of their best-known drawing cards is their freshly brewed iced tea and it is one of my favorites. In fact, they sell the brew by the gallons for home parties.

For many years, I searched for a Rueben sandwich platter like one I enjoyed for the first time as a teen in a short-lived deli-themed restaurant in Central Ohio. The place was called The Upper Krust and had a bright yellow interior with good lighting and friendly staff.Having never had corned beef before - never even heard of it - I was delighted with the meal. Other restaurants in Ohio have served a Rueben now and again, but not like that one. In Michican years later, I was surprised to find a Rueben platter as good as the first one in Bay City at The Texan.

The management and staff of the Texan Family Restaurant in Bay City are pleased to offer carryout service as well. To order call

The Texan in Bay City 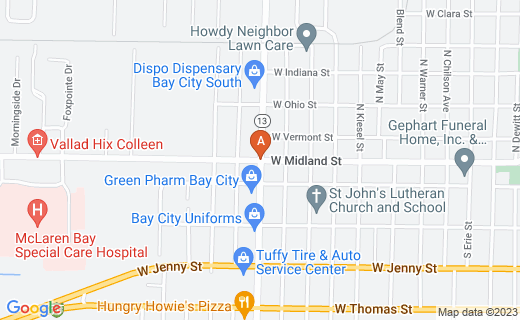 The Texan prepares meals and snacks seven days a week, with a salad and buffet bar, and is open 24 hours a day. The main theme of the menu is America, but Mexican foods are also offered in appetizers and main dishes like Fajitas. Burritos, Nachos, and other dishes -- Their nacho platter is so huge that is will feed two people. Buffalo Wings are delicious as well. On the healthier side, the chefs prepare wrap sandwiches and large salads that make an entire meal.

The atmosphere is comfortable, cozy, but well lighted and friendly. The walls are decorated with western and local Bay City historical images that are familiar to long-time residents. Wagon wheels and sturdy wooden tables and seating add to the ambience and diners always seem relaxed and happy when I visit. In this respect, it reminds me of the old Wagon Wheel Family Restaurant that operated for a time in the Dayton, Ohio area.

The Texan is divided into large rooms and can accommodate parties for weddings, birthdays, anniversaries, showers, and all sorts of celebrations. The current chain of three restaurants is not advertised as heavily as other more modern Bay City dining spots that are featured in travel and tour guides, but it is one of my favorites after a long drive from Ohio.

Look at the Facebook link below for some of the stories people tell about being at the Texan in high school. Some are little wild! 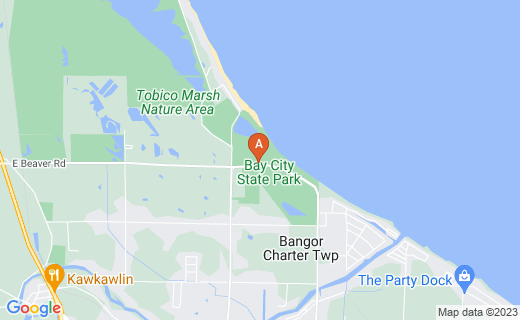 The Texan and Its Chain Locations

The three restaurants currently in the chain of Texan Family Restaurants form a triangle around the local Mid-Michigan airport, MBS International. Among the traveler reviews I've read of the three restaurants, the Bay CIty Texan is often the best for food and service.

Additional Texan Restaurants have operated in Bay City and around Mid-Michigan, but have closed and the properties sold to companies that started other restaurants, such as Chinese. Among newer types of restuarants, the Texan might seem boring, but the Bay City Texan Family Restaurantis still one of my favorites. One "coffee club" of regulars for over 20 years move from Texan to Texan as the older units close. They love it, too! 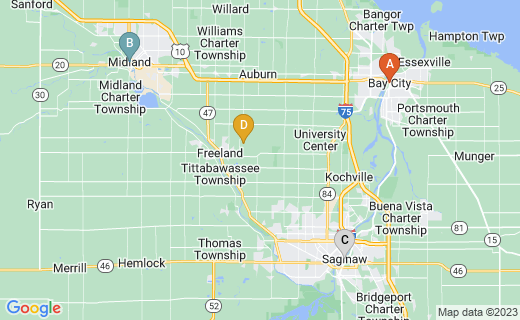 The original owners of the Texan Family Restuarants opened their chain in 1968, a time when many dining chains and independents (like the Wagon Wheel) offered a western theme. This was in part a response tp the popularitiy of the TV westerns of the 1950s to 1970s. These shows included many half-hour and hour-long series, among them Sugarfoot, The Rifleman, Gunsmoke (1955 - 1975), Paladin/Have Gun Will Travel, Rawhide, The Lone Ranger, Zorro, and several others. Families enjoyed warching Maverick with James Garner and the Roy Rogers films, along with dozens of other cowboys on television. The cowboy and western theme was considered down to earth and family friendly, despite blazing guns and Indian controversies.

One of the longest running western series was Bonanza(1959 - 1973), starring Lorne Greene, Pernell Roberts, Dan Blocker, and Michael Landon. It inspired the creation of two steakhouse chains: Ponderosa and Bonanza.

The Texan Family Restaurants have maintained through the 1970s up to 2010s as well, living through such series as McCloud; Harts of the West; Kung Fu; Walker, Texas Ranger; Dr. Quinn, Medicine Woman; and many others.