I enjoy writing about personal experiences with my family. I am interested in traveling, any culture, ancestry relationships and animals.

Since 1626, settlers arrived in Salem led by Roger Conant and Salem has been attracting people ever since. Many come to visit and some decide to stay and make Salem their home. Salem has a rich history in the spice trade with the East Indies, plus it is the birthplace of the National Guard. Millions of people from around the globe visit Salem annually. Of course, Halloween is very busy and has numerous fun attractions.

Salem is the most well known as the site of the famous witch trials as of 1692, but this colorful, coastal city has much to offer both residents and visitors. This area has a culturally diverse population, plus it is rich in maritime heritage. The unique historical architecture covers the last four centuries. Along the waterfront, the spice trade is gone, but they have diverse recreation and commercial sites.

My friend, Carol, lived in Connecticut a few years ago, so my sister and I went to visit. We decided to spend a day in Salem. It was really interesting and we had so much fun. We went to the common tourist's spots, like the Witch's House and the Museum. We heard the horrid stories of the witch trials. We toured the shops and ate in the restaurants. We were there in early October, and they have all kinds of festivals in the fall of the year. 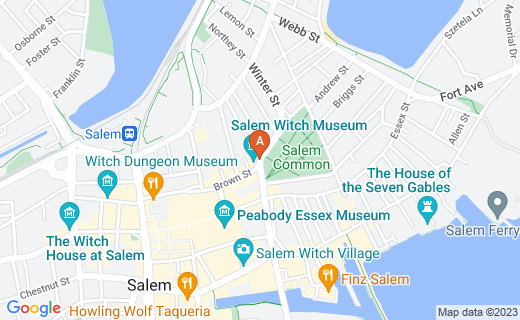 He was called upon to investigate the claims of diabolical activity when a surge of witchcraft accusations arose in Salem and neighboring communities. All nineteen girls refused to admit to witchcraft and maintained their innocence throughout. When you visit the House they recount the events of the trials and discuss witchcraft in general.

Mysterious Journeys: The Witches of Salem

The witch trials were also held in other communities with 150 people arrested and imprisoned. The two courts convicted twenty-nine people of the capital felony of witchcraft. Nineteen of the accused, fourteen women and five men, were hanged.

This house was almost torn down in 1944, but concerned citizens raised $42,500 needed to move and restore the building. The new museum opened in 1948. Today they tell about the trials and the material culture of that period.

Nathan Hawthorne, the famous author, was born in Salem in 1804. He actually changed his last name to Hale to disassociate himself from the witch trials. He attended Bowdoin with one of his classmates being Henry Wadsworth Longfellow.

He started his writing career anonymously at first and then published several short stories. One of his best-known stories is The Scarlet Letter. His themes usually centered around New England and the themes often reflected the inherent evil and sin of humanity.

There is a unique little area called Artist Row. The artist stalls are open from May 27th to November 1st.

There are all kinds of neat little shops and a restaurant called The Lobster Shanty Restaurant with this sign describing their service.

However, the food is quite good and it is all in good fun 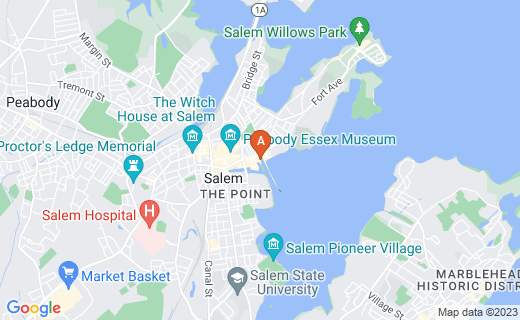 The National Park Service where the National Maritime building is located is another great place to visit and covers nice acres and about an hour to tour. The Derby House was built in the Cape Cod area in 1762, by Elias Hasket and Elizabeth Crown in Shield Derby, and they lived there for the first 20 years while raising 7 children. Hasket converted many of his cargo vessels to privateers as part of the war effort. He also became even wealthier so after the Revolutionary War, he and others founded the great East India trade. This is another house which you may choose to tour

Docked there is the Salem East India Friendship,which was launched in 1797. She made 15 voyages during her career to Batavia, India, China, South America, the Caribbean, England, Germany, the Mediterranean, and Russia, but was eventually captured by the British.

One other worthy place to tell you about is the Peabody Essex Museum.

The museum has so much to offer with wonderful exhibits and the new Treasure from the Golden City. They also have a Tour of historic homes as they have been a pioneer of acquisition, relocation, restoration, and interpreting historical events. Salem has a wonderful variety of homes that include every American style of architecture.

A new exhibit in Salem is the Peabody Essex Museum unveiling the Chinese Emperor’s Private Paradise: Treasure from the Forbidden City, on view from September 14, 2010 – January 9, 2011. This is the Emperor’s private retreat deep within the Forbidden City which is an 18th-century compound hidden in a quadrant of the huge imperial complex near the Qianlong Garden (also known as the Tranquility and Longevity Palace) which is part of a ten-year conservation initiative.

The museum has so much to offer with wonderful exhibits and the new Treasure from the Golden City exhibit, which just started. Ninety objects of ceremony and leisure, including murals, paintings, wall coverings, furniture, architectural elements, jades and cloisonné will unveil the reign of the Qianlong Emperor (r1736-1796), which is one of history’s most influential figures as he was very powerful and one of the most wealthy men in the world during his lifetime. He was a devout Buddhist, a connoisseur, and a scholar. He created a luxurious garden compound.

Accommodations for lodging and restaurants are wonderful in Boston and you can find good accommodations in Salem as well. They have two hotels that have award-winning service with great restaurants, plus there are many bed and breakfast locations.

There are enough attractions to keep you busy for days if you have the time. Salem is an interesting place to visit and uniquely different from anywhere else I have been.