Developer’s Diversified Realty Corporation — known to many by its stock ticker identity of DDR — in 2009 expanded its headquarters operations in Beachwood, Ohio, just east of Cleveland, near the burgeoning I-271 corridor near Chagrin Boulevard. 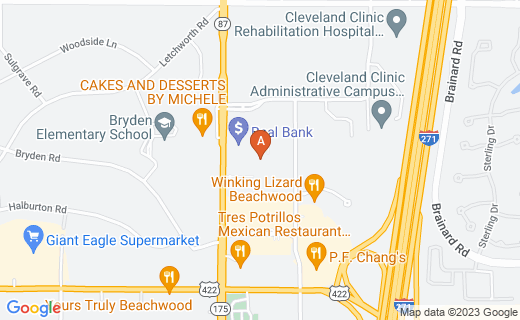 Throughout Northeastern Ohio, DDR had employed fewer than about 500 people at the start of design and construction construction of this headquarters facility. The eventual occupancy of the facility can now grow to about 1,300 employees. Until staffing reaches that level, DDR has filled any space not yet needed by the company by leasing space to other office tenants seeking Class A digs in the popular eastside corporate office district.

DDR remains one of the nation’s largest owners and managers of retail centers throughout the United States. The company, originally founded as Developers Diversified in 1965 by Bart Wolstein of Cleveland, has traditionally specialized in big-box retail centers — those anchored and/or occupied primarily by such ‘big-box’ retailers as Walmart, Target, Kmart, Best Buy, Costco, Sam’s Club, Sears, and so on. But, as the fortunes and mix of those important big-box tenants have shifted, so too has the style and mix of DDR projects. Bart’s son, Scott Wolstein, served for many years as Chairman of the NYSE-traded real estate investment trust (REIT), and remains influential in commercial real estate development.