Donovan’s Indonesia: Diving within the “Ring of Fire” Part 1: The Perfect Fishermen of Eastern Indonesia.

Don’t be alarmed, I claim no ownership rights over Indonesia in any sense. My articles are just Indonesia through my eyes. Originally from Australia, I have now spent well over half my life living and working (if you consider recreational diving as work) in Kupang, the capital of East Nusa Tenggara situated on the island of Timor.

With over 7,000 dives throughout Indonesia (over 4,000 of those in the Alor archipelago), I consider myself to at least be half qualified to describe Indonesia and it’s diving with some form of authority. I hope everyone finds this article both educational and at the same time interesting.

The Alor Archipelago is a relatively small group of seven main islands (Indonesia has over 17,500 islands) sprinkled within the Eastern Indonesian section of the “Ring of Fire” lying between Bali and Papua(formally known as Irian Jaya). Alor is the largest of these islands with Kalabahi as it’s main town with an estimated(2010) population of just 45,000 people.

The subject of “Alor” would most likely only come up in conversations between either linguistic scholars or world traveled divers.

Linguistic scholars, because the Alor archipelago alone has between 15-20 separate documented languages. Thus Alor has become the internationally desired destination to study, as well as record, the origins and structural characteristic similarities (or lack of) between such a unique group of languages.

World traveled divers, because to put it simply, Alor has some of the world’s best diving available and it’s still totally undeveloped in relation to tourism. Mainly only world travelled divers have ventured to these more remote and seemingly unknown locations.

When I say “undeveloped” I mean it in a good way. No 5-star resorts. No Jumbo jets. Not 50-100 divers clamoring along the same piece of reef at any one time. For many world traveled divers, Alor represents one of the last virgin dive destinations left on our beautiful planet.

For those of you who are unfamiliar with diving throughout Eastern Indonesian, here is a short description of its uniqueness.

Located inside “The Coral Triangle”, also known as the epicenter for global marine biodiversity, the region is home to over 500 species of reef building corals and 3,000 species of fish. For comparison, the Caribbean has in the vicinity of one fifth of these fish and coral specie numbers.

Another factor which enhances the allure of diving in the Alor archipelago is the local aboriginal village people and there traditional fishing techniques. Picture how local indigenous island inhabitants worldwide were fishing hundreds (if not thousands) of years ago. The Alorese still fish with those methods today (written March, 2013) and have a unique symbiotic relationship with the reefs surrounding their individual villages.

Bamboo and rattan woven fish traps or baskets known locally as “Bubu” are carefully placed in the white sandy areas of the reef adjacent to a pristine coral head. No damage, no disruption to the natural ecosystem and no detrimental effects to the reef. The traps are monitored daily for catch and raised, emptied and return to continue to support the village with fresh fish and other unfortunate marine life that may just happen to wander in them.

One of the fortunate factors in this equation is the fact that these eco-friendly fishing methods are still being past down from father to son (girls and women rarely venture out to fish). I frequently witness children as young as 3-4 years accompanying their fathers, brothers or uncles in the small canoes used to tend the traps. Learning by doing, seams to be the perfect solution to continuing a sustainable harvesting method that ensures the village’s constant supply of fresh produce. As they don’t export or catch more fish than they need, it proves that they respect their fortunate situation of having a rich source of food at their doorstep and have no desire to exploit it.

Anyway, back to the diving. The geographical layout of the Alor archipelago insures protection of all the main dive sites from uncomfortable weather conditions. So, smooth boat rides and calm seas are the daily norm for diving in Alor.

While underwater, you can enjoy frequent sightings of 4m nurse sharks (the tropical species that often lay on the sandy areas of the reef bottom) as well as the normal encounters of larger marine life like dog-tooth tuna, semi-pelagic sharks, marlin and sailfish, turtles, napoleon wrasse and giant groupers. Great and chevron barracudas, mackerel, a variety of reef rays, different types of lobsters as well as almost daily sightings of dolphins, pilot whales and sperm whales from the dive boat while trans versing the strait between Alor and Pantar.

The Alor archipelago is honestly a marine wonderland without equal. I hope you get a chance to experience it as I have.

Diving in Alor can be done with the most experienced dive operator called Dive Alor Dive where personalized fully accompanied dive packages are tailored to suit you or your group’s individual requirements. Dive Alor Dive is the original founder and developer of the Alor diving scene with experience in diving in Alor for over 20 years.

Well, because there is so many amazing things about this region, where I have been living for over 23 years, this article will be my first in a series of living and diving Eastern Indonesia. Please stay tuned for my next installment.

Dive Alor Dive Maps for You... 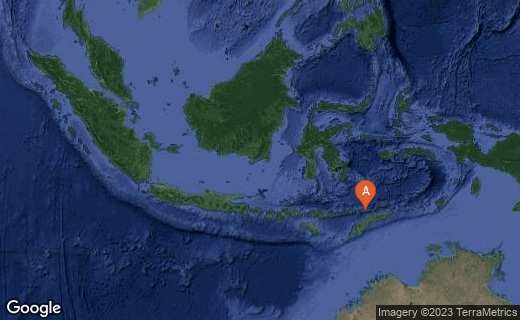