Flores is the Portuguese name which means “flower” and describes the beauty to be found there. It is crowded by calnoes and mountain. Sumba is now famous for its horses and excellent style of woven-cloth. There are some enormous megalithic tombs in West Sumba that where incredible rituals take place such “Pasola”. This ritual is where hundreds of horsemen fling spears at each other in of uninhabited white-sand beach. Are you ready to travel from Bali to Lombok then to Flores Island and dive in the best spot at Alor beach? Are you dare to feeding the extraordinary giant lizard the Komodo Dragon Island? Let’s reveal the exotics of East Nusa Tenggara.

Komodo Island is a small island of the 280 square kilometer and located between the island of Sumbawa and Flores. The island is famous for its giant lizard Komodo which is considered the last of their kind reminding in the world today. The unique and rare species Komodo Dragon (Varanus Komodoensis) is actually a giant monitor lizard. Growing up 3 up 4 meters in length, its ancestors roamed the earth up to about half a million years ago.

Maumere is a port town in the northeastern coast of Flores (East Nusa Tenggara) and stopover on the way to Ende and Denpasar, and Makassar, and noted for its good beaches. The bay of Maumere, Waiara, is considered the best diving spot named Flores Marine Resort as it promise extremely rich marine life. Take your diving equipment, let’s go there. 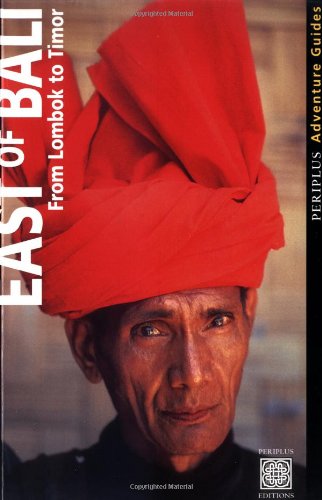 Ende was site of kingdom that existed around the end of the 18th century. Ende today is capital of Ende regency. In 1934, Indonesia nationalist leader, Soekarno who then become Indonesia first president, was exiled to Ende by the Dutch colonial government. You can find unique culture of Ende and Lio people in this exotic area.

Mysterious and dramatic sights East Nusa Tenggara can be found on the top of Kelimutu Lake and Mountain, some 66 kilometer from Ende, or 88 kilometer from Maumere. Kelimutu has three crater lakes with their respective color. The Kelimutu is located at the back of Mount Kelibara, in the Wolowaru District in the Ende, Regency of Central Flores. This mountain is holy to the local people because it provides fertility to the surrounding areas.

Labuanbajo is a little town inhabited by fishermen, lies at the extreme western part of Flores Island. The town serves as a jumping off point for the trip to Komodo Island. It is a beautiful area in East Nusa Tenggara for water skiing, wind surfing, fishing and many other marine activities. You can also sailing with fishermen to catch the fish with traditional boat, are you interesting?

Alor the Heaven of Divers

If you would like to diving in the best spot, well come to Alor. The place is now famous among tourists, especially divers from all over the world as “the best”. Lembata Island is known throughout the world as the home of traditional whaling. Big fish, sharks, pristine coral and spectacular walls that drop to infinity combined with breathtaking panorama above water, make it the ultimate dive destination.