Villajoyosa is a small seaside town on the Costa Blanca in Spain. It is a delightful mixture of the old and the new.

The old dates back to the 1300’s and the new is being built all around us as I write. Villa as it is often called by the locals is a fishing port that still has a beautiful harbour and marina plus a working boat yard.

Unusually the boatyard still often works on wooden boats, boatyards capable of working on wooden vessels is getting to be a real rarity these days.

It is a beautiful little port that is in much demand by leisure sailors, this video shows my husband at the tiller of a friends boat leaving Villajoyosa port.

Villajoyosa is only seven kilometers from Benidorm which is Spain's most popular holiday destination.

Sailing out of Villajoyosa port

Spain is a Catholic country and almost all of its many fiestas have their roots in the church. Easter is celebrated in Villa by a fiesta that goes on for a week.

Everyday during Holy Week or Semana Santa there is some sort of parade or celebration going on in the town.

The robes worn by the Penitents (this is the name for those who take part in the parade ) are very similar to those worn by the Klansmen in the KKK in the United States.

The first time that you see the penitents congregating in their robes it can be very disconcerting and more than a little menacing.

Though to be fair to the Spanish the negative associations that people hold in regards to these robes in modern times is more down to the actions of Klansmen of America.

The Spanish had these robes long before anyone even thought of the KKK but the negative associations that rightfully go along with the wearing of the robes that stem from the Spanish inquisition has for the most part been forgotten by today's generation..

The colours of the robes worn by the Penitents use to be determined by the trade or Guild of the Penitent. In Villajoyosa they have robes of Black, White,  Red, Purple, Blue and some of a mixture of colours. 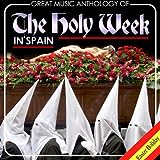 In the Solemn Parade the only sound is that of the huge kettle drums that lead the parade through the streets. Before the parade begins you will see many of the penitents walking in their robes to the starting place of the parade some already wearing their hoods but some carying them. Fully robed they can look quite menacing but when you see the little old Spanish matrons donning their hoods they tend to look a lot less daunting. What is really creepy to see is very young children fully clad in miniature versions of the same robes that the adult penitents are wearing including the hoods.

My Other Travel Hubs

If you have enjoyed this hub you might enjoy some of the other places I have visited and written about.

My Other Travel Hubs

It is said that Villajoyosa's Moors and Christians fiesta is the best in all of Spain.

The sea battle which takes place at dawn is spectacular and we have video and photograps of this on the hub.