I’d been travelling around Asia for almost six months when I pitched up in Hong Kong. I found myself a cramped room in Tsim Sha Tsui’s notoriously unsafe Chung King Mansions – a labyrinthine fire-trap of low-budget backpacker rooms – and began to plot my new life. Having been made redundant (thank you, Rupert Murdoch) from my job in London, I’d heard about opportunities in the so-called Fragrant Harbour, and having a couple of friends over there already, thought I’d take my chance.

In the early 90s Hong Kong was a place full of opportunities where almost anything could happen, which was just as well, because by day two I’d realised that I’d overestimated my finances somewhat and was down to about £30. Yes, thirty pounds and an onward ticket to Japan. Oops. Oddly unfazed by this, I simply set about getting a job, and within a week I’d not only achieved that, I’d also found somewhere relatively salubrious to live. My intended six week stay lasted for two and a half years. (I never did make it to Japan.)

So how could it have been so easy? Let’s take my job interview. My boss-to-be, an imposing American I’ll call Darth, kept me waiting for an hour only to walk out of his office mumbling something incomprehensible. When he turned to glower at me for not responding, I realised he was inviting me to join him at a function. We tripped off by chauffer-driven car to one of Hong Kong Island’s most lavish hotels. As he mingled with assorted dignitaries and hangers-on, I sipped an orange juice and tried not to feel out of place. Only days earlier I’d been lazing on a beach on Thailand’s Koh Phangan, the biggest decisions of my day being where to have lunch and dinner. A smart suited English girl asked me for my business card, only to turn away when I admitted that I didn’t even have a job yet. The message was clear: in Hong Kong, you live to work. Without a job, and its status, you might as well not exist.

Eventually Darth did get round to asking me a few questions. The do was in honour of the British former boxer Frank Bruno, who’d done some presenting work for the company. As Frank went round shaking hands, Darth introduced me to him as someone ‘who was coming on board’. I remember thinking ‘he just told Frank Bruno I got a job’, and it happened like that. I started work the following day.

Having spent the last couple of months drifting from one idyllic Thai or Malaysian beach to another, entering the Hong Kong working environment was somewhat of a culture shock.   The company was just starting up, so Darth expected us to work until nine, ten or eleven at night, and every Saturday morning.  I learnt to expect the unexpected: if I went in with a plan of my day’s activities I could be sure that everything would be turned upside down before my first sip of coffee.

I don’t particularly remember my first day, but I do remember walking out of the office that evening, only to realise that I had nowhere – literally, nowhere – to go.  I’d migrated from Chung King Mansions to the guest room of an old friend, but not wanting to outstay my welcome, had moved out that morning.  I’d noticed a reasonable-looking hotel in the area and so checked myself in, only to find that rooms could be rented by the hour.  I was alone in a love-motel.  Actually, it was perfectly fine, and I would have stayed there longer, but in a stolen five minute period the following day, I checked the South China Morning Post and found a room available in a shared flat in Happy Valley, not too far from the office.  It wasn’t ideal but it kept me going until I’d cleared my three months’ probationary period.

Here are the key things you need to know about living in Hong Kong. It’s work-orientated, and leisure is spent eating, drinking and shopping, in no particular order. You can eat exceptionally well in Hong Kong, but there are really two cuisines: one for the expats and tourists, and another for the locals, who love to eat parts of animals we in the west don’t even know exist. On a dim sum lunch menu of around two hundred dishes, for example, there were only around six my friend and I could ever bring ourselves to order. Street food stalls would tempt (not) with bright orange-coloured pigs’ ears, trotters and snouts. Even the food you think you know, like chicken and duck, comes out differently, chopped up into tiny bits, ensuring a bone in every bite. Stir that bowl of chicken soup and if you’re really lucky, the chicken’s head will pop up, reminding you of its lost life. Order a Peking Duck in a restaurant and they’ll wheel the duck out, expertly slice off the skin and then take all the meat away, leaving you to enjoy all the fatty bits with your plum sauce. And, shame on me, I never did try that most favourite of Hong Kong delights, chickens’ feet.

For a long time I lived near a popular market street. If I timed my walk badly I’d coincide with the freshly-delivered pigs’ corpses being dumped unceremoniously on the street, followed by the great splat of offal being dropped off the back of the truck and onto the tarmac. My designer heels would trip through rivers of blood, and I’d emerge onto the main street to wait for the tram by the breakfast man, piling mountains of steaming hot noodles into greaseproof paper packages, and adding spoonfuls of mysterious powders and ointments to them for his waiting customers.

As much as I loved Hong Kong’s verve and excitement, there were times when I longed to live in Paris, and to nibble mysteriously on a croissant with my café au lait .

As for clothes shopping, well, it was great, providing you were a size 0 to 4. But a strapping European? Forget it. I can’t remember how many times I was humiliated by giggling shop assistants for being ‘extra large’.

A friend used to joke that the best thing about Hong Kong was the departure lounge at (the now disused) Kai Tak airport. She had a point. At the first whiff of a bank holiday (and Hong Kong is quite generous in that way) you’d leave – to kick around there for a full three or four days was unthinkable. And so I filled my passport with interesting stamps: the Philippines was a favourite, with its islands such as Borocay and Cebu with their gloriously white beaches. Once I met my mother in Singapore and we took the overnight train up to Kuala Lumpur in Malaysia, and from there ventured to the hill stations of the Cameron Highlands, where the buildings are incongruously faux British in style. Bali was another good spot, and I made it into China twice: to Beijing and to Yangshuo, south of Guilin, where we cycled among the extraordinary limestone peaks. Then there was my relatively intrepid visit to Hanoi, Vietnam. I still have my souvenir Ho Chi Minh testament somewhere.

I can’t remember the exact moment that I discovered that Rupert Murdoch had – yet again – bought out my company, but it coincided with my father’s sudden death and the feeling that the party, for me at least, was coming to an end, and that it was time to move on.

I’ve subsequently been back to Hong Kong several times, and although it’s still just as loud and as energetic and as frenetic as it ever was, it’s also even more polluted, and there seem to be far fewer opportunities for us ‘gweilos’, or ‘foreign devils’.

But it was a fantastic experience and I made several friends for life, and so for someone who pitched up, somewhat witlessly, with only spare change in the bank account, it really couldn’t have turned out better. 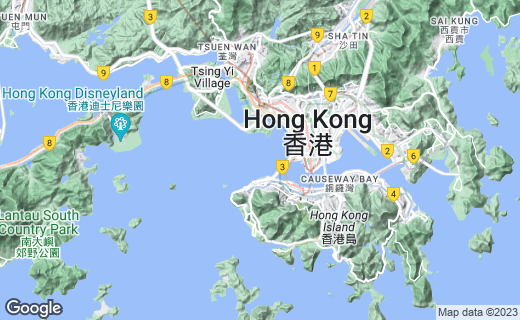